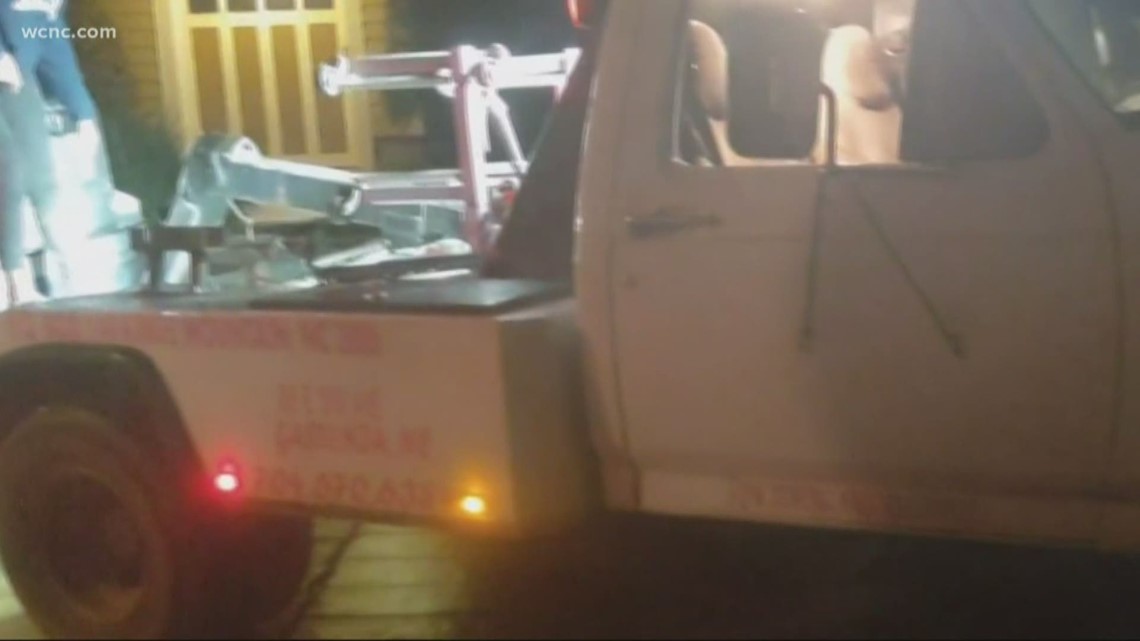 A dramatic standoff with a Gastonia-based towing company is the latest incident that has car owners begging for something to happen.

A woman actually climbed onto the truck trying to stop the driver from towing a minivan. It's the same company — RPM Towing — that was involved in a heated exchange WCNC Charlotte reported on last year. Months later, a third incident landed the owner in jail.

A Defenders investigation revealed that towing company practices are almost completely unregulated. WCNC Charlotte has talked to the owner of RPM Towing repeatedly, and each time he's refused to go on camera, saying he stands behind his company's practices.

In the video, you can hear the desperate pleas from a woman whose car was about to be towed out of her own driveway.

"That's my vehicle," the woman shouts to the tow truck driver.

The woman was in a domestic dispute and her car was caught in the middle. While tows over shared marital property may happen from time to time, they don't always go like the incident caught on camera.

The woman in the video says the tow truck driver hit her with his truck as he was pulling off.

"He flipped the switch and it started lifting my car with my foot stuck in it," she said. "I'm surprised that they're still in business."

She's surprised because it's the same company WCNC Charlotte has highlighted over and over again.

In September, they tried to illegally tow a legally parked car, upping the price to drop it. RPM tried it again in December, demanding different amounts of cash and tried to tow a running car when people were still sitting in it. That time, the owner of RPM, Joshua Fischer, wound up getting arrested.

But most of the time, the Better Business Bureau (BBB) says there's very little that can be done.

"You're completely at their mercy," said Tom Bartholomy with the BBB.

In 2014, the North Carolina Supreme Court ruled that the government can't cap how much towing companies charge.

"The way the ordinance is structured right now, it doesn't afford any consumer protection," Bartholomy said.

WCNC Charlotte did some investigating and learned the Attorney General's office has had multiple complaints about RPM's towing practices. Gastonia Police once even banned them from operating until the company started following city ordinances. This time, a family called Gastonia Police to the scene, but officers couldn't find any law that RPM was breaking.

Bottom line, these toe-to-toe exchanges on camera may be cringeworthy, but they're rarely criminal.