Viewer 'Gets McGinty' to get rid of dangerous eyesore

A Charlotte viewer reached out to Bill McGinty for help to get rid of a neighborhood eyesore that people have been complaining about for years. 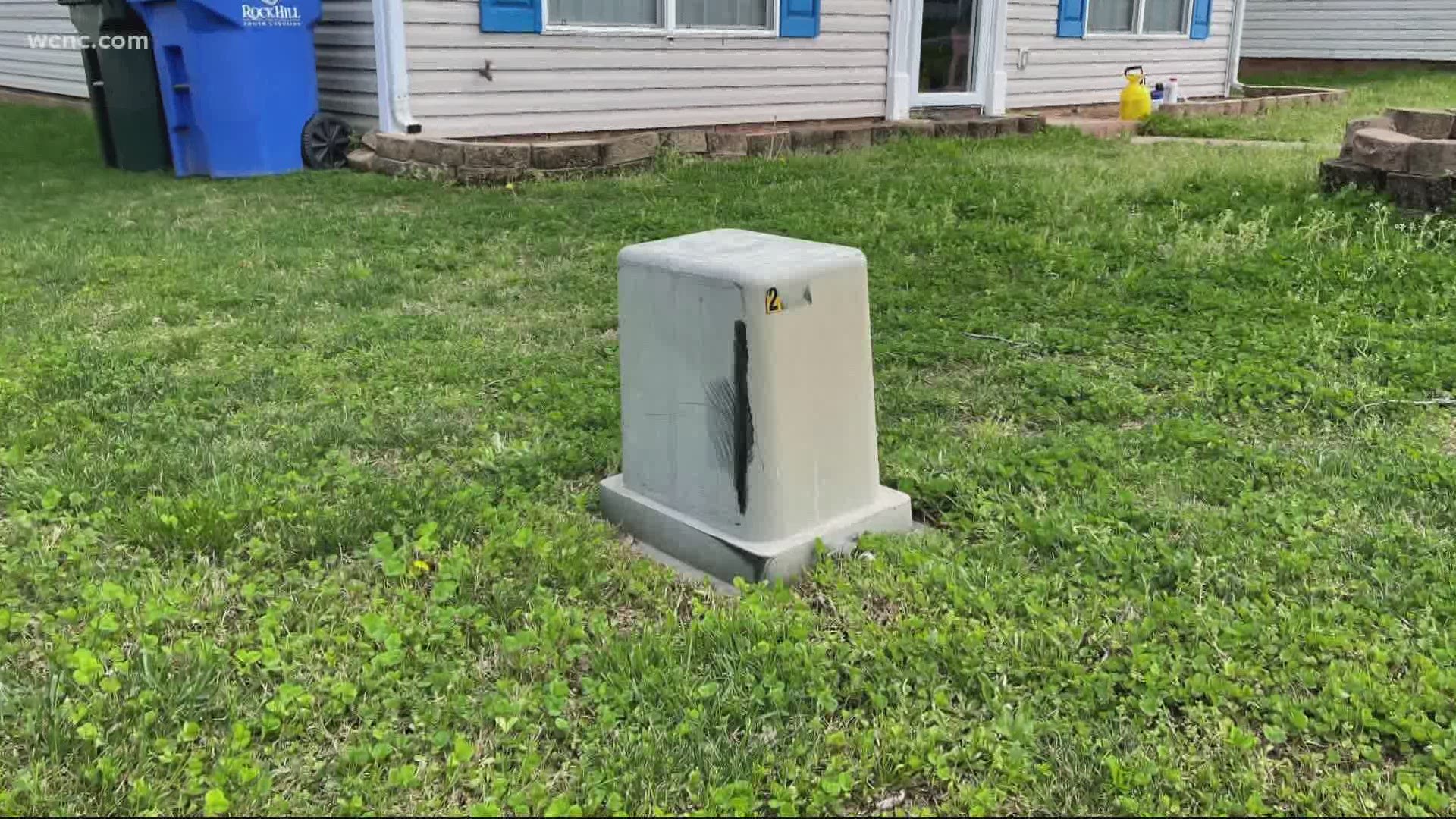 CHARLOTTE, N.C. — Sometimes those seemingly small problems can get under your skin, especially when it’s probably an easy fix.  That was the case in a Charlotte neighborhood that had to “Get McGinty” to get a large utility to make a repair!

WCNC’S Bill McGinty often said, “no problem too big or too small”. This was a small one, but if you live in the neighborhood and have to look at it, it’s an eyesore.  And, it was important because neighbors said the issue was dangerous for kids.

Most people have them in their neighborhoods, those greenish utility boxes for power, phone, cable, and internet.  But this one looked frightening and frankly dangerous.

“We had an AT&T box that had been in disrepair since we moved in in 2017,” said neighbor Beverly Schroth.

Schroth said it looked dangerous because wires were hanging out of it and it had twisted sharp metal. Schroth said she and her neighbors made several tries to get it resolved.  Frustrated with no action, neighbors emailed Bill McGinty who in turn emailed AT&T.  The utility company was very responsive and promised to look into it right away.  Within days, workers were sighted on the street and the box was repaired.

“All is good, yes, we are very pleased,” said Schroth.

If you have a problem you would like Consumer Investigative Reporter Bill McGinty to investigate, email him at bmcginty@wcnc.com.