Harold Easter, 41, died in CMPD custody after officers stopped him for a suspected drug deal. 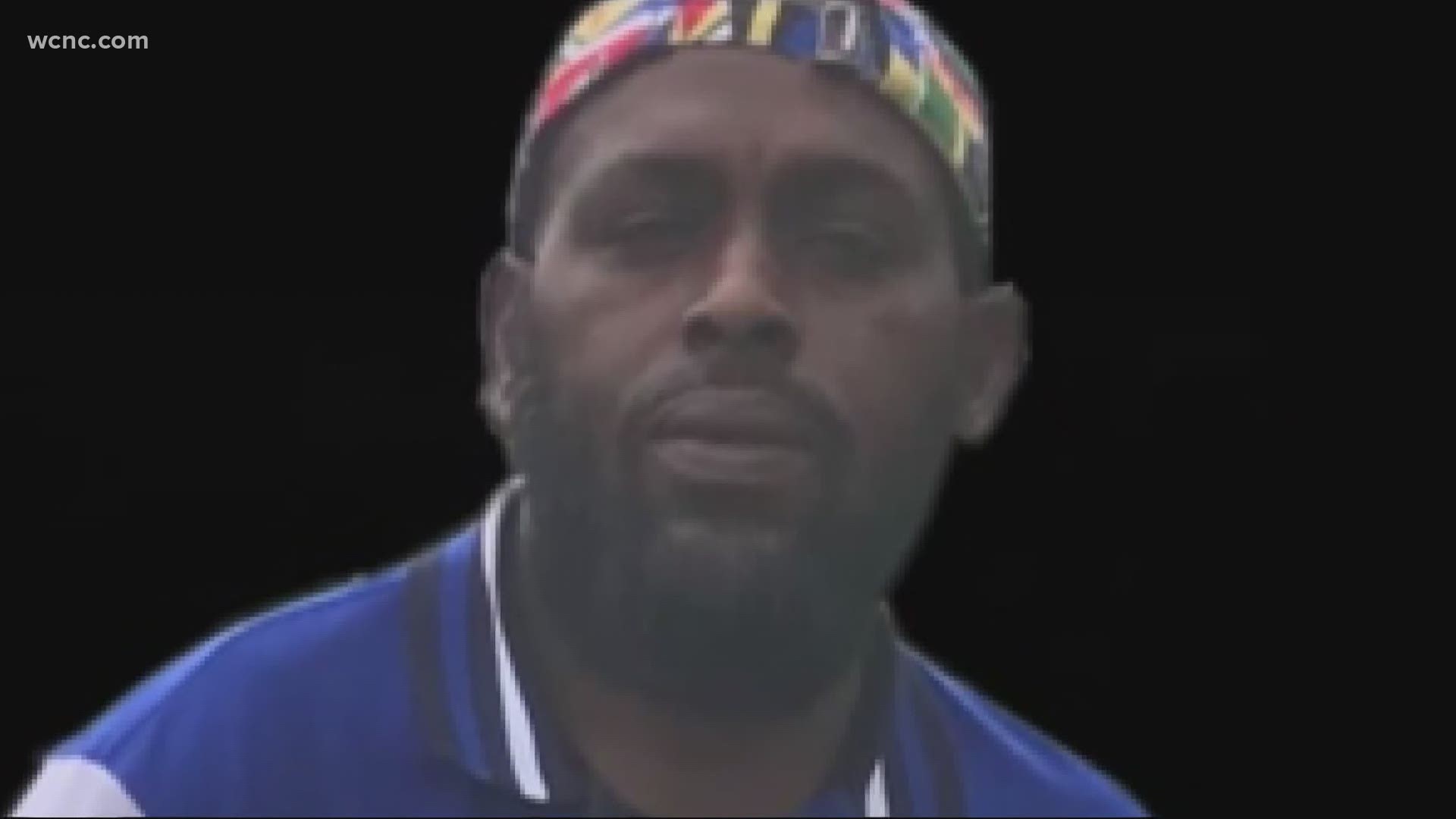 A criminal investigation into the death of Easter remains open by the Mecklenburg County District Attorney's office.

On Thursday, an review board recommended the four officers and the one sergeant be cited for termination. CMPD Chief Johnny Jennings agreed with their decision and cited the five for termination.

"The sergeant and the officers had intimate knowledge that Mr. Easter had ingested and swallowed cocaine during the traffic stop," Jennings said Friday. "Additionally, the internal investigation determined Mr. Easter was left unattended inside an interview room for more than 20 minutes. At that time, he was clearly in need of medical attention."

As WCNC Charlotte uncovered in July, CMPD video shows officers believed Easter swallowed cocaine and did not get him medical attention, despite the man repeatedly saying he was going to die, according to family attorney Alex Heroy.

Easter, 41, died on January 26. CMPD said police found cocaine and marijuana in his possession after the traffic stop, took him into custody and brought him to the police station on Beatties Ford Road.

The medical examiner determined the probable cause of death to be cocaine toxicity and the manner of death to be accidental. The report shows a closed-circuit video captured all of it. Easter's family watched the video earlier this year.

"You can't see it in the video what he eat ate, but the officers remarked several times that he ate cocaine and then you can see him progressing from there," Heroy said.

Easter's sister Andrell Mackey said she was "really angry" when watching the video.

"You're supposed to protect and serve," she said. "How could you do this? What were you thinking? You didn't care about his health."

CMPD Chief Johnny Jennings said he too has watched the video.

"Are you comfortable with the way your officers handled that?" we asked him in June.

"What I will tell you is that someone in our custody is in our care and we have that responsibility," the chief first told WCNC Charlotte in June.

Jennings announced Friday the video would be released to the public on October 1. He described the video as "tough to watch."

"Had officers followed our policy, Mr. Easter may have been alive today," Jennings said Friday.

The SBI completed its independent investigation into Easter's in-custody death in June and handed over the full case file to the Mecklenburg County District Attorney's Office. The case remains open under District Attorney Spencer Merriweather's review.

.@cmpdchief says they video will be hard for the public to watch.
It’s especially hard to watch considering Harold Easter may not have died had the officers cared more about the sanctity of his life. #Defenders

"There's not really (anything) I can say to prepare anybody. I just know it's a tragedy," Putney said. " I always hate when tragic things happen, especially when we're involved as a policing agency and we got to trust the investigative process and it's now in the hands of the district attorney and we'll see how the system works."

In the days after Easter's in-custody death, CMPD changed its policy. The department now requires officers to continually watch people in their custody, not just check on them every 15 minutes as was the case at the time of Easter's death.

CMPD requires officers to immediately call MEDIC when they believe a person has swallowed contraband.

"Words are important. What you say today could impact how the public responds when everything comes out. Is there anything else you want to say to prepare the public what this investigation will reveal?" we asked Chief Jennings in June.

"I think the public's expectation is that we are here to protect and serve and save lives when we can and we're held accountable for that, so whatever the investigation reveals and whatever comes out of that, that's something that we're going to have to take a hard look at and see what changes we need to make to policy, what things we need to do better to help serve and protect our people and that's a big deal to us. It's a big deal to the officers that are in the street. They don't ever want to see an incident where somebody's life is lost while they are in our care." 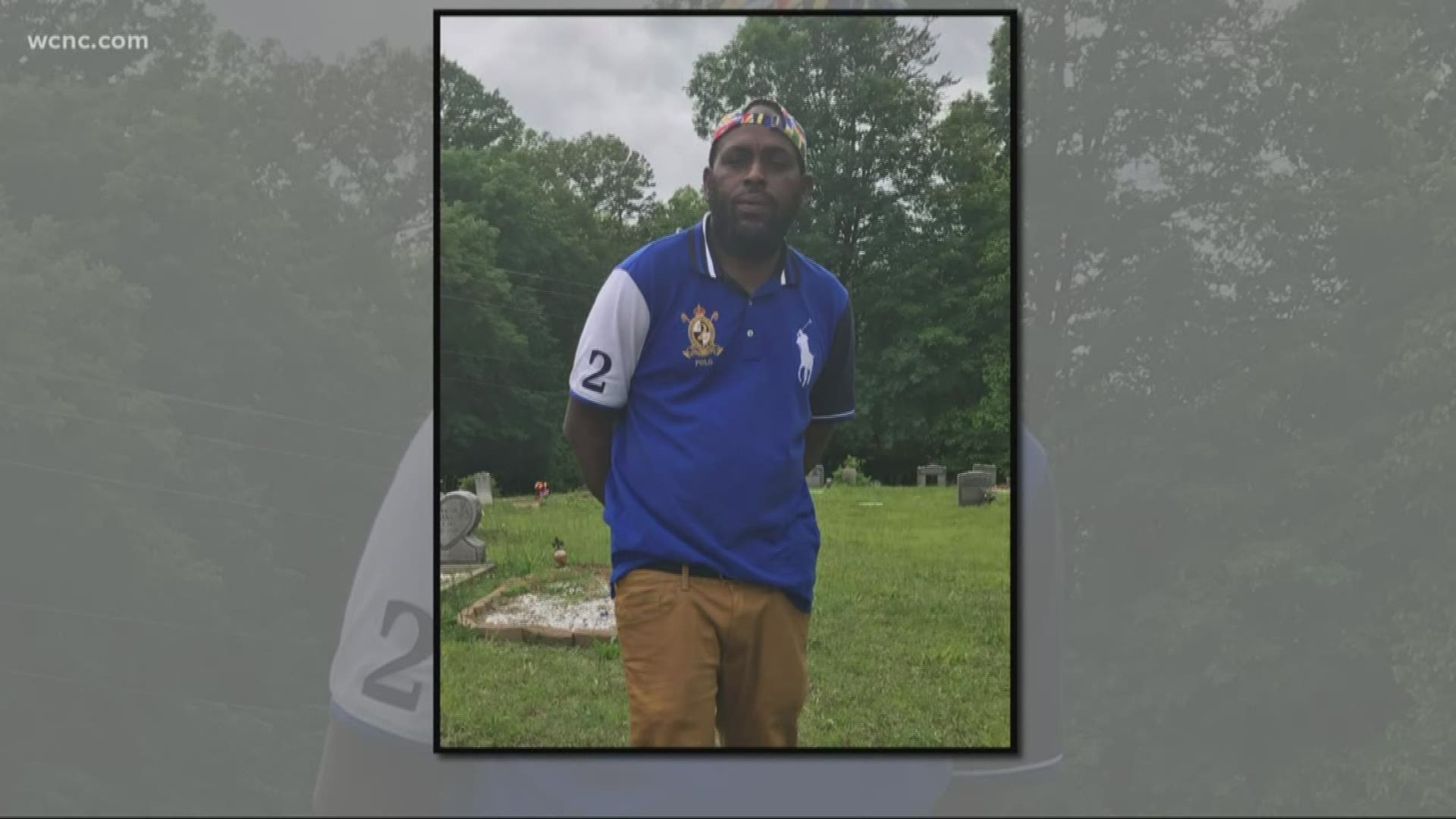 Jennings called Harold Easter's family Friday morning to inform them of their decision.

Easter's sister Andrell  Mackey told WCNC Charlotte earlier this year her older brother has four kids ranging in age from 2 to 23 years old. She described him as "sweet, caring" and "all positive."

"He loved family," Mackey said. "He always said, 'Family is everything.' That was a big thing for him."

"...too early to comment as we have not seen the termination paperwork," defense attorney George Laughrun, who represents Officer Vinson, said Friday, "It just happened yesterday evening."

Ahead of the news conference Friday, WCNC has reached out to the attorneys representing the five officers involved. George Laughrun, who represents one of them, told Morabito, "it's too early to comment as we have not seen the termination paperwork. It just happened yesterday evening."

Family attorney Alex Heroy said Charlotte-Mecklenburg Police Department video will show officers believed Easter swallowed cocaine and did not get him medical attention. He said the video will also show Easter inside an interview room repeatedly saying he was going to die.

THREAD: Before George Floyd, Harold Easter died in police custody. His family's attorney told me @CMPD knew he swallowed cocaine, but failed to help until it was too late. He said video will show Easter inside an interview room repeatedly saying, “I’m going to die.” #Defenders pic.twitter.com/eKSQWyl5iM

The medical examiner determined the probable cause of death to be cocaine toxicity and the manner of death to be accidental. The report shows a closed-circuit video captured all of it. Easter's family has since watched the video.

"You can't see it in the video what eat ate, but the officers remarked several times that he ate cocaine and then you can see him progressing from there," Heroy said.

Citing of the officers for termination

Jennings signed off Friday on the board's Thursday recommendation to cite those officers.

"It's a very difficult decision all the way around," Jennings said.

The independent chain of command review board is comprised of officers across several ranks and a civilian from the Community Relations Committee.

It was not immediately known if those five officers would file appeals.

Vinson is the officer who shot and killed Keith Lamont Scott in 2016, prompting protests across Charlotte. A review board concluded he followed proper procedure and prosecutors cleared him of any criminal wrongdoing.

Editor's Note: An earlier version of this story incorrectly stated the date of death for Harold Easter as January 23. The story has been updated to reflect he died on January 26.