100 LPR cameras across the Queen City read more than 28 million license plates every year, and more cameras are on their way. 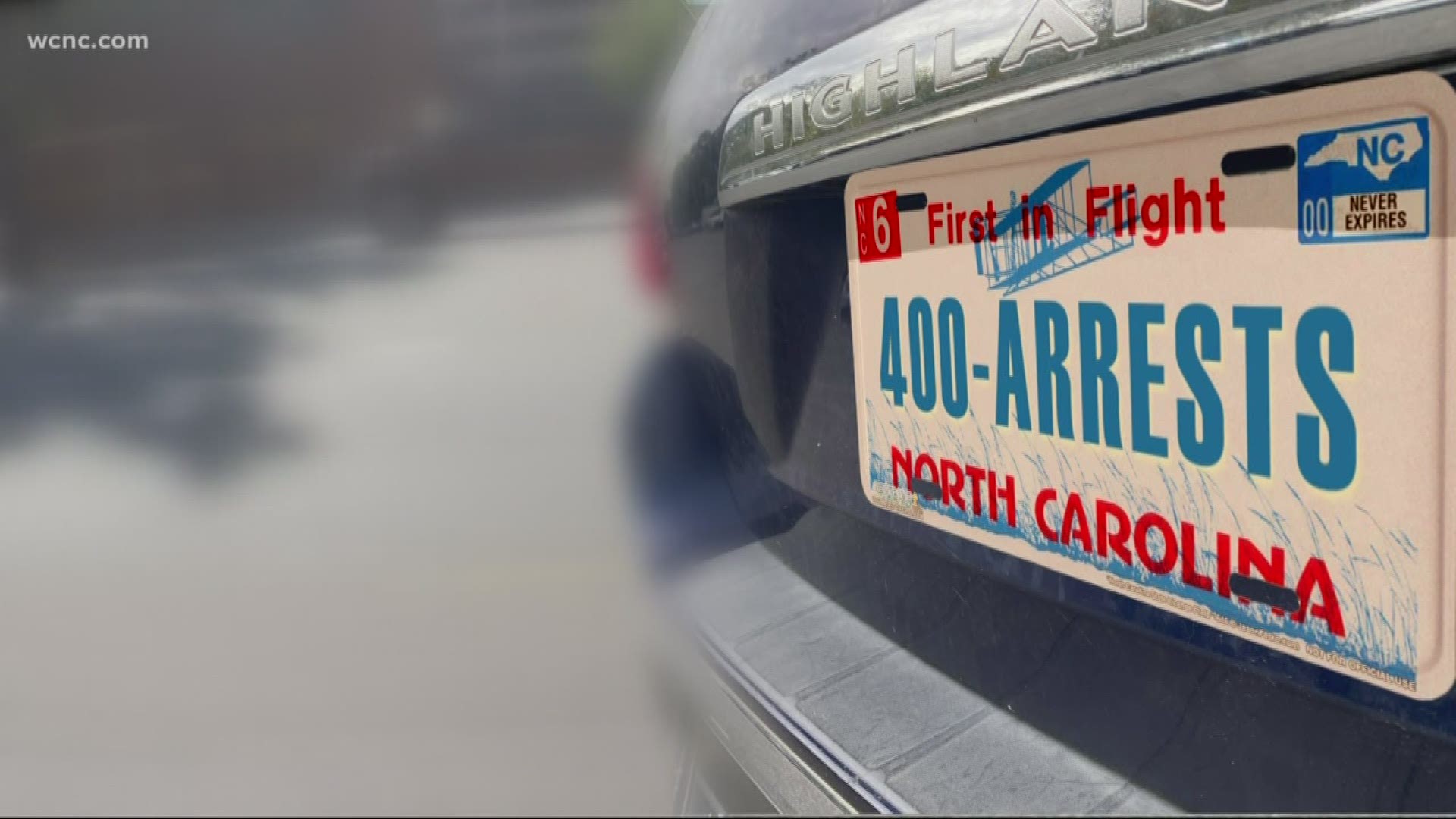 CHARLOTTE, N.C. — You probably don't realize it, but more than 100 cameras along the busiest roads in Charlotte are scanning your license plate every time you drive by, sending critical information to police.

Years ago, when police wanted to find a suspect, they'd stake out an intersection and write down license plates as they drove by. Those days are long done, now replaced by license plate reader cameras, or LPR for short.

Each camera can read up to 3,000 license plates an hour, according to Charlotte-Mecklenburg Police Department.

"Cars go by, the tag readers read those tags, gives us a date and a time stamp and a GPS location," Lt. Travis Pardue said. "The alert comes into the Real-Time Crime Center, we notify the appropriate district. They then can go to that nearby location and hopefully intercept that car."

Police rely on LPR cameras all the time. The cameras read more than 28 million license plates last year with most of them resulting in no alerts, but police said the system routinely makes a difference.

"We use this technology just as a force multiplier for our resources so that we can do more with less," Lt. Pardue said. "We're recovering stolen cars; we're recovering missing people and we're arresting violent felons."

There are about 100 cameras in all. Most are permanent, but there are some on trailers and mobile LPRS, according to CMPD.

"We disperse them along primary corridors," he said.

CMPD made a high profile arrest using an LPR camera in recent weeks. Matthews Police desperately wanted to arrest Dominick Kroma, who was accused of firing shots at a house. Officers entered his license plate into a crime database.

Police were unaware Kroma was also driving for Lyft as he drove a passenger down Wilkinson Boulevard one Friday night in September. CMPD said one of its LPR cameras snapped a picture of his SUV's plate.

RELATED: The one moment he was riding Lyft in Matthews. The next moment police had guns drawn on the car.

The camera alerted CMPD's Real Time Crime Center that Kroma had an active warrant and told them where he was, which allowed police to take him down in dramatic fashion.

For those concerned about privacy, CMPD says it gets rid of the data collected every 90 days.