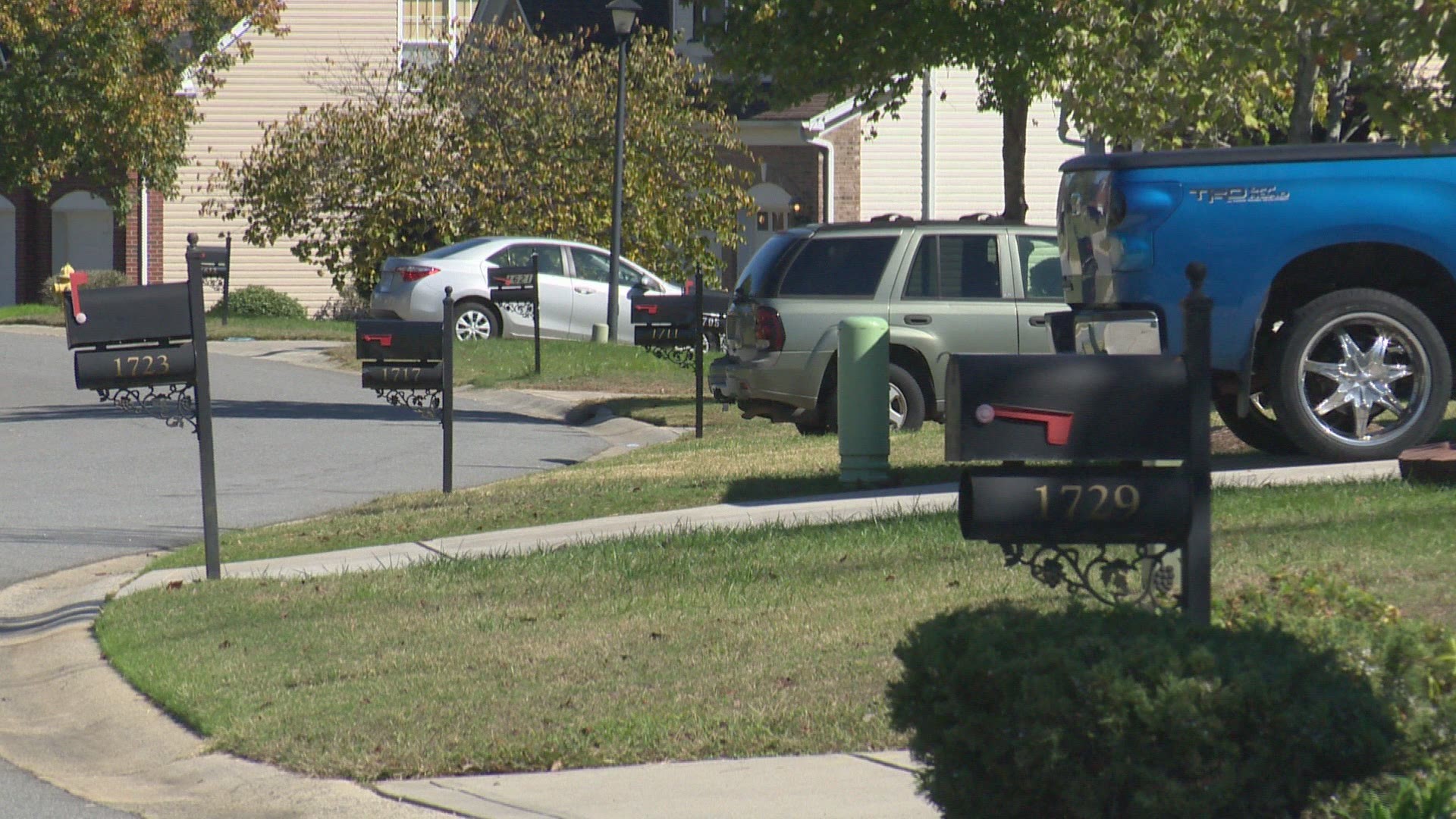 CHARLOTTE, N.C. — It's a homeowner’s nightmare.

A man is warning others after his house was sold out from underneath him by someone who forged his signature at the courthouse.

The Defenders team learned police are investigating similar housing scams, including one in the same neighborhood near Mallard Creek Road.

It appeared the home on Copperplate Drive sold for $9,000. However, the owner, Rahim Rupani, said he never sold it.

NBC Charlotte obtained an audio recording from the 911 calls related to the incident in which the caller reports other similar cases.

"There were some guys at my house yesterday. They’re fraudulently saying they bought my house," the 911 caller said. "They changed the locks, and they were also working on two other houses."

NBC Charlotte went to two of the homes being investigated by police on Copperplate Drive and FountainGrove Drive, but no one came to the door.

Rupani, who lives in Atlanta, said a neighbor alerted him to unwanted visitors at his vacation home on Copperplate Drive last month.

"He said, 'There is two people get in your house and take your house picture, did you send someone for contractor?' I said, 'No, I didn't send nobody yet,'" Rupani told NBC Charlotte.

Then there was another shocking discovery. Rupani said his vacation home, valued at more than $300,000, was sold for just $9,000 according to the police report.

NBC Charlotte asked Rupani if he ever sold the home.

The suspects broke into the house after forging his name on a quit-claim deed which Rupani shared with NBC Charlotte.

"I never signed those things; that's not my signature,” Rupani told NBC Charlotte.

The deed showed the new owner as Black Raven Irrevocable Trust. Rupani said, initially, it even caused confusion for police.

Rupani’s case is strikingly similar to the deed for the other home on FountainGrove Drive less than half a mile away. In both cases, Black Raven is listed as the new owner.

"The whole city should be concerned," Rupani said.

The NBC Charlotte Defenders investigation found this is not only happening in the Queen City. The mayor of Davidson and his sister fell victim to a similar housing scam.

"No one should feel this way," Rusty Knox previously told NBC Charlotte

According to court documents, Turmaine Thorne and Taqiyh Barber are members of the Moorish Nation, a fringe organization that doesn’t abide by local, state, or federal laws.

Police said the pair got a fake deed, moved themselves in, and refused to leave.

"Everything was in disarray," Knox said.

Both Thorne and Barber are facing felony charges, but attorney Mark Gott said it can be a hardship for the real homeowner to undo the damage.

"What happens is after I record a bogus deed, the burden then transfers to the homeowner to try to prove it's bogus," Gott told NBC Charlotte.

It’s not just a concern for homeowners. Rupani said police told him the suspects may have planned to potentially defraud a future renter, too.

"Give them for rent to get the security deposit," Rupani said.

For now, Rupani said he’s armed with paper proof, the real deed, to show who truly owns his house.