Update: Concord man claiming innocence will get his day in court - - virtually

Ronnie Long has been pleading his innocence for 44 years. He was finally scheduled for a day in court but the coronavirus pandemic changed all of that. 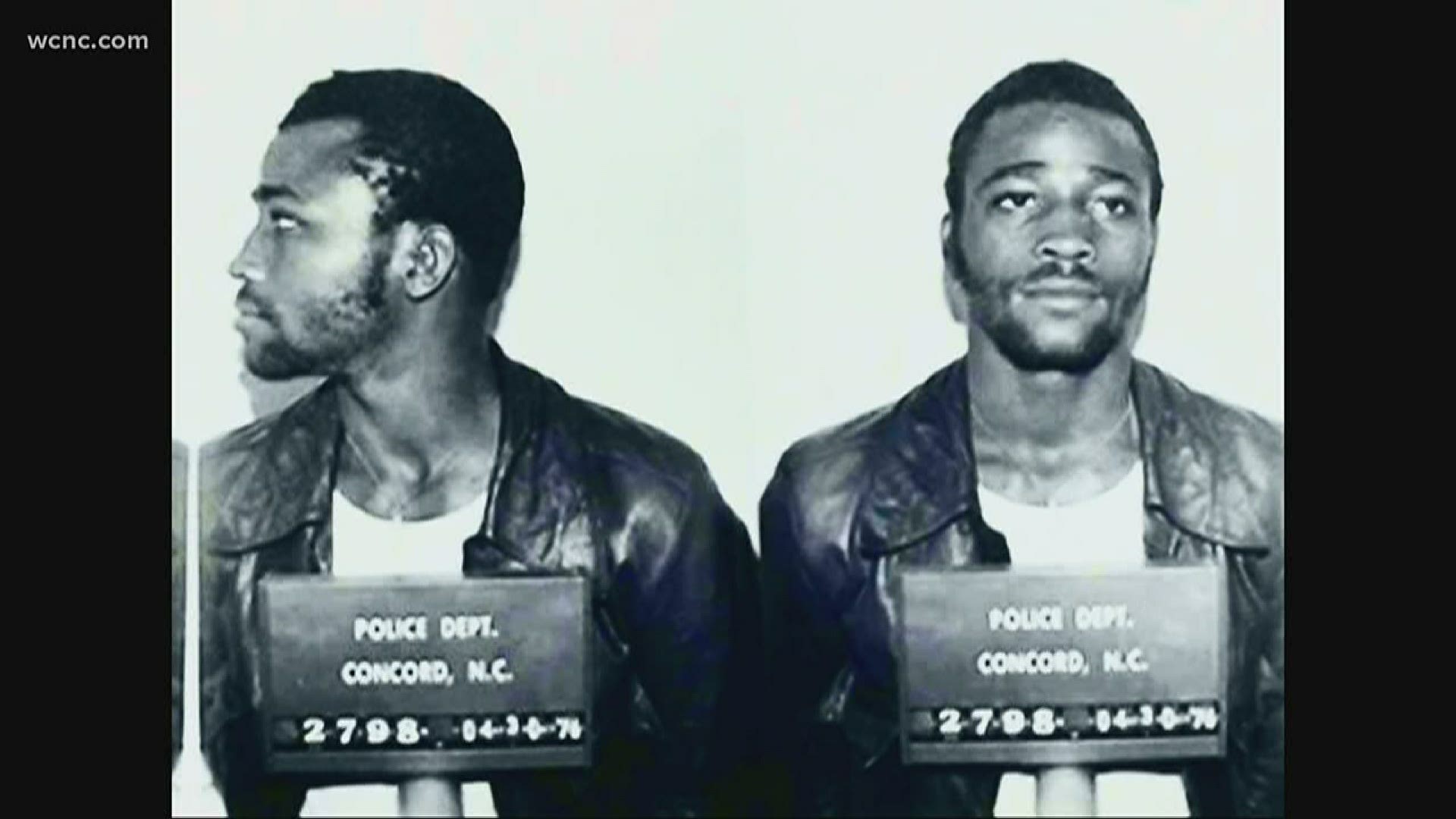 CONCORD, N.C. — The president of the North Carolina NAACP is now joining the fight to free a Concord man many believe was wrongfully convicted.

Ronnie Long has been in prison for 44 years for a rape he says he didn’t commit. Police hid evidence and even handpicked the all-white jury in the case.

After all these years, the courts announced they’d agreed to hear Long's case in late February – but then the virus put all court hearings on hold.

Late Thursday, WCNC Charlotte's Michelle Boudin learned the court will hear his case virtually in May.

RELATED: Concord man serving for crime he says he didn't commit has to wait longer for appeal due to COVID-19

Before Thursday's announcement, there had been a push to clemency – and the president of the state NAACP is leading the fight.

“It seems that the issue keeps cropping up," Rev. Spearman said.

Rev. Spearman, who is the president of North Carolina's NAACP, has helped free two other men – their convictions overturned.

Now he’s turning his sights to Long — the Concord man who was 19 back in 1976 when he was arrested for raping the white widow of a prominent executive in town. He’s spent 44 years in prison for a crime he says he didn’t commit.

In February, WCNC Charlotte went to prison to interview Long — we were only allowed to record his voice. He maintains his innocence, insisting he was framed, and there is a mountain of evidence that says he’s telling the truth.

The court finally agreed to hear his appeal – that hearing was scheduled to happen soon, until the courts suddenly closed because of the pandemic.

Jamie Lau heads up the Duke Innocence Project and is Long's attorney. He's concerned for Long's health – worried he could get the coronavirus in prison where social distancing is difficult.

“He's still operating on hope that the 4th circuit will hear his case,” Lau said.

Lau is working with Rev. Spearman to petition the governor to commute Long's sentence.

“He’s not a threat, he’s likely innocent of the crime," Lau said. "We believe the evidence demonstrates his innocence and he's served 44 years — seems to us this is a no brainer for the governor."

In a news conference last week, state leaders told reporters the state is considering releasing some prisoners who are eligible for release.

"The safety of inmates extremely important as is the safety of the public all of those have to be considered when making those decisions," Governor Roy Cooper said.

Rev. Spearman says the state should have stepped in a long time ago to right this wrong.

“I guess there’s a kind of godlikeness they take upon themselves," Rev. Spearman said. "They can’t go back on something that was wrong and they know is wrong.”

It’s taken decades, but Long’s appeals process has helped uncover the fact that law enforcement hid key evidence in the case – including fingerprints, hair, and fibers that exclude Long as a suspect.

Additionally, the rape kit vanished after investigators decided it wasn’t worth testing, and law enforcement even helped handpick the jury.

“That is just a set-up," Rev. Spearman said. "It just doesn’t hold a whole lot of water.”

Rev. Spearman spoke with Long last week and is now mounting a full-scale fight to free him.

“I pray we’ll be able to get beyond this kind of thing one day," Rev. Spearman said. "The more I look out, though, the less hope I have that I will in my lifetime see justice prevail."

While Long's attorney is hoping the governor will grant him clemency and let him out of prison, he says he still wants to prove Long’s innocence once the courts re-open — the question is when that will happen.

VERIFY: Is the IRS site safe? Will I have to pay back my check? And other common stimulus questions.