An attorney for the plaintiffs said his clients are suffering from the odor produced by the mill's hydrogen sulfide emissions. 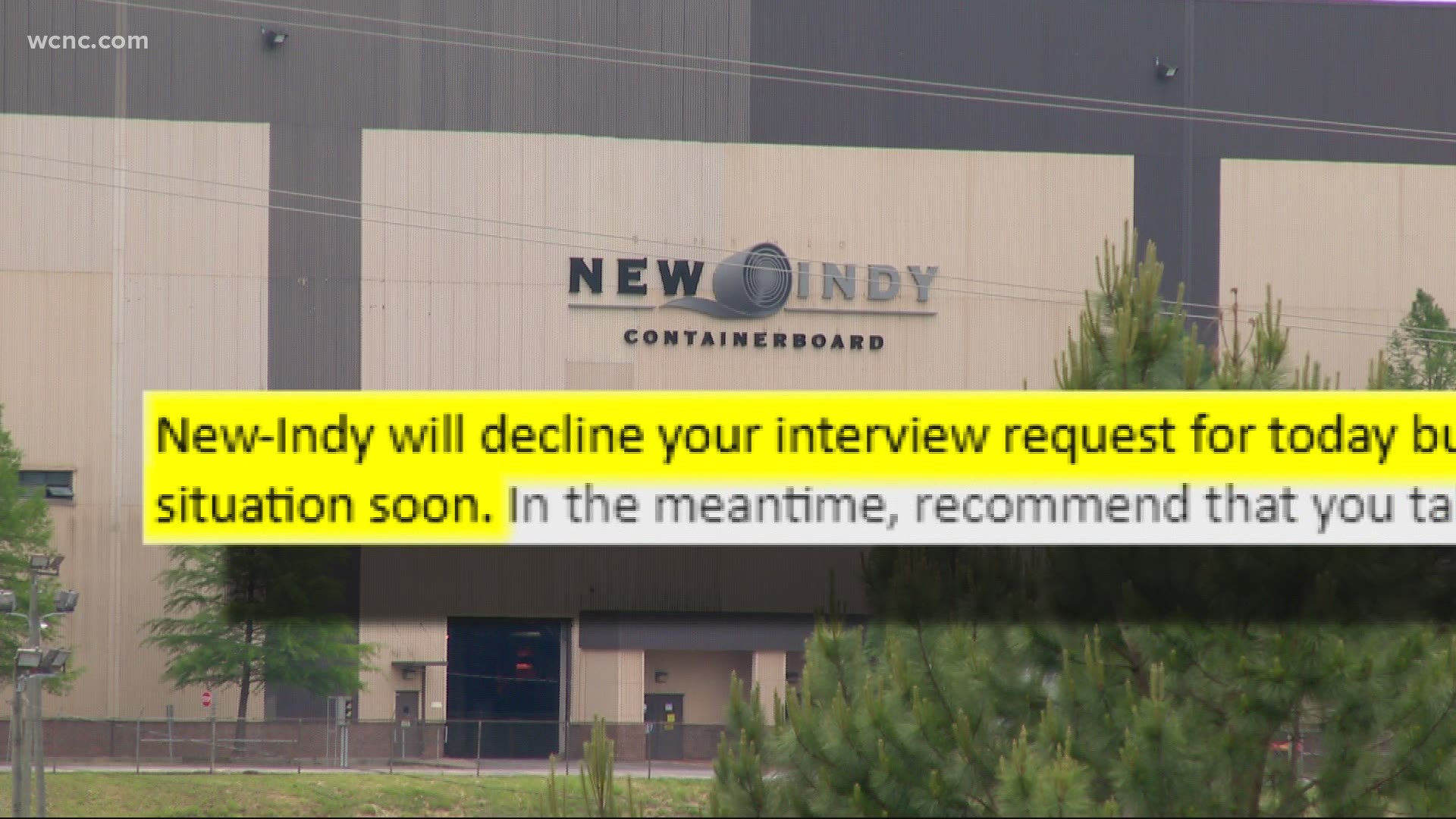 CATAWBA, S.C. — More residents have joined a class-action lawsuit filed against the owners of New Indy Containerboard in Catawba, South Carolina, which has been the subject of more than 17,000 complaints and concerns regarding a foul odor.

Charlotte-based Gary Mauney is one of the attorneys representing the plaintiffs.

He described one of his plaintiffs as a military veteran who has suffered from symptoms like coughing, nausea and burning eyes because of the odor.

"He retired here from the Navy. He came to South Carolina because he wanted to enjoy the rest of his life," Mauney said. "He should've been able to come here as a veteran and enjoy going out in the yard and playing with his grandchildren and doing whatever it is he wants to do, and he can't do that because of the actions of the plant."

Mauney and other attorneys on the case, including Columbia-based attorney Richard Harpootlian, alleged when New Indy bought the plant, they resorted to cheaper methods for handling its emissions, which led to them releasing higher levels of hydrogen sulfide.

“They need to be compensated.” | For the first time, we’re hearing from one of the attorneys suing the New Indy paper mill at the center of a federal & state odor investigation. The health, property & quality-of-life concerns his clients have @wcnc. pic.twitter.com/wWzV4PmxOz

"My clients have been unable to use their property the way that they want to, to enjoy it. It's harmed the value of their property," Mauney said. "They need to be compensated for that damage."

A New Indy representative declined WCNC Charlotte's request for an on-camera interview, but he said the company "...intends to provide more information and accessibility about the situation soon."

The company also shared its new website detailing the steps they're taking to fix the situation.

The website fulfills one of several demands made by state regulators.