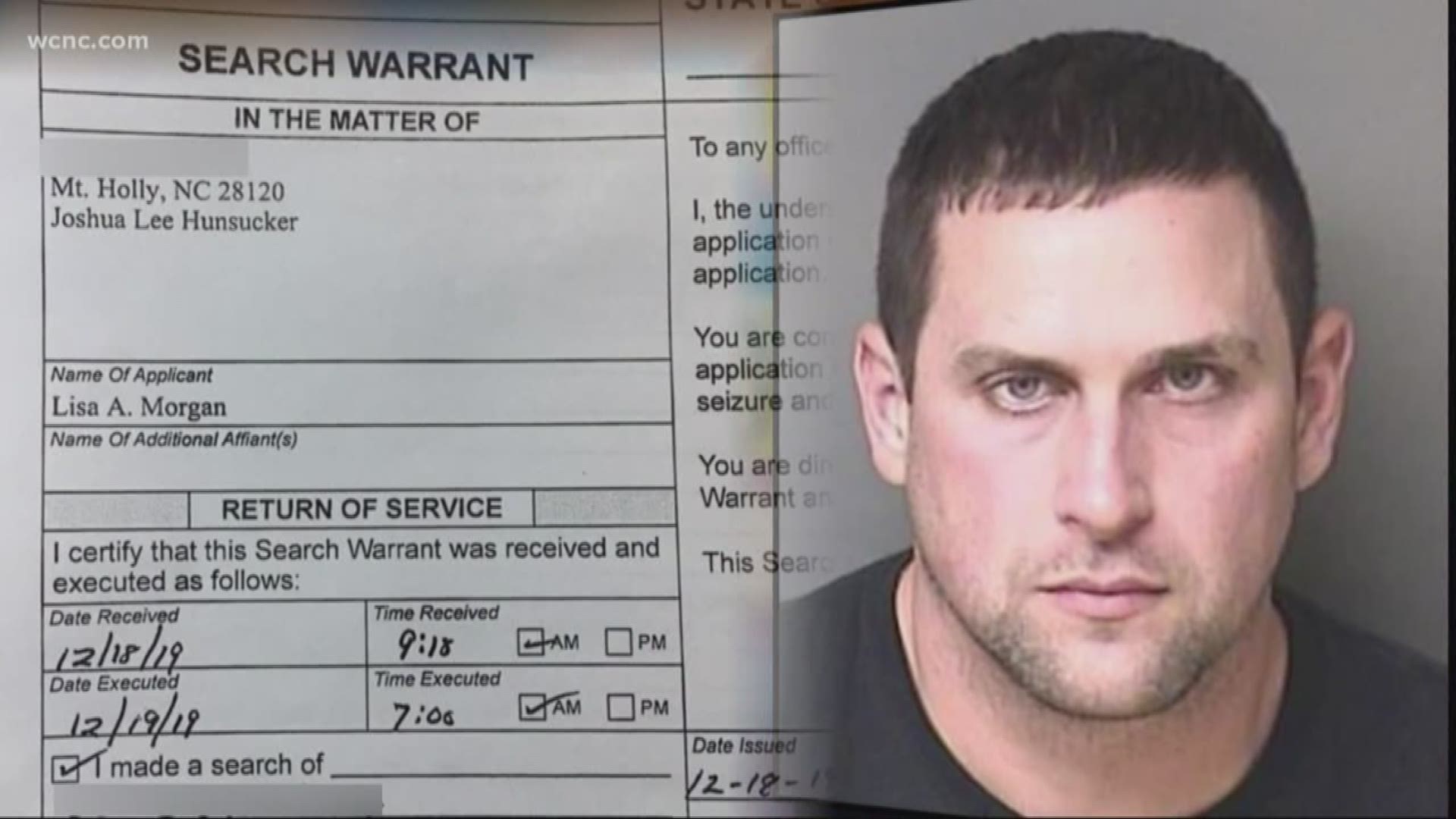 GASTONIA, N.C. — A Gaston County grand jury indicted Joshua Hunsucker on three felonies after investigators alleged he killed his wife by poisoning her with eye drops.

Investigators originally arrested Hunsucker for murder a few weeks ago.

In addition to first-degree murder, a grand jury indicted Hunsucker on insurance fraud and obtaining property by false pretenses greater than $100,000.

The grand jury met the same day a hearing was held for a civil case against him.

Hunsucker is out of jail on a $1.5 million bond, but he didn't appear in court Monday.

The order forbade Hunsucker from using or selling any leftover money from the insurance payout and any assets he bought with the money.

Teddy said Hunsucker has followed the temporary restraining order, and he agreed to provide financial documents proving it.

However, Hon. Jesse Caldwell, III, gave a stern warning to Teddy after he said he received reports from witnesses who claimed Hunsucker moved some of his possessions out of his home, including an estimated $100,000 boat, which Robinson alleged was bought with the insurance payout.

Teddy said his client only moved the boat from his home for safekeeping.

"He wanted to secure the boat from theft," Teddy said.

With Hunsucker not in court, Judge Caldwell ordered Teddy to warn his client of punishment if he violated this restraining order.

"I do not intend to have the order of any judge violated intentionally by anyone," Hon. Caldwell III said. "You make that clear to him."

"That has already been made clear to him," Teddy replied.

Hon. Caldwell III interrupted, "No no no, you make clear to him everything I said, including the panoply of possible sanctions and repercussions and ramifications from violation of the court order."

No new court dates for either the criminal or civil cases have been announced yet.