The new effort was sparked after 16 year-old Bobby McKeithen was shot and killed inside Butler High School last fall. Guns were also discovered at Olympic and East Mecklenburg high schools. 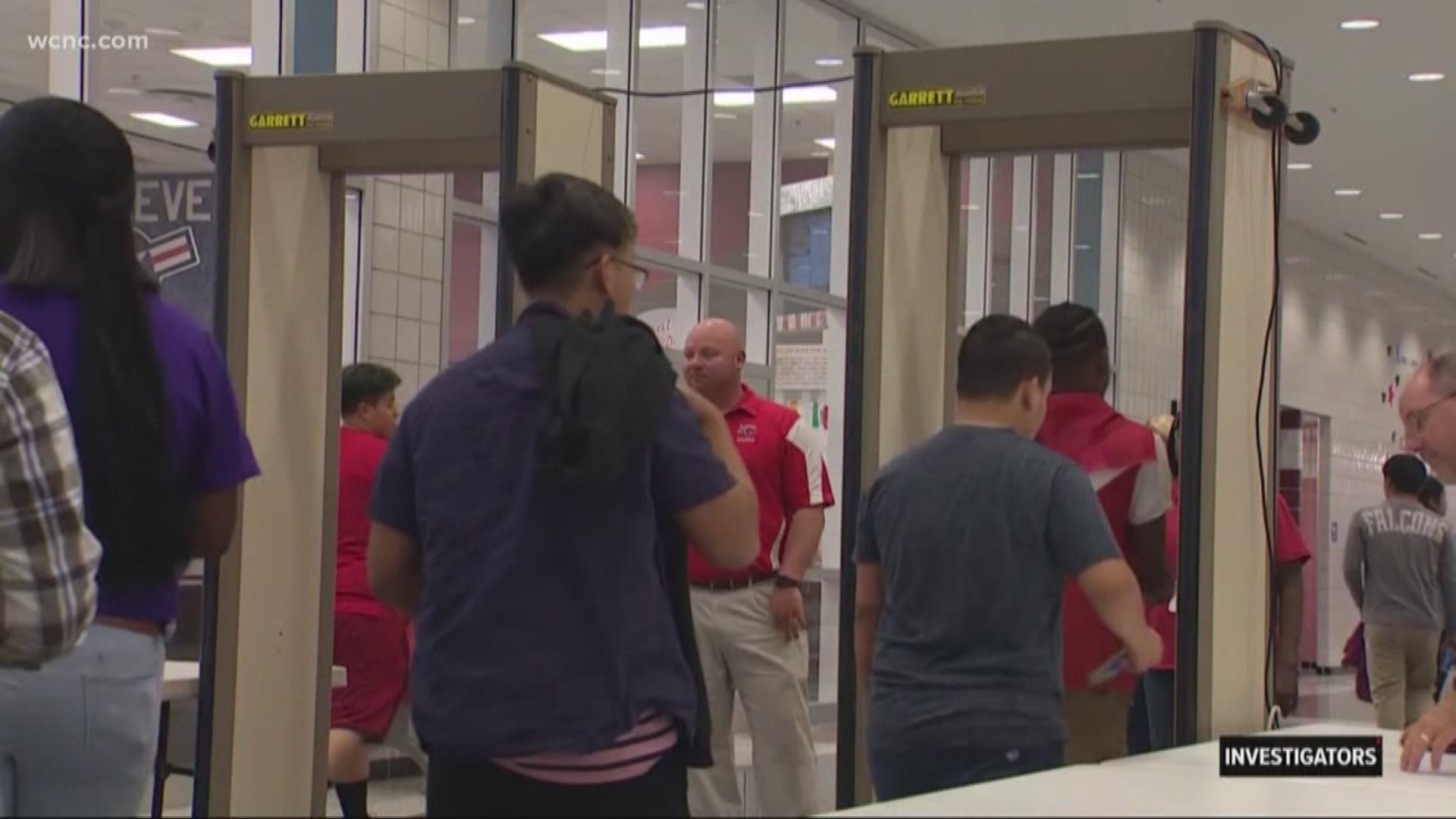 CHARLOTTE, North Carolina — The NBC Charlotte Defenders team is pushing for answers about a new effort to improve security at Charlotte-Mecklenburg Schools.

The school district is expected to launch several new measures. They haven’t been rolled out yet, but they are reportedly coming soon. The changes come months after 16 year-old Bobby McKeithen was shot and killed inside Butler High School.

The security checks will be done at random schools, which includes searching students’ backpacks. The goal is to keep weapons out of school.

“We want to take weapons out of our schools,” CMS Superintendent Dr. Clayton Wilcox previously said.

There is no word from CMS currently about an exact date when they’ll launch the new security measures, including using metal detecting wands to bag searches at random schools.

“It means we are going to select individual locations," Dr .Wilcox previously said. "It means that we are going to go into a school on an unpredictable basis and take a look at what everyone is bringing to school."

The new effort was sparked after 16 year-old Bobby McKeithen was shot and killed inside Butler High School last fall. Guns were also discovered at Olympic and East Mecklenburg high schools.

RELATED: Student charged with having gun at East Mecklenburg High

At the time, parents called for the use of metal detectors. However, Dr. Wilcox said it would require lining up hundreds of students at a time to go through one set of doors.

“Many of our campuses have multiple buildings kids report to, and so even if we funnel them in through one set of main doors, they're going to step right back outside where a weapon may have been stashed,” Dr. Wilcox said in response to the suggestion.

That’s why CMS will be using metal detecting wands instead, according to school officials. By the end of the school year, there will also be camera upgrades, key-less entry systems, and panic buttons for all 9,000 teachers.

CMS released the following statement about the process of making the security changes:

“CMS is making security changes as announced on November 16 to help keep students and staff safe at school. CMS workers and contractors continue to install safety equipment, upgrade security technologies and update crisis procedures. Preparations for safety screenings at randomly selected schools, including wanding and bag checks, are moving forward thoughtfully to both enhance safety at school and protect the rights of students. Extensive communications are planned so that all students, families, staff know what to expect when security screenings begin in the coming weeks. The district will share detailed updates as this work continues.”