Raising a glass and awareness for the Alzheimer’s Association 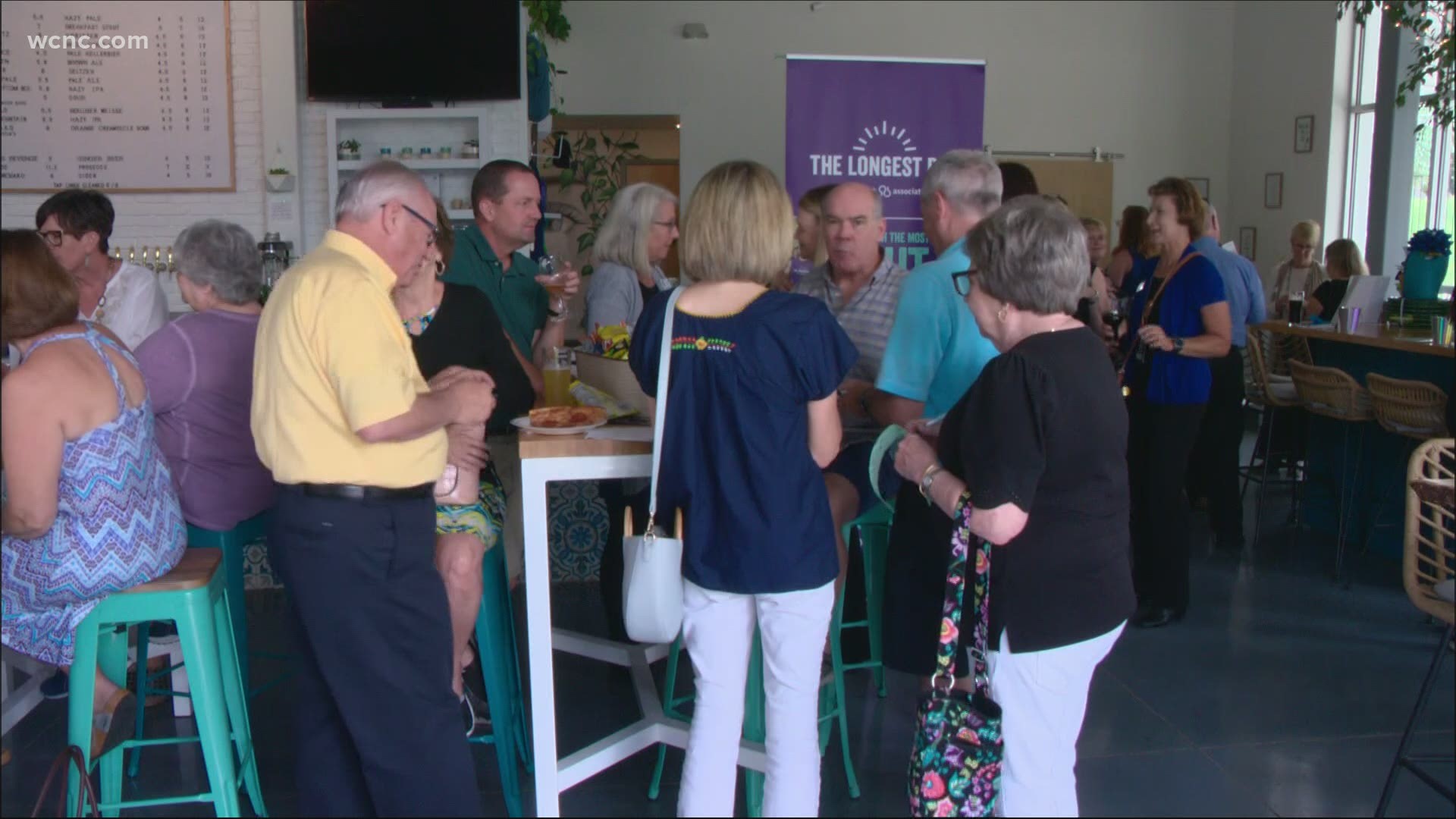 CHARLOTTE, N.C. — One brewery in Charlotte stayed busy this week, serving the community by more than just selling drinks.

FirstLight Home Care of Charlotte, Fort Mill & Rock Hill hosted a fundraiser at Edge City Brewery on Tuesday, June 22, for the Alzheimer’s Association and to show support for “The Longest Day.”

According to a release from the agency, “The Longest Day” is held on the summer solstice. Thousands of people across the world hold events during the week of June 21 all in the hopes of raising awareness for the disease.

Ken Fleming, owner of FirstLight Home Care, said the business was excited to work with the Alzheimer’s Association in the Queen City.

“The purpose of this event is to raise awareness that Alzheimer’s is a horrific disease,” he said. “It’s honestly not the disease everyone has been focused on the past year. The Alzheimer’s Association is a wonderful organization that invest so much in trying to fight this disease and to help people who are suffering with it.”

RELATED: Fight the darkness of Alzheimer's on the longest day of the year

The following facts were provided to WCNC about Alzheimer’s from FirstLight:

* An estimated 6.2 million Americans are living with Alzheimer's in 2021- this number is expected to rise to nearly 13 million by 2050

* Almost two thirds of those with Alzheimer's are women

* In 2020, more than 11 million caregivers of people living with Alzheimer's disease or other dementias provided an estimated 15.3 billion hours of unpaid care, a contribution to the nation valued at nearly $257 billion.

For more information about Alzheimer's disease, visit the Alzheimer's Association at alz.org.