Pineville Police said they found no evidence of shots being fired or any injuries after responding to a reported shooting at Carolina Place Mall on Christmas Eve. 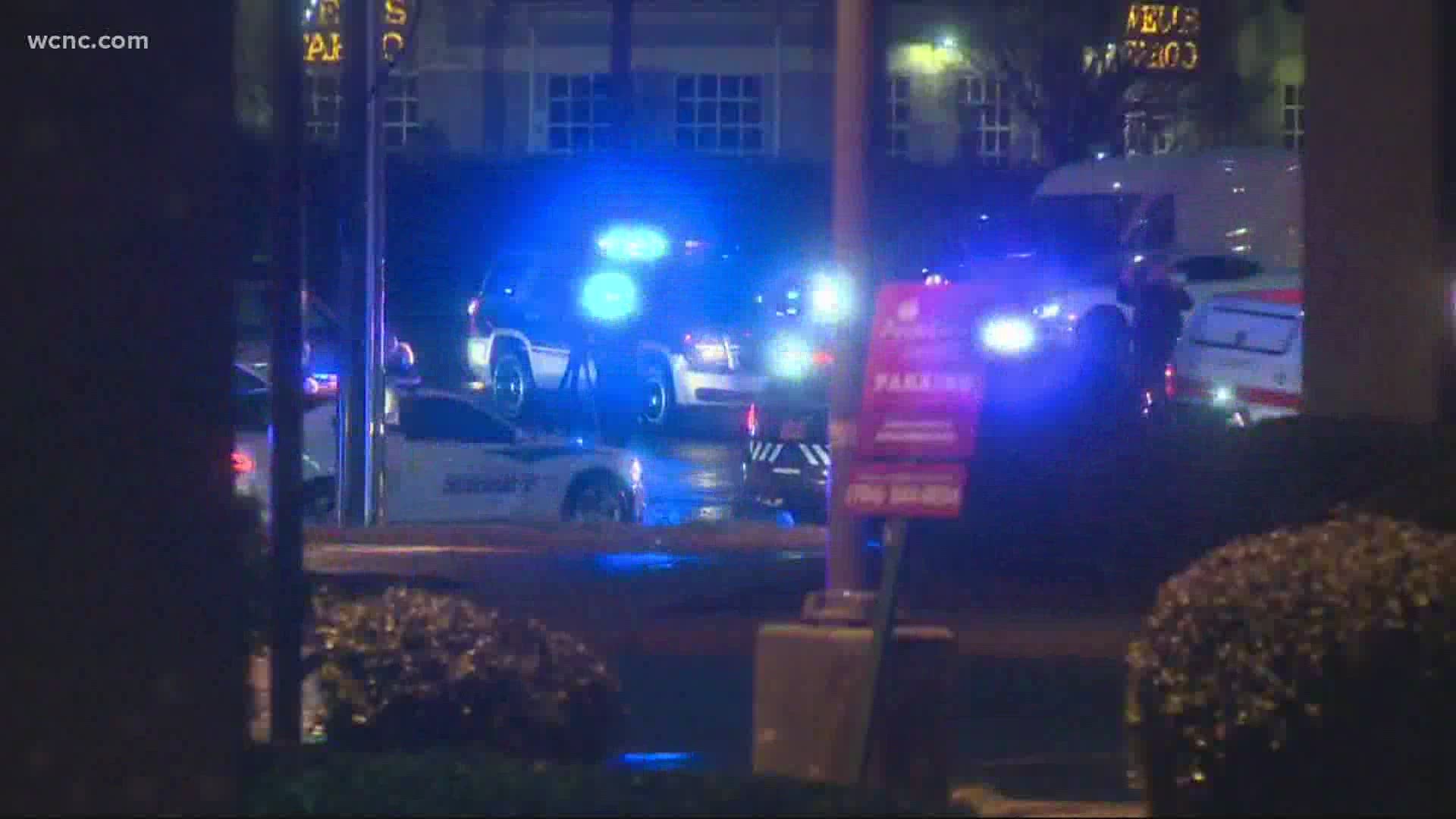 CHARLOTTE, N.C. — Carolina Place Mall in Pineville, North Carolina has been cleared after dozens of law enforcement agents responded to reports of a shooting inside the mall on Christmas Eve.

According to Pineville Police Lt. Corey Copley, there were no reports of injuries or potential suspects after the reported shooting. Copley later said shortly after 6:30 p.m. there was no evidence any shots were fired in the mall.

Copley said law enforcement responded to about a dozen 911 calls from inside the mall.

Dozens of first responders were called to the scene, including Charlotte-Mecklenburg Police, Charlotte Fire, and Medic. Emergency personnel went store-to-store evacuating the mall and searching for any possible victims or armed suspects.

Carolina Place Mall has been cleared. Our investigation continues but right now, we do not have evidence that any shots were fired or that there was an active shooter. No injuries.

"We were leaving the mall and then suddenly cops just starting surrounding the building," said one person. "We had just seen ambulances and a couple of the people who were inside came into Applebee's, a mother and her daughter told us someone opened fire inside and they were still shooting inside and the cops were surrounding the place."

Multiple Medic and police units began leaving the mall shortly after 7 p.m. after finding no evidence of injuries or gunshots.

Police and MEDIC units are starting to clear Carolina Place. They haven’t found anyone injured, and they haven’t found any evidence of gunshots though police received about a dozen 911 calls reporting it. Investigation remains underway. pic.twitter.com/j5gLX2huvG

Multiple witnesses said they heard gunshots inside the mall. A woman who works at Belk, said it was business as usual until suddenly a rush of people ran into the store saying shots had been fired inside the mall. The woman ran into an employee store room and hid alongside a family taking shelter.

Shoppers evacuated from the mall needing to reunite with family and friends, are advised to go to the Sam's Club located across the parking lot to the south of the main mall building. It can be found at 1425 Carolina Place Pkwy with a driveway access point along Park Road Extension.