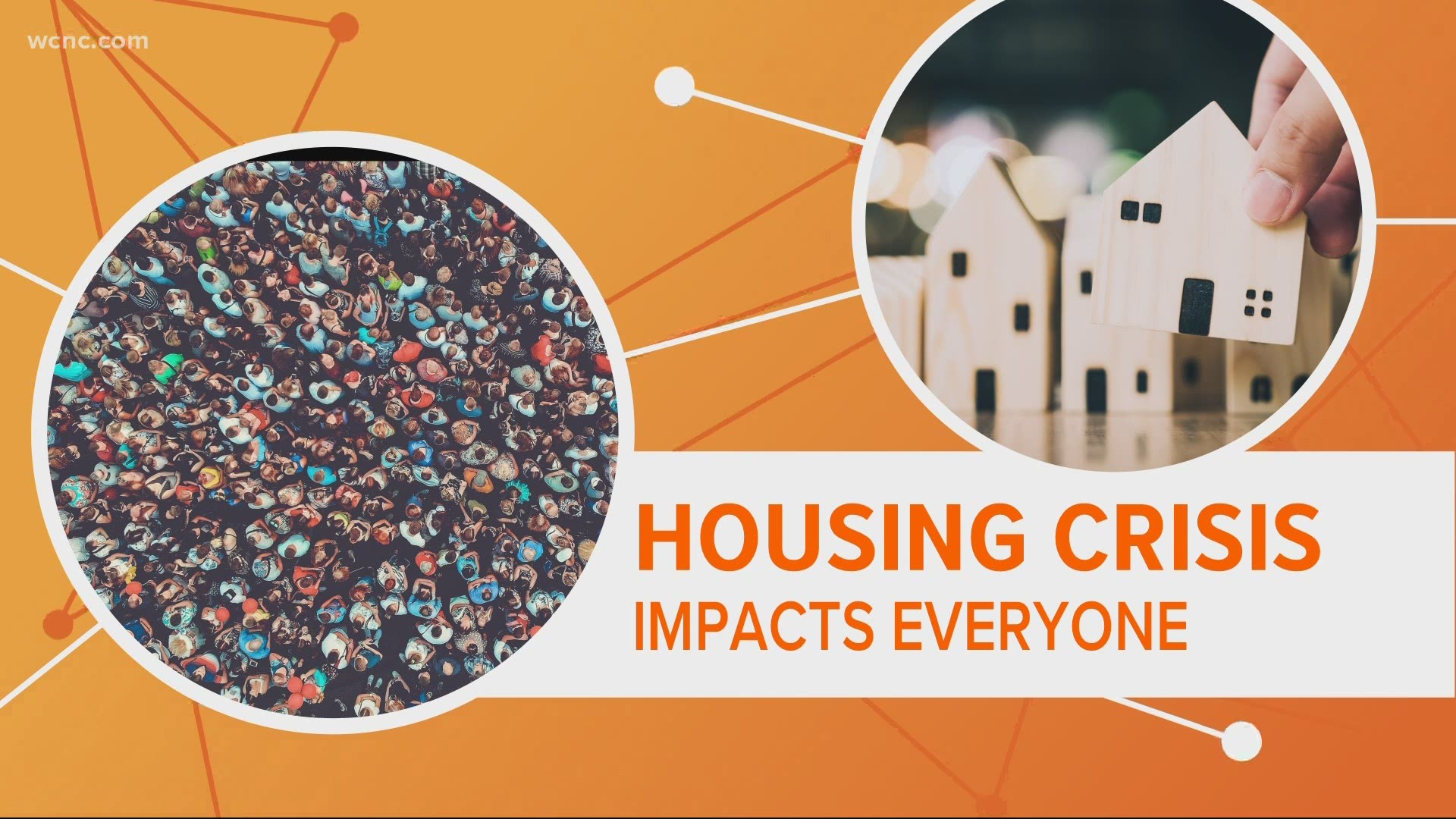 CHARLOTTE, N.C. — Charlotte's affordable housing crisis has been a huge issue for several years, and here's the thing: No matter how much money an individual or their family makes, the housing crisis impacts everyone.

On Tuesday, the Mecklenburg Board of County Commissioners will meet to discuss a series of affordable housing projects. The numbers in Charlotte are staggering at first glance. City leaders estimate 55,000 people in Charlotte, that's about three-quarters of Bank of America Stadium's capacity, don't have an affordable place to live.

Charlotte is currently a seller's market, with 99.2% getting their asking price within 23 days of hitting the market, according to county data. But with home prices up 10% over the last year, it means fewer people can afford them in a community already short on affordable options.

So, how does the housing crisis affect more than just the people struggling to pay their rent?

First, economists say higher housing costs can actually make traffic worse. If people can't afford to live near their jobs, they move farther away, meaning more congestion on highways, and possibly even a longer commute for everyone. This can also lead to an increase in pollution from more vehicles on the roads.

Studies also show the housing crisis is bad for the economy. Sounds obvious, right? It's a bit of a reverse correlation. When people are spending most of their money on housing, there's less disposable income for things like going out to dinner or shopping. That kind of spending is what boosts local economies.

A report from the Urban Institute states that affordable housing rates can actually lead to more jobs in other industries within a city.