“We have to decide where we draw the line in the sand if a contractor can't deliver on what we have asked and what they have promised." 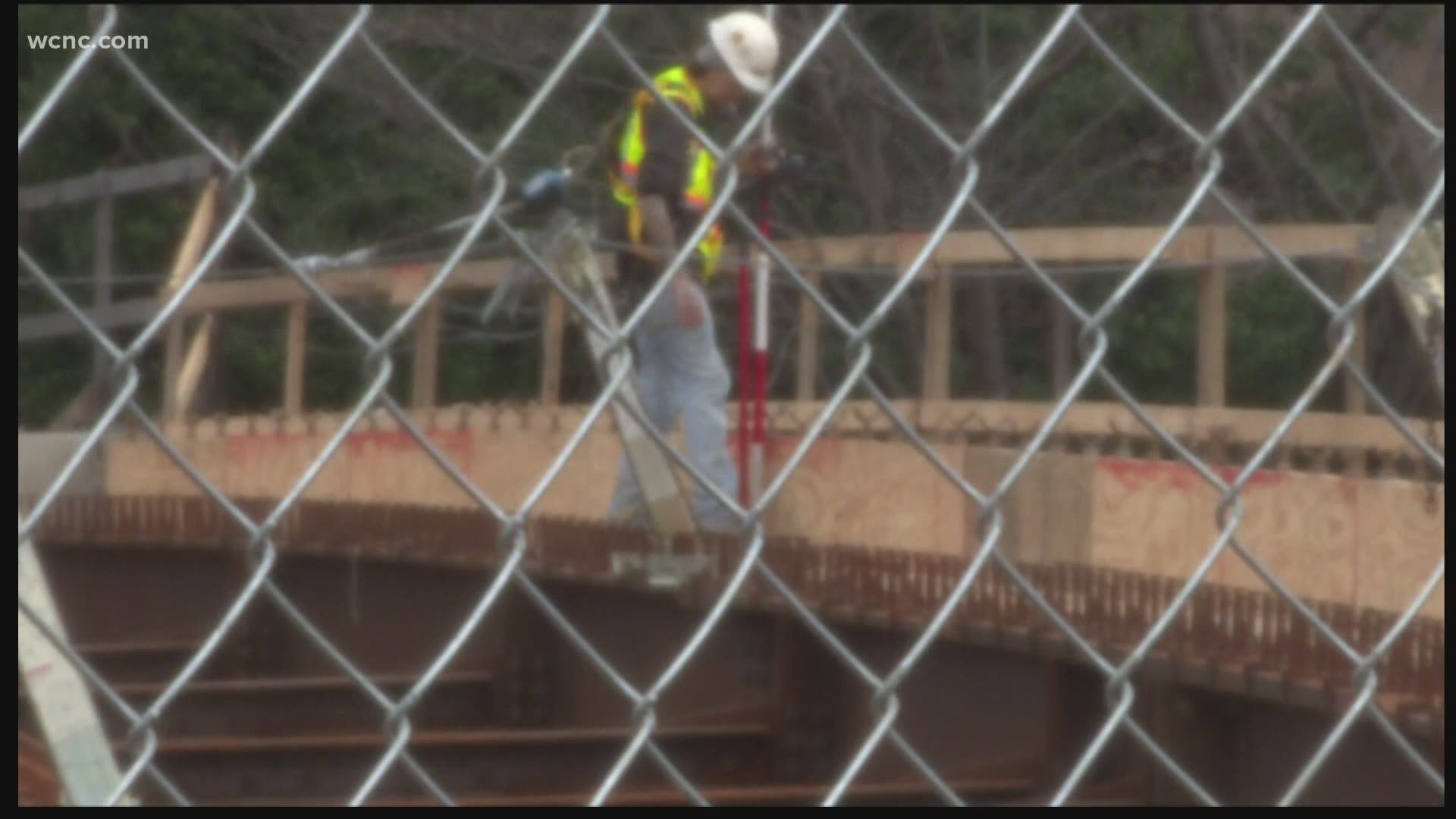 CHARLOTTE, N.C. — Charlotte city leaders want answers after the reopening of the Hawthorne Lane Bridge was delayed again. It was supposed to open over the weekend but has since been pushed back.

“We have to do a better job of holding the people that we contract to do work for us accountable,” Charlotte City Councilman Larken Egleston said.

The new reopening date is projected for December 2020.

The bridge is in city councilman Larken Egleston’s district.

“The level of incompetence on this project is breathtaking,” Egleston said.

The bridge, which is part of the City Lynx Gold Line project, crosses over Independence Boulevard. It’s designed to connect the Plaza Midwood and Elizabeth neighborhoods.

A CATS spokesman says the contractor did not pour the right concrete per design requirements and the rail can’t be installed.

“I was just on the west side of phase two last week and those roads are torn up, and I know people are sick of it,” Egleston said.

City leaders confirm costs associated with re-doing the work will be the contractor’s responsibility, not taxpayers. To be on the safe side, officials will now have construction inspectors on the grounds to check behind the contractor’s work to avoid further delays.

“We have to decide where we draw the line in the sand if a contractor can't deliver on what we have asked and what they have promised,” Egleston said.

The bridge is expected to open to pedestrian and bicycle traffic by the end of the month. Officials also don’t anticipate the new December completion date will push back the Gold Line Streetcar opening.