CMPD said he was marking underground utilities in the left lane with his back facing approaching traffic. 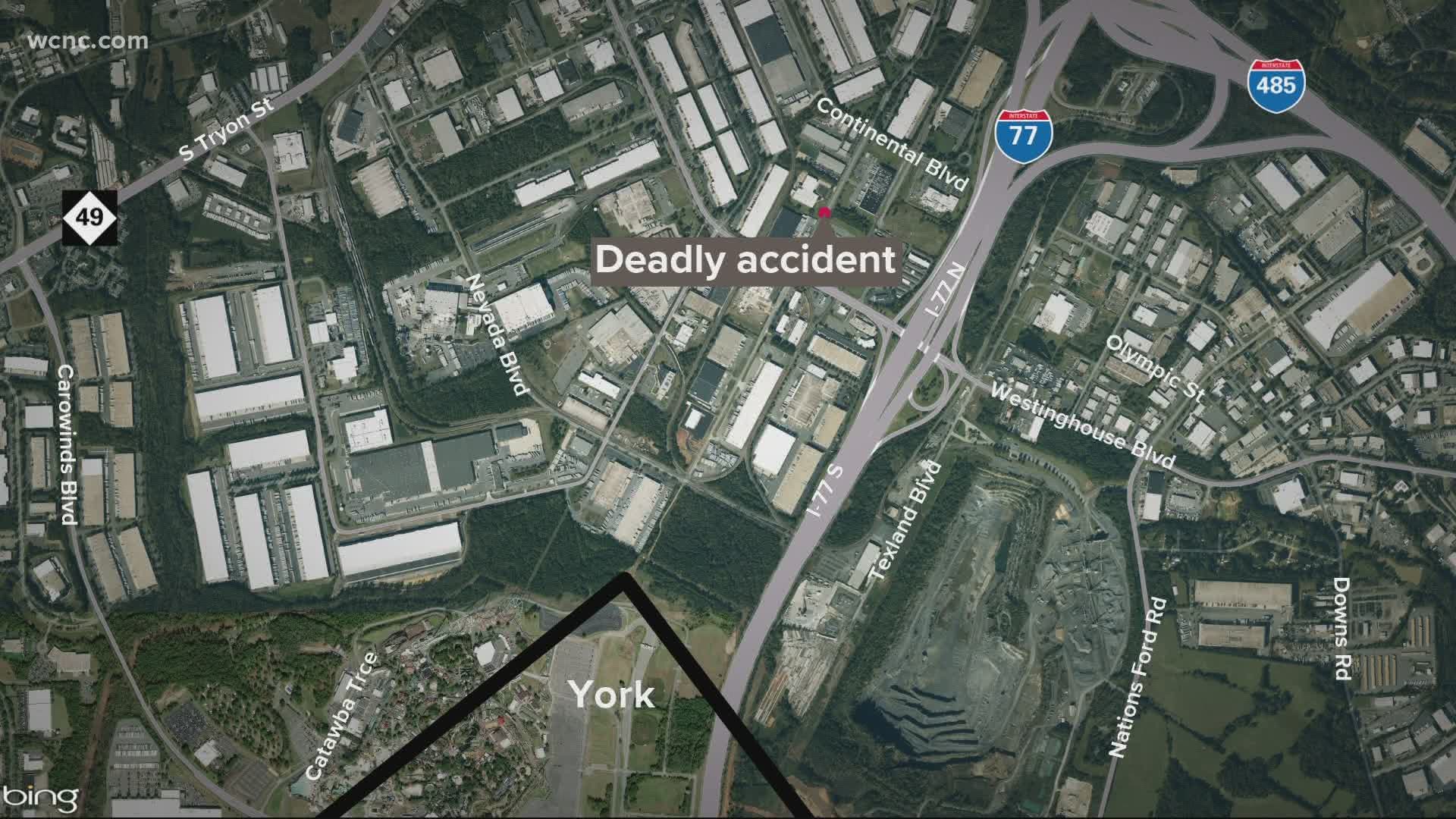 CHARLOTTE, N.C. — A utility worker was killed in southwest Charlotte after being struck by a vehicle, according to the Charlotte-Mecklenburg Police Department.

Saturday shortly after 6 a.m., officers responded to the 11000 block of Granite Street after getting a call that a pedestrian had been struck by a vehicle. When officers arrived to the scene, they found an unresponsive man lying on the roadway with injuries.

The vehicle that struck him was a 2007 Honda Civic — the driver had stopped at the scene and called 911.

The victim, 59-year-old Thomas Reynolds Porter Jr., was pronounced deceased at the scene by Medic due to injuries from the crash.

The driver has been identified as 49-year-old Neptali Gomez Zavala. Police believe the driver was traveling northeast on Granite Street in the left lane.

Porter was working for a utility locating service and was wearing a yellow reflective shirt at the time. CMPD said he was marking underground utilities in the left lane with his back facing approaching traffic. The Honda approached Porter from behind, CMPD said, and he was struck.

CMPD said the utility company vehicle, which has flashing warning-lights, was parked in a nearby business driveway and gave no warning for approaching vehicles.

The driver immediately brought the vehicle to a stop to call 911, police said, and was evaluated for sobriety once CMPD arrived. CMPD does not believe that he was impaired, and police don't believe excessive speed was a factor.

At this time, it's not known if the driver is facing any charges connected to the incident.

Porter's family and the Occupational Safety and Health Administration (OSHA) have been notified of the incident and Porter's death.

This is an ongoing, active investigation. Anytone with information about the incident is asked to contact Detective Oberer at 704-432-2169 or contact Crime Stoppers at 704-334-1600.