Charlotte region mourns deaths of three officers in one week

Two police officers were shot in separate incidents while a detention officer was struck by a hit-and-run driver. 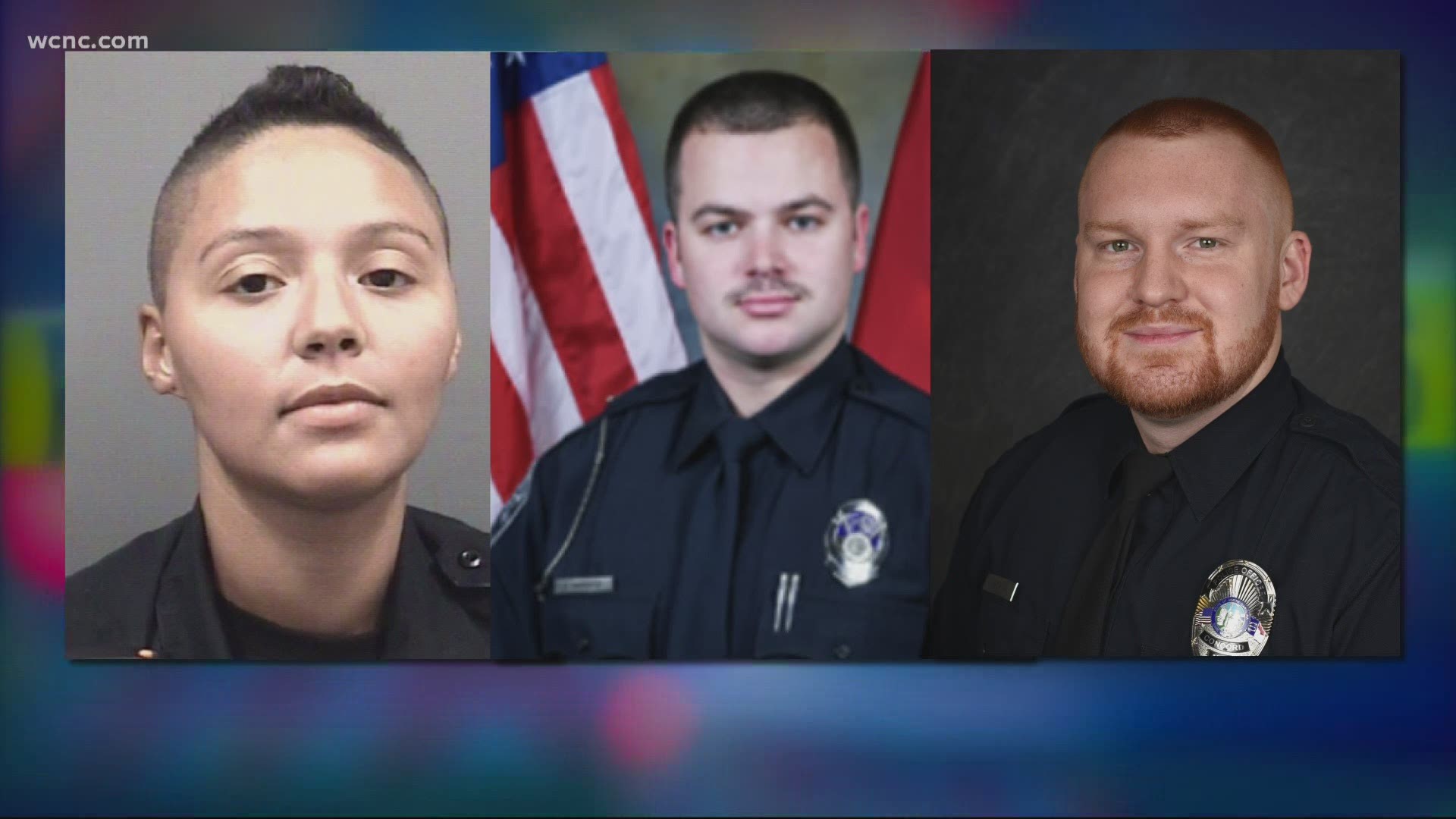 ROCKWELL, N.C. — Communities across the Charlotte region continue to grapple with the sudden deaths of three law enforcement officers belonging to three different law enforcement agencies in one week, including two officers who were shot in the line of duty.

She was heading home following her shift at the detention center.

While the three officers worked at different agencies, the connections between the three are noticeable and have left communities across the region devastated.

As Concord Police Officer Jason Shuping's body left the Medical Examiner's Office in Charlotte Thursday afternoon, his procession passed by the spot where Detention Officer Alsup was struck by the hit-and-run driver.

The departments in Officer Shuping's procession are some of the same agencies that drove in the procession for Officer Herndon's funeral two days ago.

Many people left flowers for Officer Shuping outside Concord Police Headquarters and lined up along the road to the funeral home.

Credit: WCNC
On December 11, Mount Holly Police Officer Tyler Herndon died after he was shot responding to a breaking-and-entering call.

"When one person that serves us gets cut down like this, and we have two in a week, it's ludicrous," Clark Lewis said, referring to the two officers who died while on-duty. "I just can't take it anymore."

Funeral arrangements for Officer Shuping are pending while a vigil will be held Friday night.