The Gaston County NAACP and other organizations are suing to remove a Confederate Monument at the entrance to the courthouse. 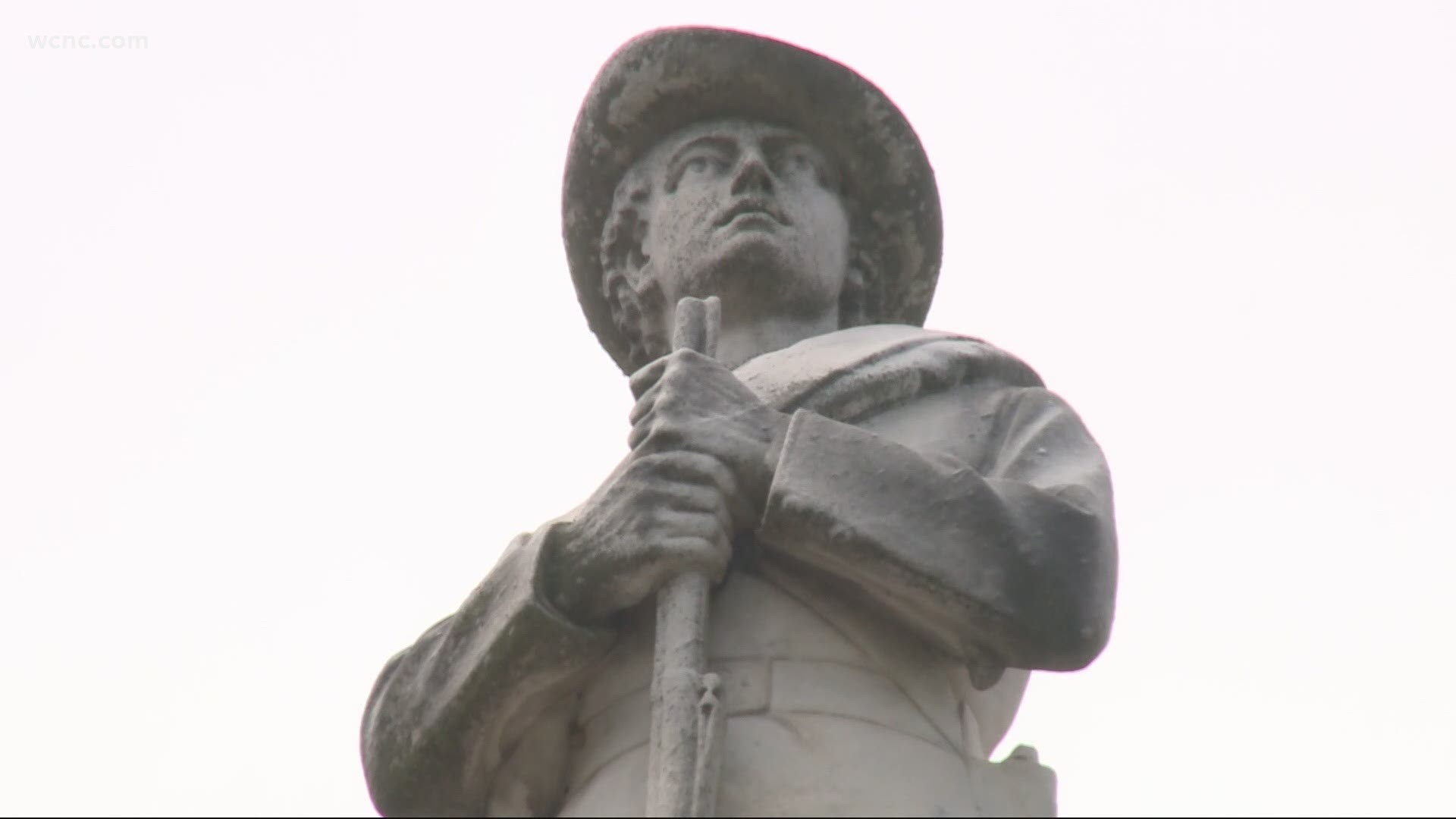 GASTONIA, N.C. — Attorneys for Gaston County commissioners have asked a judge to dismiss a lawsuit filed by several organizations, who are suing to get a Confederate Monument moved from the entrance of the county courthouse.

In a motion filed last Friday, attorneys for the commissioners wrote, "the defendants lacked the authority to move the Monument," due to North Carolina's "Monuments Law."

Instead, the attorneys argued the lawsuit's defendant should be the state of North Carolina, itself.

The lawsuit was filed last year by local branches and chapters of the NAACP, the National Association for Black Veterans and Alpha Phi Alpha, after a plan to move the monument fell apart.

A new chapter in the debate over the Confederate Monument outside the Gaston County Courthouse. Attorneys for county commissioners are trying to get a lawsuit dismissed against them. The NAACP and others filed the lawsuit to force the monument’s removal. The latest at 5:30 @wcnc. pic.twitter.com/0VSB9rVN6t

In August, commissioners voted six to one to convey the monument to the Sons of Confederate Veterans, who would find a new location for it, but the organization backed out of the plan.

Gaston County Freedom Fighters' Jamal Gillespie led protests at the monument last summer, and he questioned the motion by the commissioners' attorney to dismiss the lawsuit.

"We feel like it's just a way for them to loosen some of the pressure that's been put on them," Gillespie said. "Everyone is tired of having the run around with things, and I feel pressure should be applied again."

He's been talking with others about having additional protests and trying to vote commissioners out of office.

WCNC Charlotte left a message with the commissioner's attorneys requesting comment, but no one has responded yet.

The attorneys also requested an additional 30 days to respond to the lawsuit's plaintiffs regarding the discovery process.