Two weeks of protests and thousands of people later, the death of George Floyd has proved to be a tipping point for racial injustice in America. 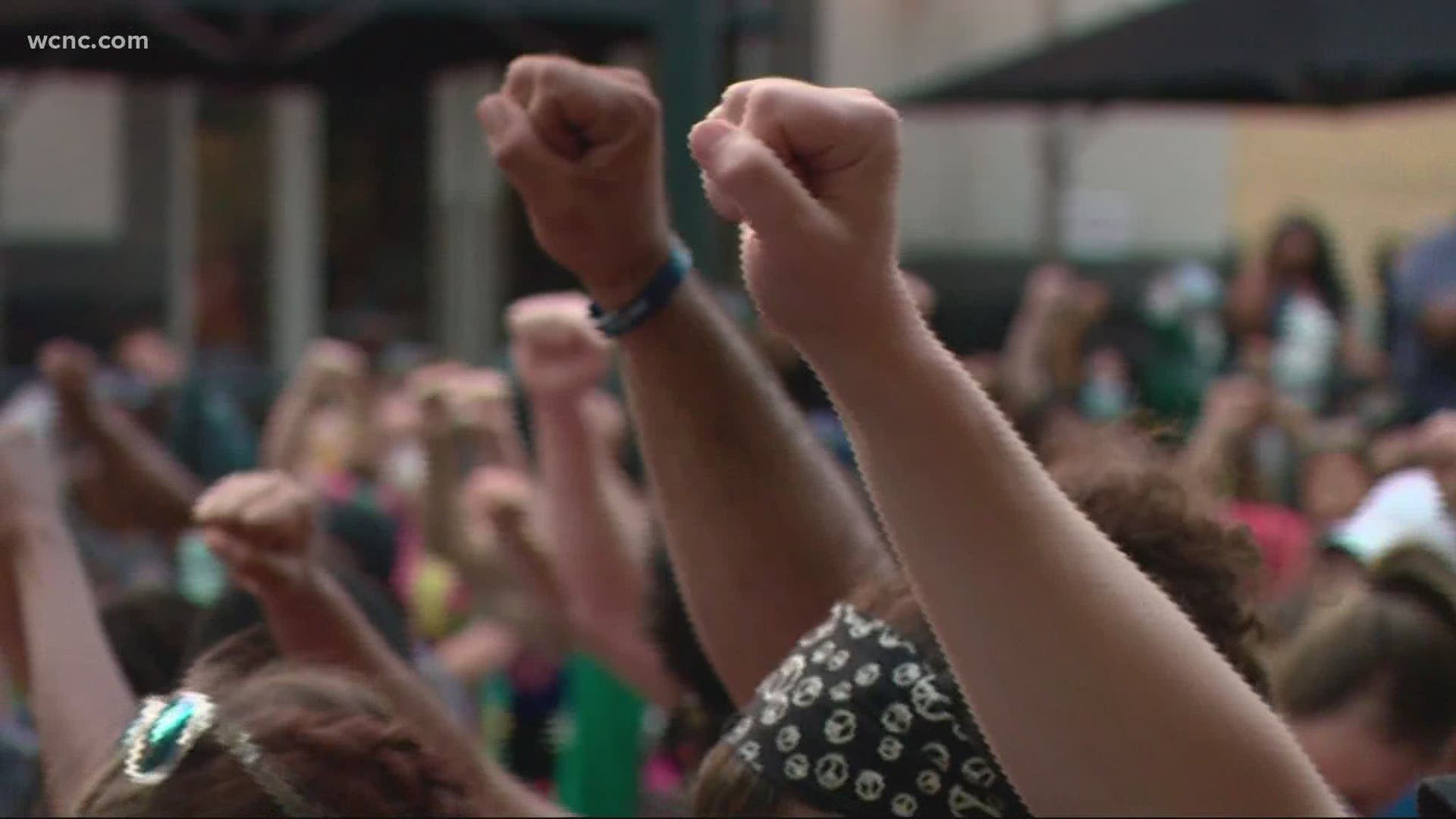 CHARLOTTE, N.C. — In the wake of George Floyd’s death, companies are increasingly being abandoned by their partnerships and customers for racially insensitive comments.

Dr. Julia Moore, Associate Professor of African American Religion and Religions of the African Diaspora at UNC Charlotte, says the cancel culture is happening because Americans are starting to have conversations about race that have been hundreds of years in the making.

"I've never seen such a rise in white allies join together with people of color to say, 'yes, we see this too,'" Dr. Moore said.

Two weeks of protests and thousands of people later, the death of George Floyd has proved to be a tipping point for racial injustice in America.

“For the most part, America is still kind of divided in terms of racial ethnic and economic experiences,” Dr. Moore said.

UNC Charlotte professor Dr. Julia Moore says the civil rights movements of the 1960's could only do so much.

“While you have the Civil Rights Acts begin to be implemented from the civil rights movement, you cannot legislate morality, and you can’t legislate ideology,” Dr. Moore said.

RELATED: 'This hate will never win' | Someone paints over 'Black Lives Matter' message on rock outside Ardrey Kell

Dr. Moore says it means while life felt better, the root cause was swept under the rug.

“After these laws were on the books, there was never a conversation of why racism existed and the atrocities done to people of color,” Dr. Moore said.

“It;s like a wound that never got cleaned out,” Dr. Moore said, "so you put a band-aid over it and say, 'here are some laws' [but] the dirt is still in the wound of racism.”

“Larger amounts of Americans are realizing how people of color have suffered, so I think there’s been an awakening of consciousness around that,” Dr. Moore said.

In the past week, businesses have even distanced themselves from CrossFit and CPI Security after their CEOs made what were perceived to be racially insensitive comments. On Wednesday, HBO Max pulled the movie Gone with the Wind for its racial prejudices.

“Around this sort of 'cancel culture,' there’s a little bit of a cultural morality being built about: all customers are important,” Dr. Moore said.

Dr. Moore believes this country cannot find solutions to eradicate racism until we have open conversations about its history, how it’s impacting the present, and why it’s wrong.