"I am concerned about the dangerous efforts to pull down and carry off large, heavy statues and the strong potential for violent clashes at the site," Cooper said. 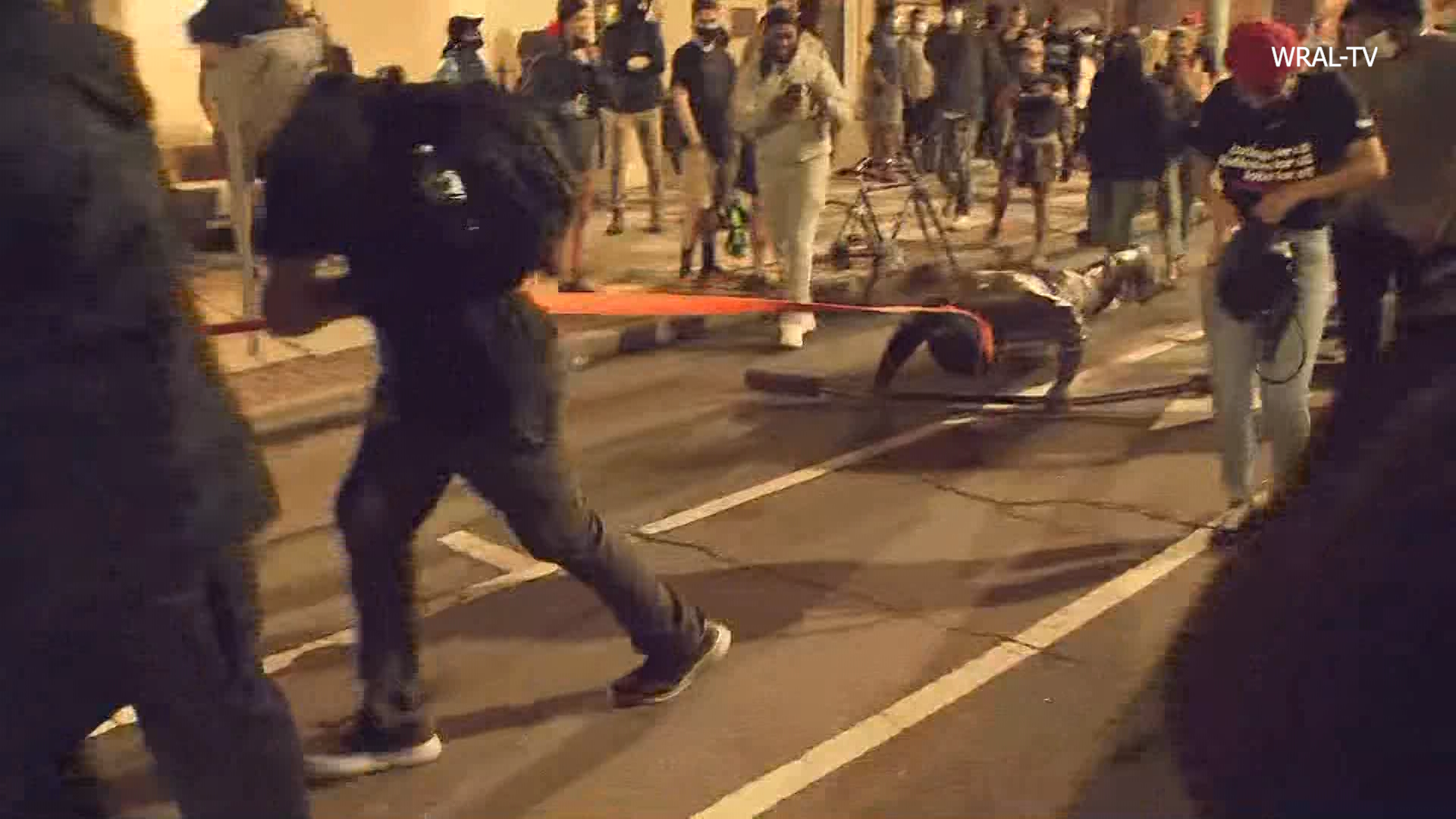 RALEIGH, N.C. — Governor Roy Cooper has ordered the Confederate monuments on the Capitol grounds to be moved to protect public safety.

“I have ordered the Confederate monuments on the Capitol grounds be moved to protect public safety. I am concerned about the dangerous efforts to pull down and carry off large, heavy statues and the strong potential for violent clashes at the site. If the legislature had repealed their 2015 law that puts up legal roadblocks to removal we could have avoided the dangerous incidents of last night.

"Monuments to white supremacy don’t belong in places of allegiance, and it’s past time that these painful memorials be moved in a legal, safe way.”

The monuments being removed from the Capitol grounds include: the remainder of the North Carolina Confederate monument, the monument to the Women of the Confederacy, and the figure of Henry Lawson Wyatt.

In 2017, Governor Cooper called for Confederate monuments on State Capitol grounds to be relocated to museums or related historical sites where they can be viewed in context. Read the Governor’s Medium post on the monuments.

A North Carolina law passed in 2015 after the Charleston Emanuel AME Church killings prevents removal or relocation of objects of remembrance that are on public property. Governor Cooper has called on the legislature to repeal that law. The law includes an exemption if the monument is determined to pose a threat to public safety.

RELATED: NCAA: No championships in states with confederate symbol