The roles in fulfillment and transportation offer a starting wage of at least $15 per hour and sign-on bonuses of up to $1,000 in select locations. 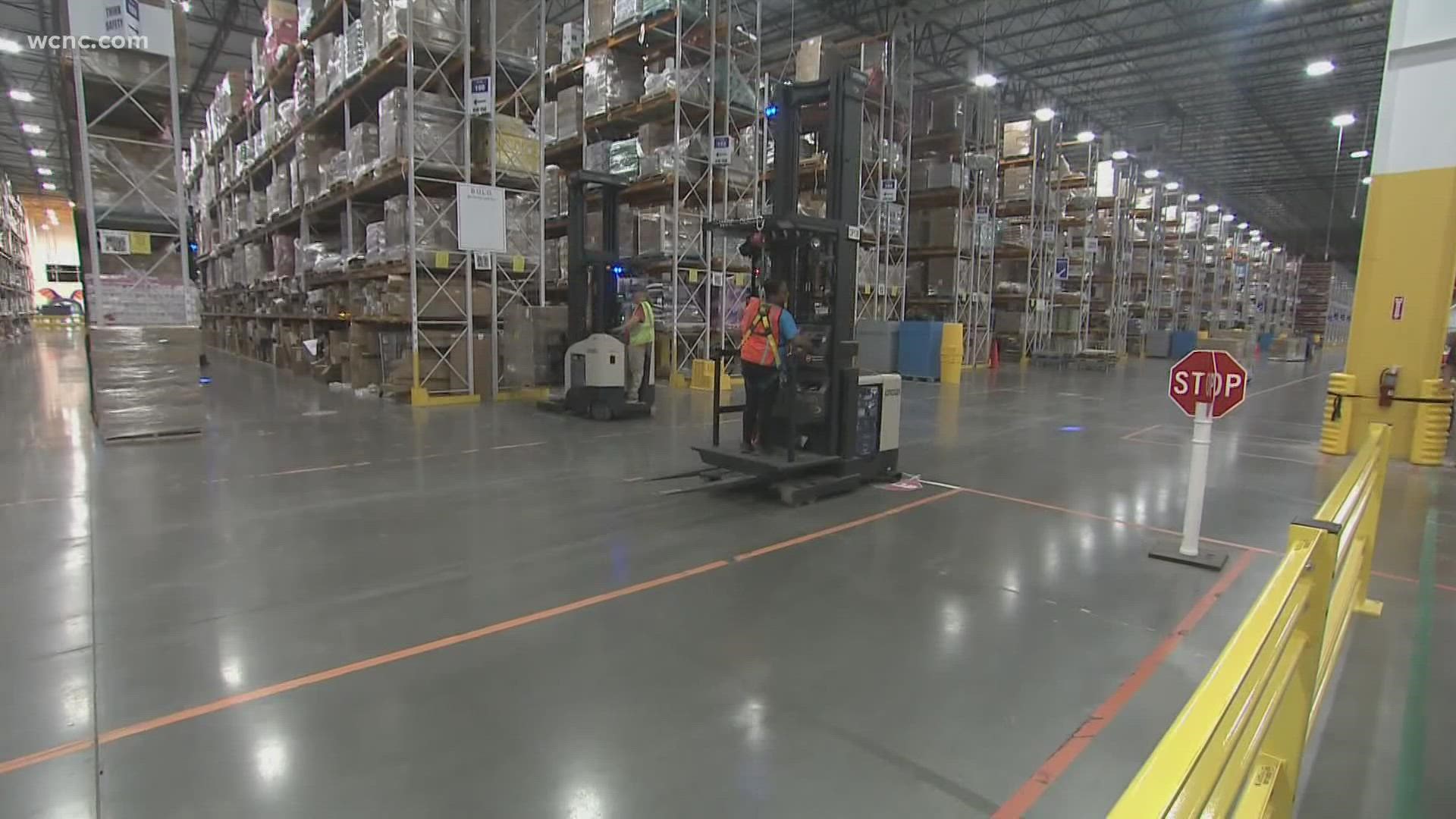 CHARLOTTE, N.C. — Amazon announced Tuesday that it is providing an additional 3,500 local employment opportunities in the Charlotte area.

The roles in fulfillment and transportation offer a starting wage of at least $15 per hour and sign-on bonuses of up to $1,000 in select locations.

Hiring for the new roles is already underway. Interested candidates can visit www.amazon.com/apply to learn more and apply.

As Amazon seeks to make a splash in the local jobs market, small businesses are struggling to fill open positions.

The National Federation of Independent Business (NFIB) reported a record 49% of small businesses have unfilled job openings, which has forced many of them to reduce their hours.

The NFIB said 91% of business owners with open positions are struggling to find enough "qualified" applicants.

At Bean Vegan Cuisine in East Charlotte, Stephanie Washington was hoping for a healthy lunch until she found out the restaurant changed its schedule due to staffing struggles.

"Now that they're not open, I have to figure something else out," Washington said. "There's not a lot of options in this area."

In a Facebook post, the restaurant's owner said they were exhausted after working short-staffed for the last year. They added the last six months were especially tough to hire and retain workers.

While Washington was disappointed, she understood why the restaurant has to close some days because her career field is also struggling with turnover.

"If you're available to work, can somebody put an application in because we still want to be able to eat," Washington laughed, referring to Bean Vegan Cuisine.

Since the beginning of the pandemic, Amazon has hired over 450,000 people in the U.S., and one-in-10 hourly employees who have been with the company six months or longer have been promoted. Amazon is now the largest job creator in the U.S. and was recently named by LinkedIn as the No. 1 company where Americans want to work and develop their careers.

"We are proud to offer opportunities for people from a range of backgrounds, from furloughed workers to former military personnel," Dave Clark, CEO Worldwide Consumer at Amazon, said. "We take our responsibility as an employer seriously and want our employees to succeed and thrive."

Dick's Sporting Goods is also planning to hire 210 seasonal associates in the Charlotte region while Concord Mills will host a virtual career fair this Saturday to fill about 150 positions at the mall's restaurants and stores. 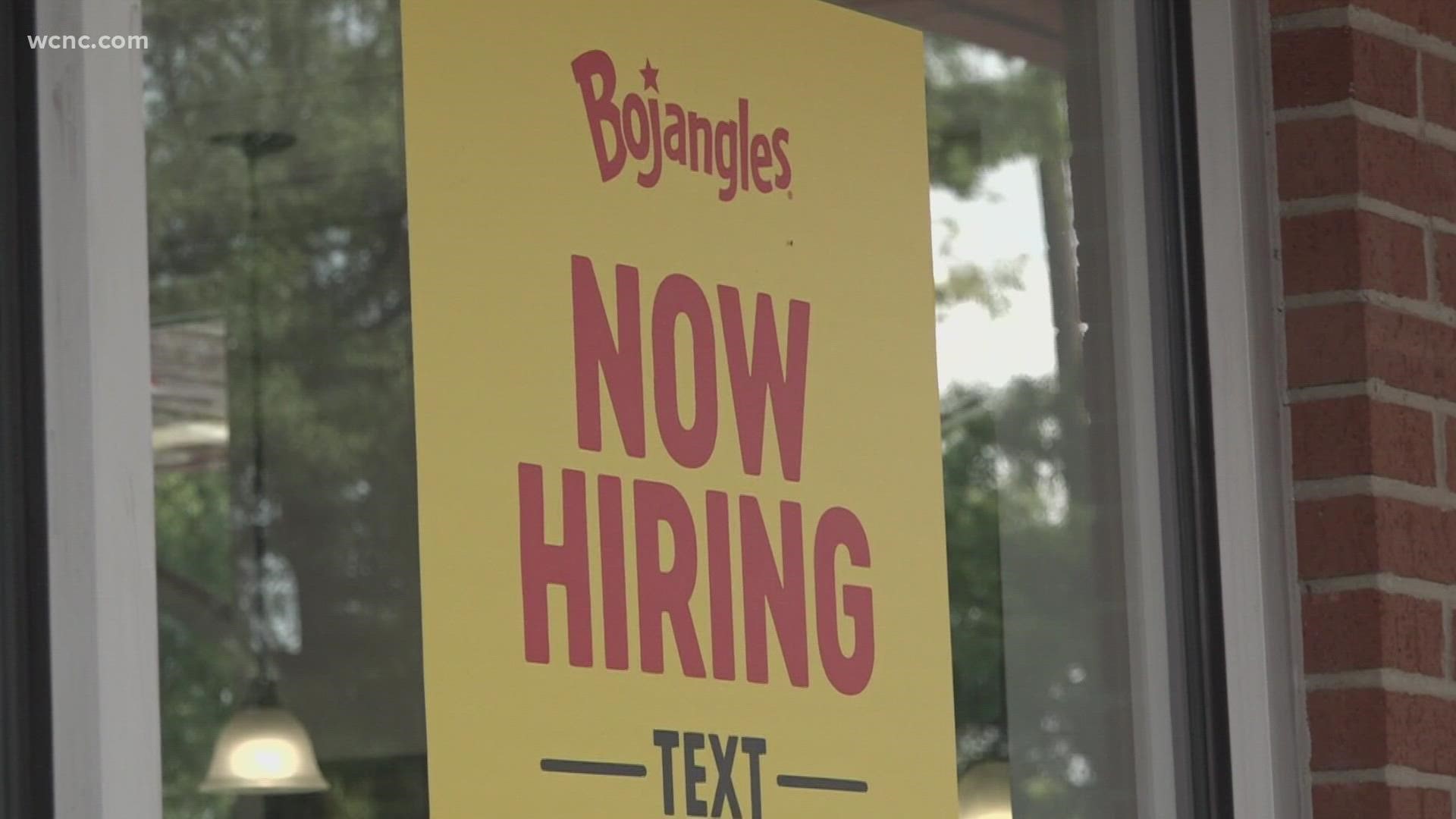