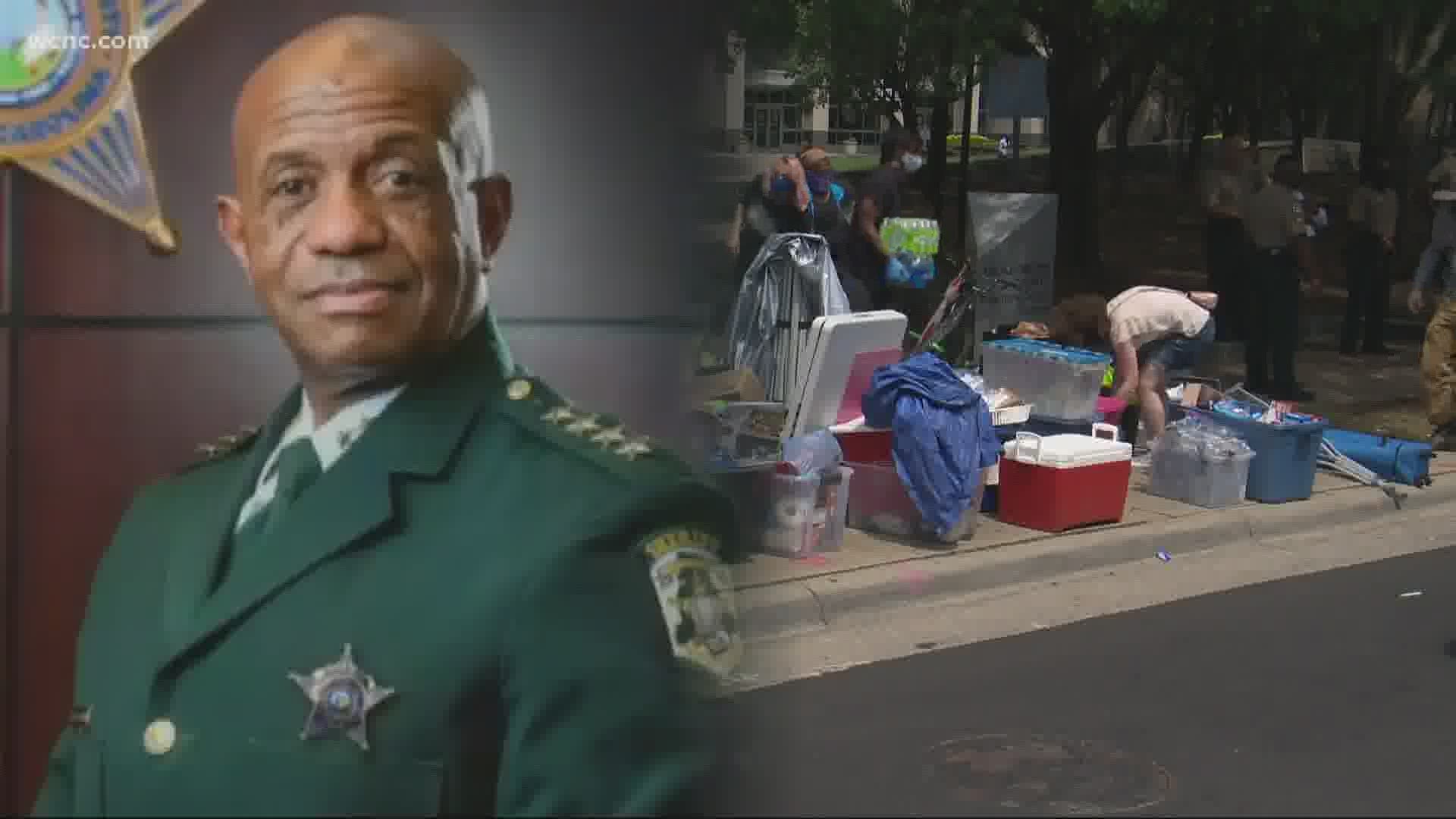 CHARLOTTE, N.C. — Jail support has been camped out outside the Mecklenburg County Detention Center on Fourth Street. They've been there since the George Floyd protests.

But now, there are concerns from county leaders after complaints of defecating and fornicating in public.

"I support them but not what it has turned out to be," McFadden said. "I do not support what jail support has been turned into now and hijacked to be."

Jail Support is a group of volunteers who set out to give resources and help those leaving the Mecklenburg County Jail in Uptown.

In startling and sometimes disturbing details, McFadden said Jail Support volunteers have bullies sheriff's deputies during shift change, vandalized the building, have left feces on county property next to their encampment and on multiple occasions have been seen taking part in sexual acts.

Volunteers with Jail Support have clashed with deputies before. In June some were arrested and ended up moving across the street from the jail.

Charlotte Uprising, a local group who started Jail Support and were active in protests, said McFadden is lying.

"That crushed me," said Leigh Robbins, a volunteer who spoke out on Tuesday. "But you're not going to get my spirit. You don't get that. We will survive. We will keep going, we will thrive."

They said deputies see volunteers as threats because of their demands to change the system and defund authorities.

"All attempts to criminalize jail support are because of its very existence de-legitimizes the social order," said another volunteer.

County Commissioners were appalled by what they heard, saying they support the original mission, but they don't support lawlessness.

"You can't just do whatever you want to do because you have a good motivation," said Commissioner Trevor Fuller. "That is public property that belongs to everybody."

It's unclear what Sheriff McFadden will do next.

A public defender warned commissioners and McFadden not to remove Jail Support and to actually invite them to a meeting to get their side and try to come up with a solution together.