Charlotte-Mecklenburg isn't the best in the country for parks and greenways. Quite frankly, in a growing city, it's a race for land. 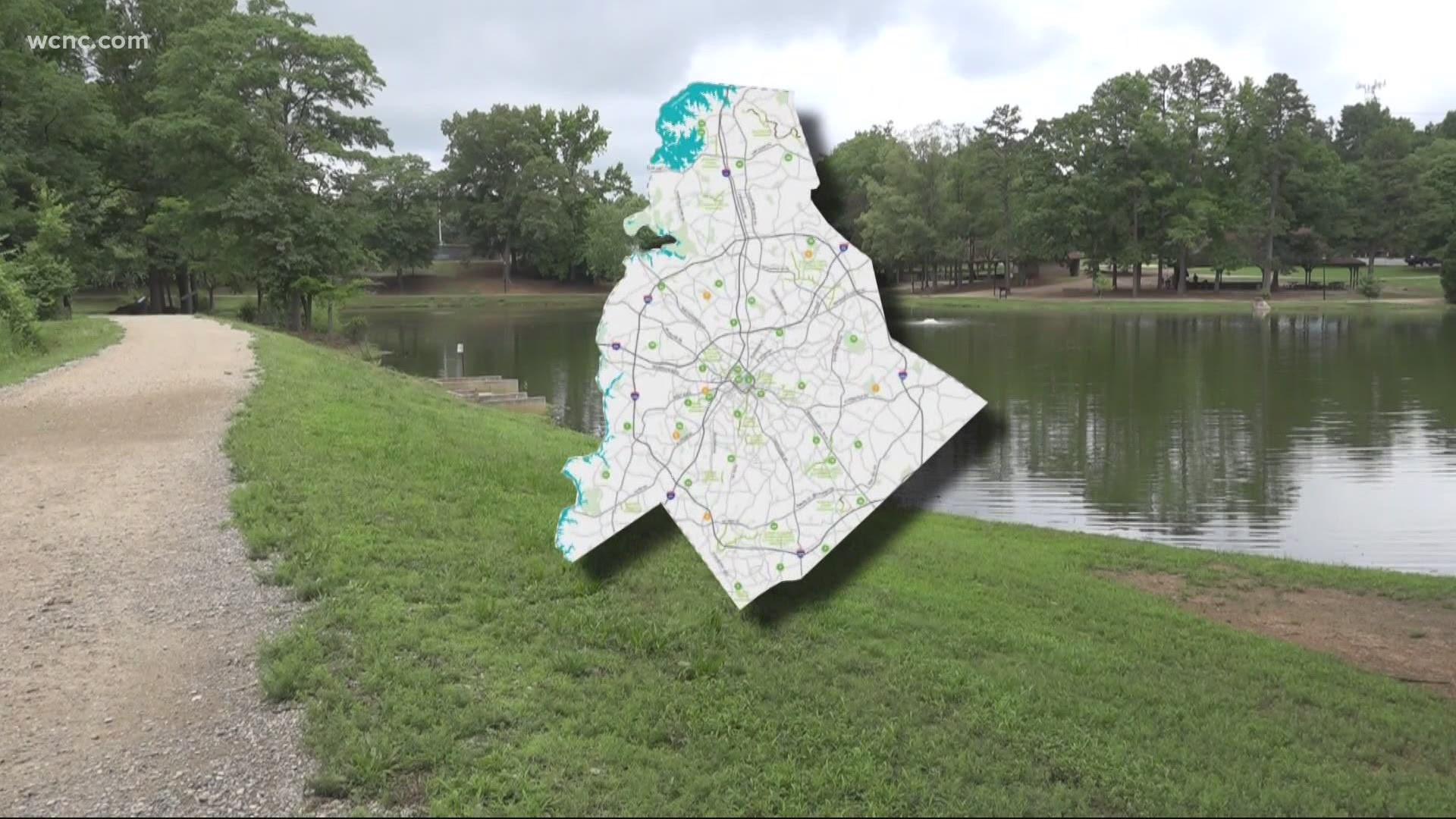 CHARLOTTE, N.C. — Charlotte-Mecklenburg isn't known for its amount of parks or greenspace.

Mecklenburg Parks and Recreation is working to release the plans in February that would help fix that problem and some on the board of county commissioners are eyeing a bond as a possible way to fund it.

Currently, there are 210 parks in the county on roughly 21,000 acres of land that's hard to come by these days.

"Developers are looking at places, the few pieces of land that are left, and we're in competition for that," a Mecklenburg County commissioner and vice-chair of the board, Elaine Powell, said

Data provided to board members on day two of their annual retreat showed eight zones in the county where residents do not have a park within a 10-minute drive.

That's one of several inequities the board and parks and recreation want to fix.

"It's looking at the have's and have not's," said Parks and Recreation Director Lee Jones.

Many of the priority areas that need parks and greenspace are those where there are high rates of renter-ship, lower than average household income, high youth and senior population, and high non‐white resident population, according to Jones.

That inequity is why Jones pointed out those areas may take priority for investment or reinvestment in the coming years.

In February the county will release their Master plan, or Meck Playbook as it's called, for the public to review.

A community survey showed there's a want for more paved trails and fitness programs, as the top priorities among other things.

The plans will of course cost millions of dollars, and county leaders are already thinking of ideas on how to fund the projects that haven't yet been laid out.

"You know, now's the best time to borrow money than we will probably see in a long time," argued Commissioner Leigh Altman, noting interest rates are at record lows.

But to take on debt and borrow money, the county's policy is to have the public make the ultimate decision by putting a bond on a ballot.

"The earliest you could put it on the ballot is November anyway. And we have plenty of time to talk about getting a new bond," said Mecklenburg County Manager Dena Diorio.

But there's one problem: if the county pushed for a bond by the end of 2021 to take advantage of low-interest rates, will the public feel like they're being asked for too much money from the local government?

The City of Charlotte is already working on a November referendum that would ask voters to increase the sales tax in order to help fund a multi-billion dollar transportation overhaul throughout the city. They would first need state lawmakers to sign off on the idea.

Diorio told commissioners Thursday, historically the county does not put a competing bond on the ballot at the same time the city puts one on it.

Regardless, the work for reinvesting and expanding parks in the county is ongoing and leaders want to see the actual plans before they decide how they'll fund it.