Mural on side of Brooks' Sandwich House honors Scott Brooks

It features the phrase "too blessed to be stressed," which Scott Brooks was known to say often. 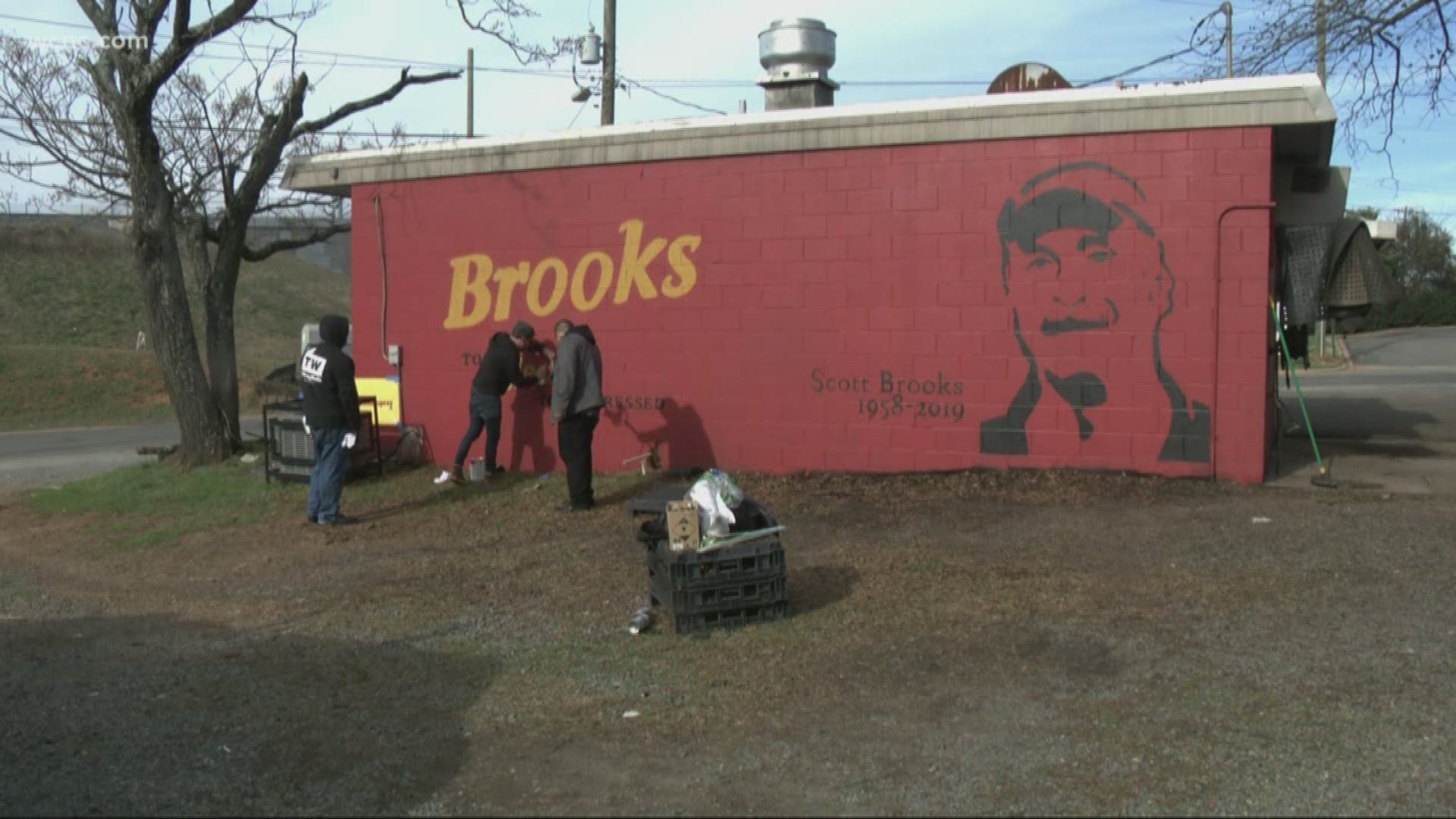 CHARLOTTE, N.C. — Over a month since the murder of Scott Brooks, the Charlotte community is still grieving. As Brooks' Sandwich House prepares to reopen February 1, a local artist used spray paint and stencils to create a mural in his memory.

On the back of the beloved restaurant in the NoDa neighborhood, visitors and passersby can now see a stenciled picture of Brooks, accompanied by the phrase "too blessed to be stressed."

Brooks' family has said that he often told others he was "too blessed to be stressed." NoDa's craft beer community is also developing a beer in his honor named after the phrase.

RELATED: Scott Brooks to be remembered with NoDa craft beer

The mural debuted January 22. For the artist behind the mural, it was the perfect way to remember a man known for giving back to the community he loved.

The Charlotte-Mecklenburg Police Department said anyone who has information about Brooks' homicide would be eligible for a reward up to $21,000.

In a Facebook post last week, Brooks' Sandwich House said while they know reopening the restaurant will be hard physically and emotionally, they know Scott Brooks is watching over them and they are "too blessed to be stressed."