The fuel leak was first reported in August 2020, after city officials say two teenagers were riding ATVs and noticed the leak. 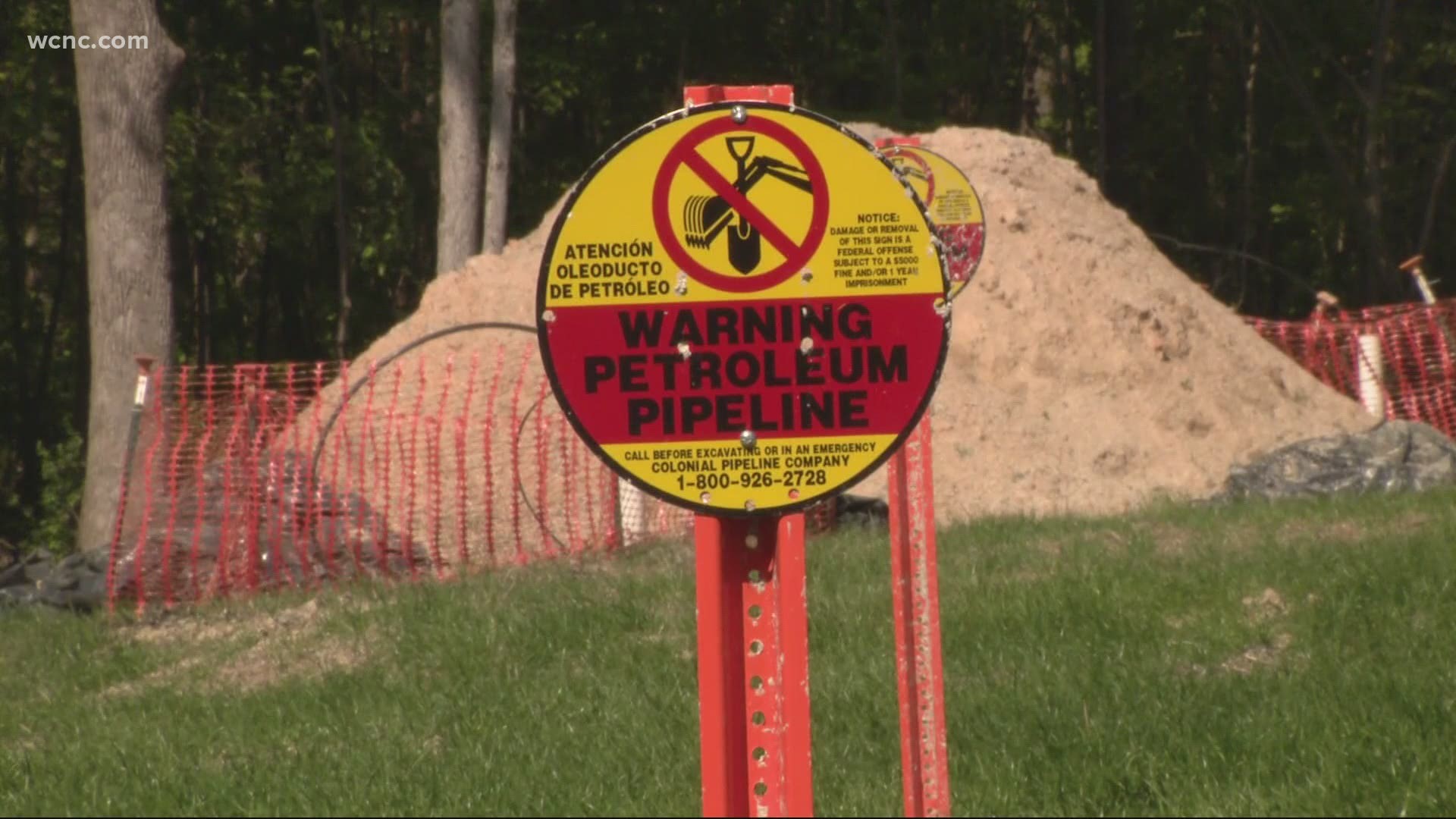 Access to the clean-up site, located near the 14000 block of Huntersville Concord Road in Huntersville, is blocked to the public.

“It is unacceptable that for eight months Colonial Pipeline has been unable to provide a reliable accounting of the amount of gasoline released into this community,” NCDEQ Secretary Dionne Delli-Gatti said. “We will take all necessary steps and exercise all available authority to hold Colonial Pipeline accountable for what has become one of the largest gasoline spills in the country.”

In response, Colonial Pipeline issued an update April 16, saying the spill is also larger and more deep into the soil than previously thought.

“A preliminary analysis of the data indicates that, while the product appears to remain contained to the general vicinity of the release location and previously delineated product area, there are zones where product is located deeper in the soil than originally modeled,” the update read.

The fuel leak was first reported in August 2020, after city officials say two teenagers were riding ATVs and noticed the leak.

“I was upset when I heard in August there was a gasoline leak in my district here in Huntersville, but wow, am I worried now because the number of gallons of gasoline keeps going up and up and up,” NC State Sen. Natasha Marcus - (D) NC - District 41 said.

Sen. Marcus said no one yet knows exactly how much gasoline has spilled. In its release, NCDEQ said it has given Colonial until April 26 to file an accurate report.

“Colonial is required to provide a revised Comprehensive Site Assessment (CSA) by April 26 in response to the February Notice of Continuing Violation, which identified 22 deficiencies in Colonial’s CSA and directed Colonial Pipeline to extend residential private well sampling radius an additional 500 feet,” the release said.

Sen. Marcus has also taken action, filing Senate Bill 549 which aims to improve pipeline safety, by providing funding to the NCDEQ to allow for state-level monitoring. As it stands currently, North Carolina relies on Colonial Pipeline for monitoring.

“We have no idea how long this was leaking because current practices clearly do not provide enough safety measures to monitor a leak like this,” she said, adding this is the largest spill in North Carolina’s history.

The Colonial Pipeline is the largest of its kind in the US, carrying more than 100 million gallons of fuel between Texas and New York.

Huntersville resident Donna McCormick said she had no idea the pipeline even ran through Huntersville until the leak.

“We stopped drinking the water as soon as we heard about it and we’ve been drinking bottled water for eight months,” she says.

McCormick, who lives about a mile from Huntersville-Concord Road, has spent more than two decades in her home, raising nine children. She said they receive water from a well on the property, but added she no longer feels safe drinking it.

“I won’t trust it and I won’t trust them now because I feel like they have not given us the truth,” she said.

McCormick said some of her neighbors have already decided to sell, while she and others hope the spill won’t have a negative affect on property values.

“It’s really sad, I think a lot of people are really disappointed," she said. "Somebody’s mistake is costing everybody is many ways, whether it be to sell their home or to let their family use the water, and you know water is pretty important.”

Colonial says they’ve collected more than 600 surface and drinking water well samples since last August, and has not found “any detection of petroleum constituents in those collections.”

To clean up the spilled gasoline, Colonial says they are using an “extensive network of recovery and hydraulic wells. In total, they says there have been 118 wells installed to support product recovery efforts.

The company says as of Monday, April 12, they’ve recovered 24,512 barrels of the previously estimated 28,571 barrels representing approximately 85%  of that estimate. 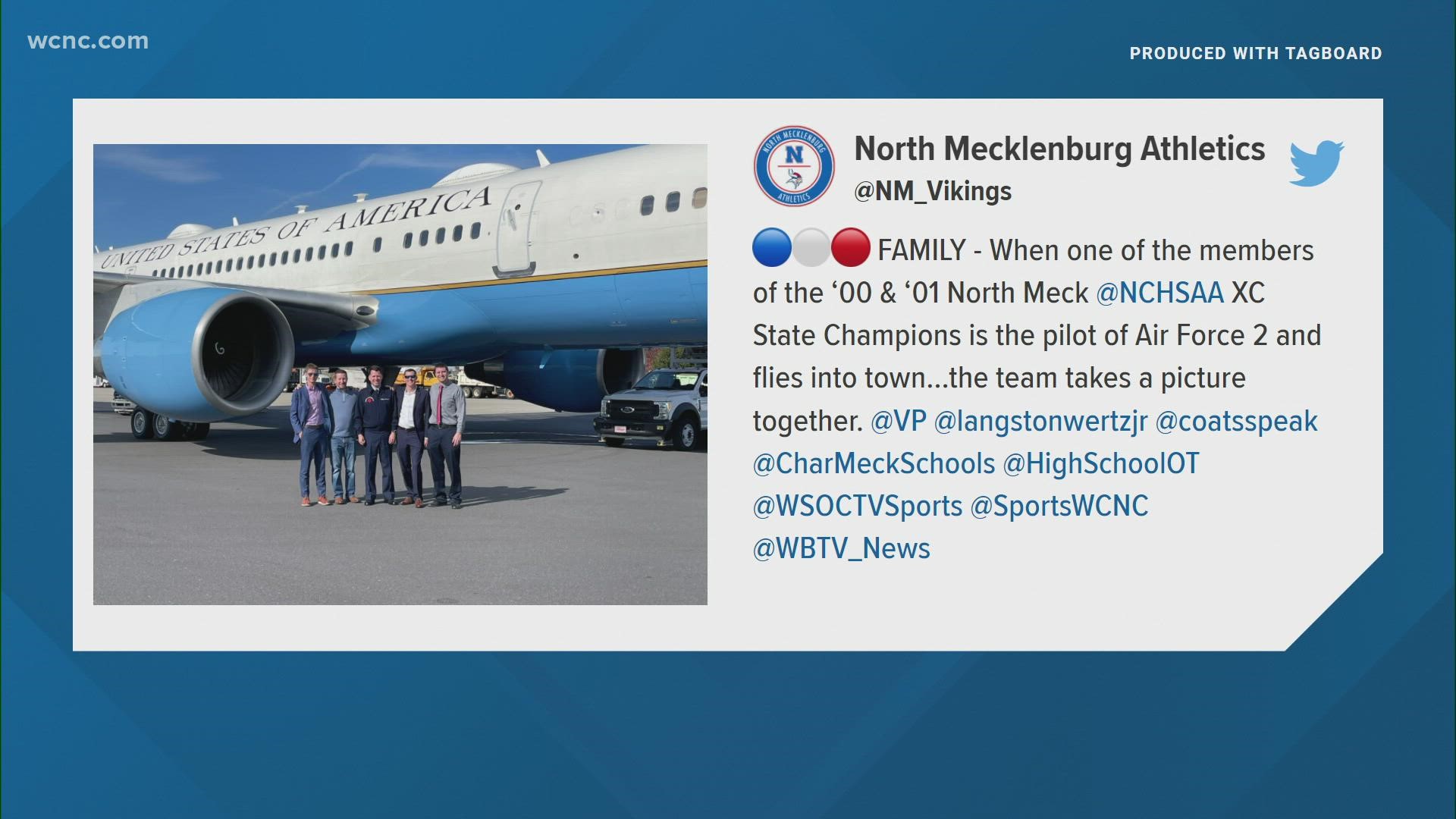