More than a million gallons of gas spilled from the Colonial Pipeline back in August 2020. 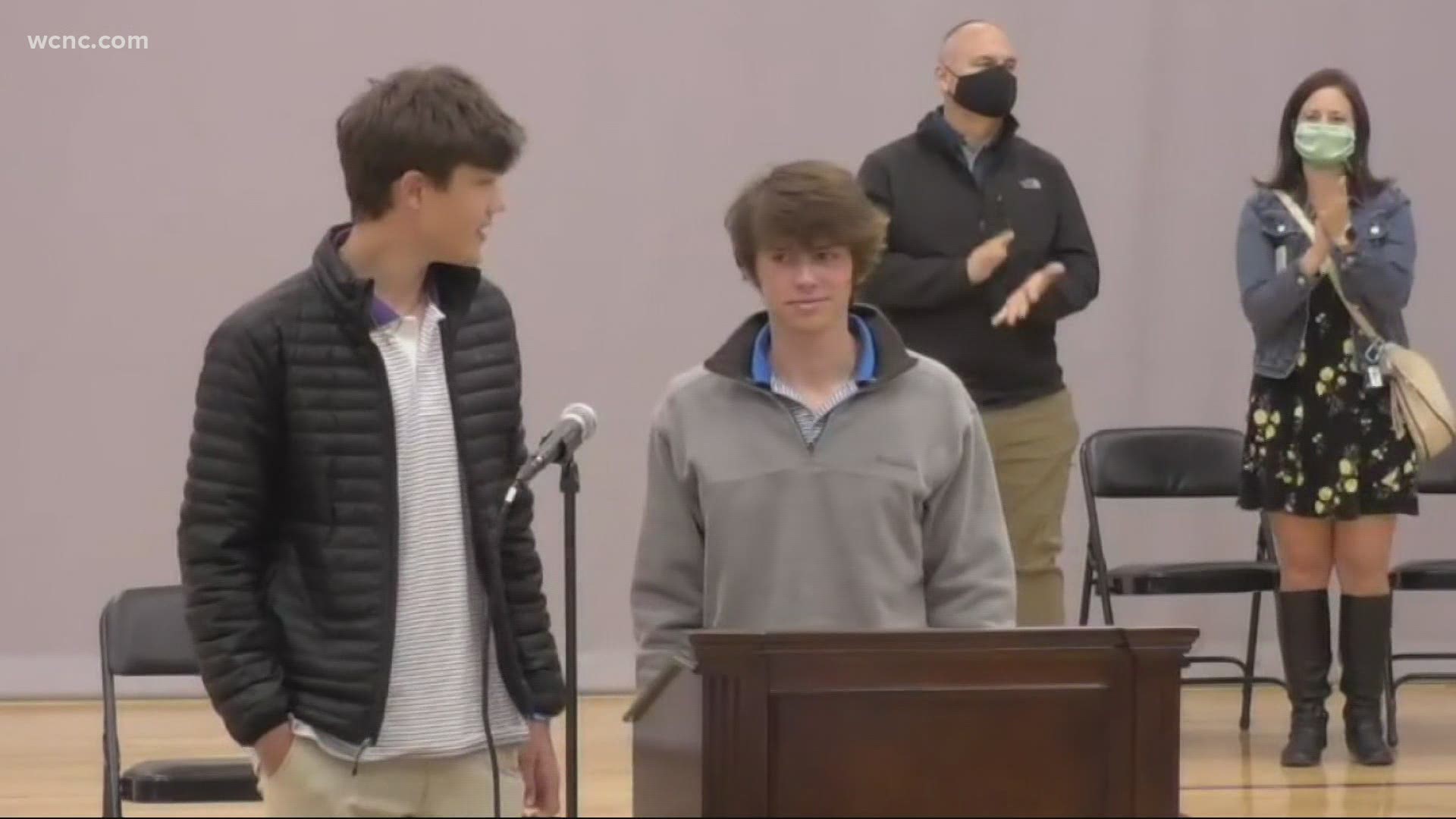 HUNTERSVILLE, N.C. — The teens who discovered a massive gas pipeline leak in Huntersville were given a key to the city Monday evening.

The two teens, Owen and Walker, were praised during the Huntersville town board meeting.

More than a million gallons of gas spilled from the Colonial Pipeline back in August.

"Thankfully two highschool guys came upon this leak and noticed it," Aneralla said. "If not, we would have least gone five more days of leaking before the plane would have gone over."

Aneralla said he had wanted to get both of the teens together for a while now but said a virtual presentation was just not enough.

After receiving the gifts the two teens thanked the mayor and said they were glad "nobody got hurt."

Since the spill, Colonial Pipeline said dozens of monitoring wells have been installed surrounding the impacted area along with weekly samplings of surface waters.

“We want to ensure the community that there has been no detection of petroleum compounds in any residential waterways,” Colonial Pipeline representative Greg Glaze said.

Colonial Pipeline said the priority both then and now is to ensure community health and safety. Yet some homeowners who live in the affected area say that may not be entirely true due to what they call a lack of transparency and accountability.

“The ball is still in their court to answer questions that still have not been answered from the last meeting,” resident Erin Cohen said.

“My faith in them being accountable is even less now than it was at the start of this meeting,” Lyke said.

Colonial Pipeline also announced it will be asking residents who live within 1500 feet of the site to have their wells closed off.