Mothers of Murdered Offspring helps families who lose loved ones to violent crimes with funeral arrangements and vigils. 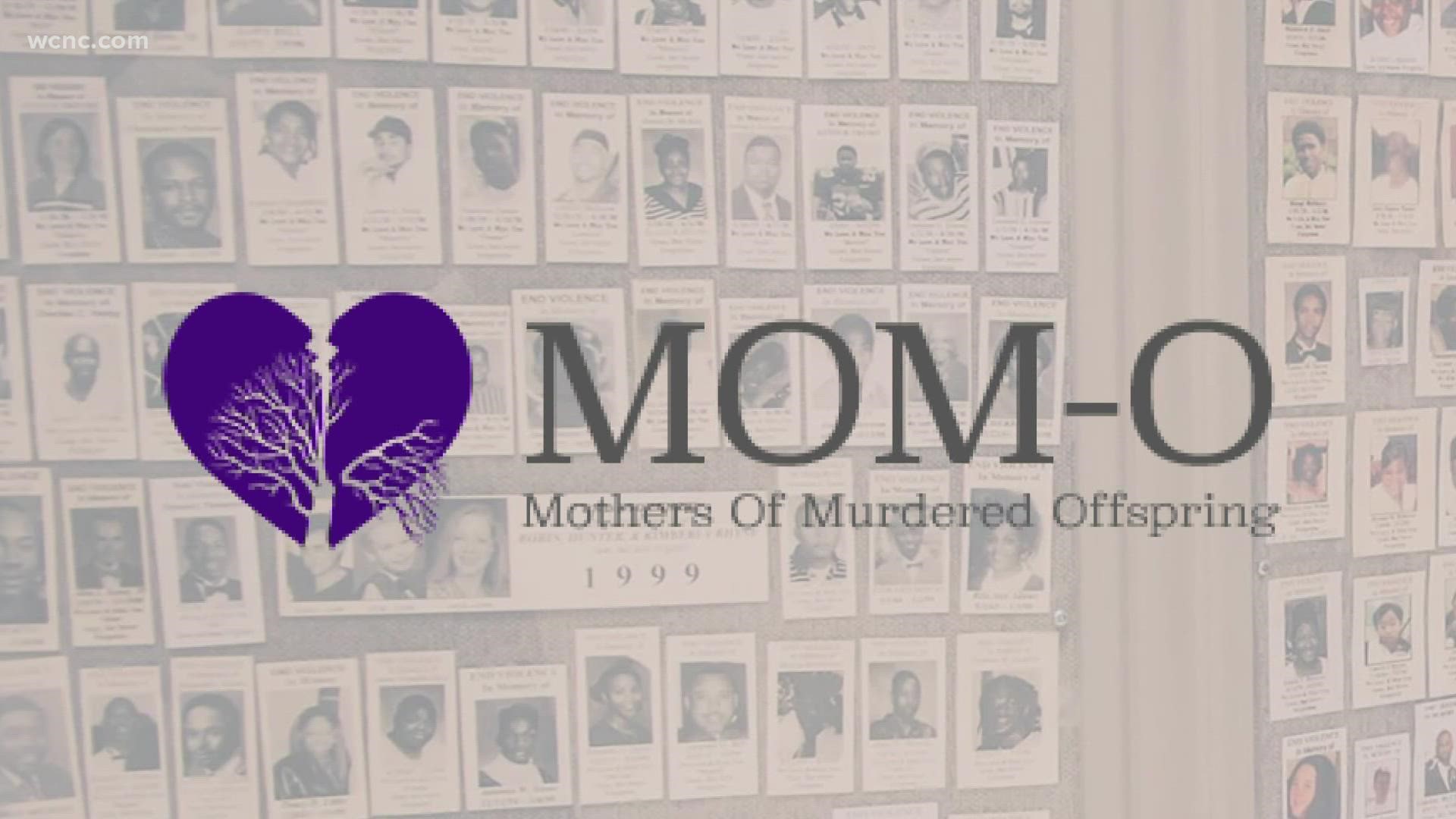 CHARLOTTE, N.C. — The thought of losing a loved one to violent crime is harrowing. As the holiday season continues, families who are grieving these tragedies seek guidance, comfort, justice, and community.

That's where Mothers of Murdered Offspring, or MOMO, comes in.

“As soon as someone is murdered, shortly thereafter we get the report that says 'here’s the next-of-kin,'" said Lisa Crawford, the nonprofit's executive director. “Most of them are devastated they cannot imagine this has happened to them."

Once they reach out, MOMO offers help in a variety of ways to affected families, from grief counseling to acting as intermediaries for some things.

“We help them with funeral arrangements, we sort of help with that part, but then we also do candlelight vigils," said Crawford.

After the vigils are done, the support goes on; MOMO offers support groups for everyone they serve as the grieving continues.

“We have families that are weeks in, months in, years in, and decades into the process of grief," Crawford noted.

MOMO was started back in March 1993 by the late Judy Williams, who passed away last year. She has been described as a community pillar and started the group after her goddaughter, Shawna Denis Hawk, was brutally murdered. Williams started the group with Shawna's mother Dee Sumpter, along with David Howard.

WHERE'S THE MONEY: Holiday shopping guidelines on how to save money and stay safe

Crawford was inspired to start volunteering with MOMO about 20 years ago, and wanted to be clear: she hasn't lost someone to violence. Rather, she's dedicated to her work.

“I believe in the struggle of these families and I believe that if I give my time and my talents to help them that I can make a difference," she said.

As she's given that time, however, Crawford has noticed a disturbing change in the faces of violence: both the perpetrators and victims are getting younger.

“It’s the who is really what’s shocking to me," she said.

Crawford and MOMO are still seeking solutions to help grieving families. If you want to donate, click here.