Burke County Search and Rescue said the theft will affect their response times to mountain emergencies. 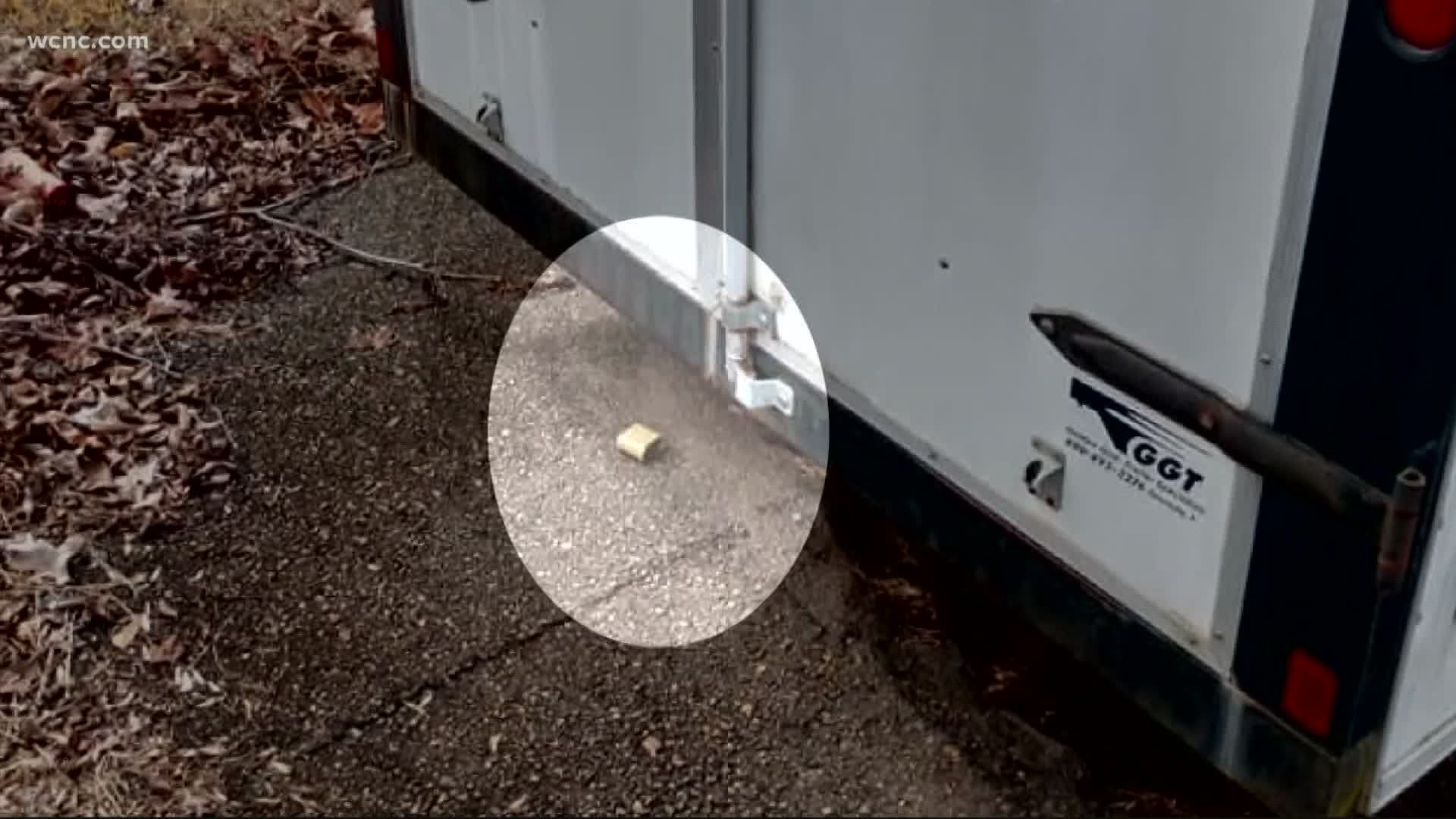 MORGANTON, N.C. — One person has been arrested and the search is on for the second person after officials said they broke into two of Burke County Search and Rescue's trailers and stole thousands of dollars worth of equipment.

Battalion Chief Wes Taylor said they believed the break-in happened early Saturday morning after the squad returned from a rescue at Linville Gorge.

After locking up their trailers, the squad returned Saturday at 9:30 a.m. for training.

When they arrived, they found padlocks for two of their trailers cut open.

"All this equipment belongs to the community. It's used to serve the community," Battalion Chief Taylor said. "It's really heartbreaking someone would do this to a volunteer organization."

Morganton Department of Public Safety investigators are back out at Burke County Search & Rescue after thieves broke in and stole thousands of dollars worth of ATVs, radios and other rescue equipment. Today at 5 pm on @wcnc, the dangerous impact this theft has on the region. pic.twitter.com/nzvgffdVhM

He said the theft could put lives in danger.

If someone hiking the nearby mountains has a medical emergency, every second could mean the difference between life or death.

"Those ATVs are a huge asset to getting us in and patients out," he said. "Not having that equipment, we have to call neighboring departments. We've already talked with them, and they volunteered their equipment anytime we need it, but that definitely puts a delay on our response time."

Battalion Chief Taylor said as they file insurance claims and try to replace equipment, they'll still be taking rescue calls, but he hoped the thieves will bring back the squad's equipment.

"We want our equipment more than we want anyone punished," he said. "We just want to be able to serve our community and help people in need."

Anyone with information on the theft can call the Morganton Department of Public Safety at 828-432-2675.