'I'm the luckiest person you could ever look at': Purple Heart veterans reflect on why they served

Purple Heart Veterans in Charlotte are opening up about their time in service and receiving the Purple Heart. 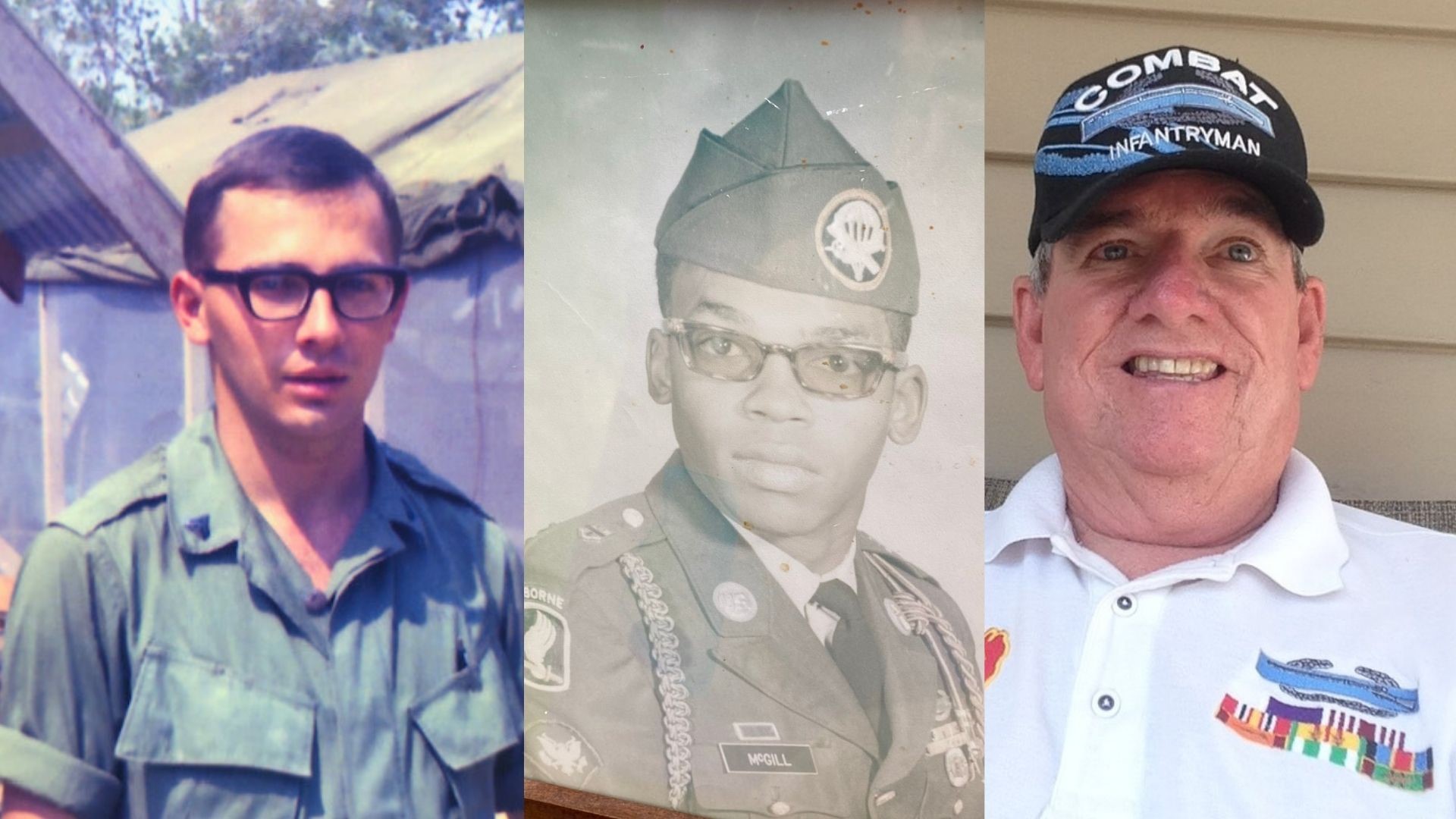 CHARLOTTE, N.C. — Three Purple Heart veterans in Charlotte find comfort in each other.

"We know what each one of us went through," McNeill said.

"It has meant so much to me just them being there," Rick added.

All of them opened up about their time in service and receiving the Purple Heart.

"I was on a truck that exploded, hit a landmine and I fractured my back," McGill said. "I was humbled by it because I didn’t lose an arm or a leg."

"I was wounded in the arm, the abdomen and the leg and considered myself fortunate," Rick said. "Spent four months in the hospital in Japan but I kept going."

"A plane dropped two 500-pound bombs," McGill said. "Killed 110 people, and I got out of my foxhole and got down on my knees and prayed. I’m the luckiest person you could ever look at."

These Purple Heart veterans are so humble.

"I wasn’t there for the Purple Heart," McGill said, "I was there to serve the country."

Rick said over the years, the award's significance has grown.

"At first, it just felt like it was a decoration but over the years, I have come to find out it's not just a decoration, it's somebody that has put their life on the line."

"Without the veterans, we wouldn’t be here," McNeill said. "Freedom is on the back of the veterans that served the country."

RELATED: 'We have work to do' | Charlotte's American Legion posts facing financial hardships

WCNC Charlotte anchor Sarah French asked, "How does that make you feel when someone comes up and tells you thank you?"

"It makes you feel good that they take time out of their day to express their appreciation," McNeill responded.

"But the reason that I went to serve... I got more out of it than I gave," McGill said. "It's all of us together, and if we can’t come together and serve our country then who we gonna serve?"

"We as Americans have a duty to honor our country," Rick said. "We live in the greatest country in the world. It means so much to me just to be a part of it and to be able to serve and be able to call this my country."