Police said Brooks was opening the store and then confronted by an unknown person and was shot and killed. 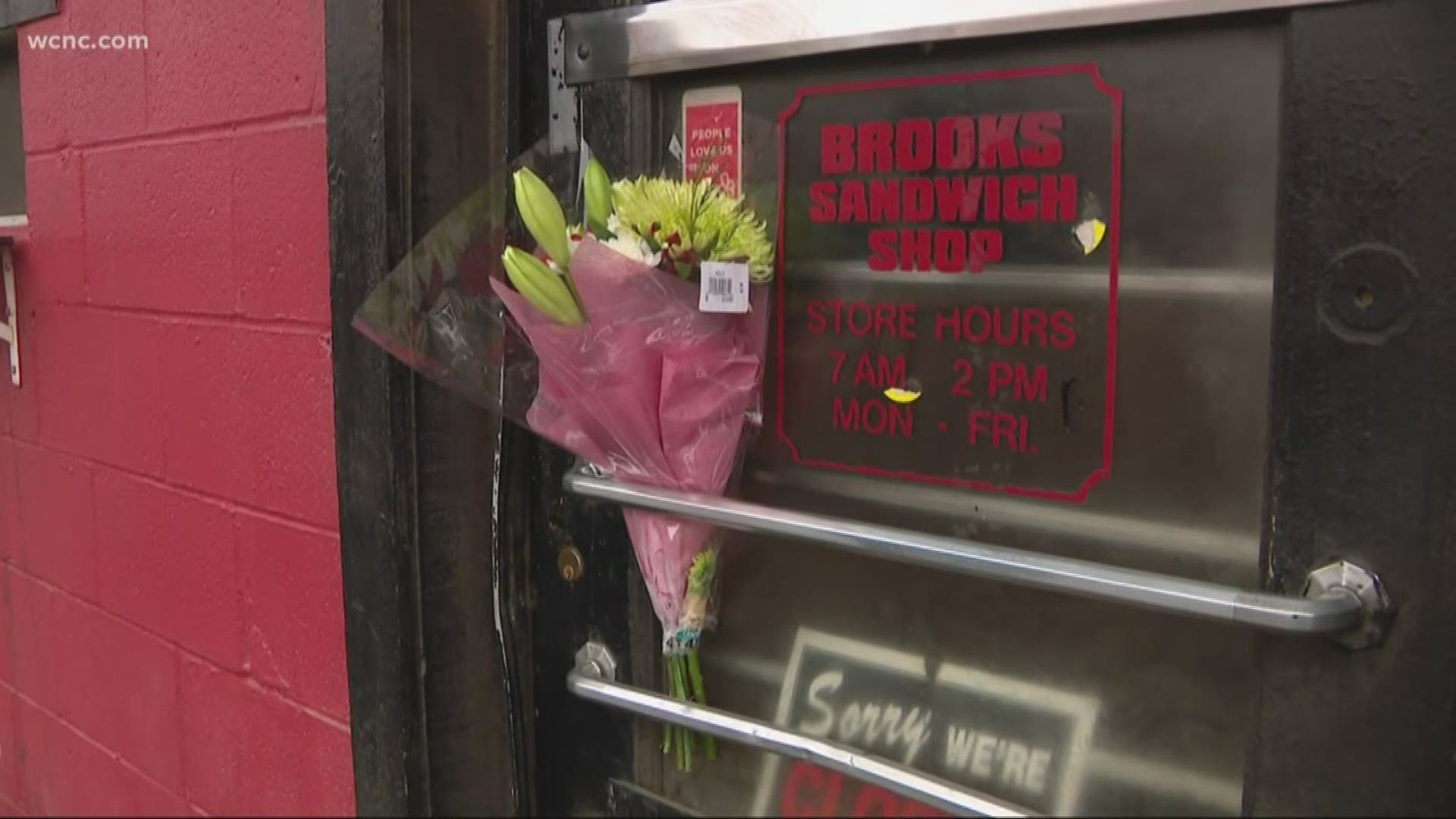 Around 4:45 a.m., Brooks, 61, was opening the store when he was confronted by an unknown, armed person outside the NoDa restaurant.

Police said there is no known motive at this time and no arrests have been made. There are security cameras at the business but it's unclear if they caught anything.

Scott Brooks and his twin brother David run the three-generation, family-owned Brooks' Sandwich House originally opened in 1973 by their father. The cash-only restaurant is known in the community for its burgers, hot dogs, and chili.

"They're wonderful people," one man said.

He was visiting Brooks's Sandwich House on Monday.

Flowers are being placed outside the restaurant by loyal customers, friends, and family.

"Anyone who knows Charlotte, knows that that place is a staple of the community," Charlotte-Mecklenburg Police Department Major Dave Robinson said Monday morning outside the restaurant. "It's an iconic kind of place and a landmark."

The NoDa community is remembering their neighbor.

The investigation is ongoing. Anyone with information is asked to call Crime Stoppers at 704-334-16000. Tips can be left anonymously and anyone who provides information leading to an arrest is eligible for a $5,000 reward.