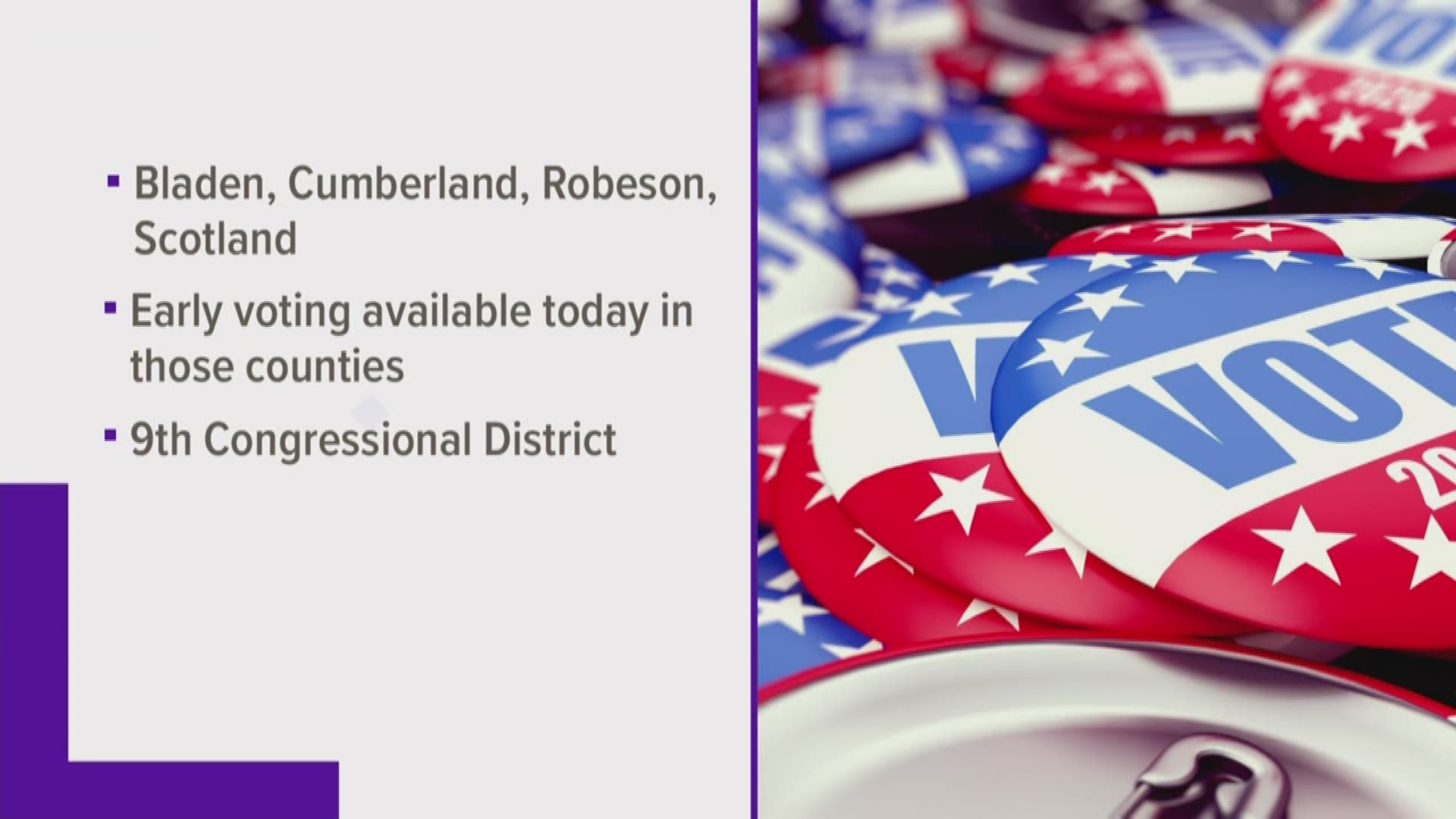 RALEIGH, N.C. — Early voting in the 9th District has been extended for those affected by Hurricane Dorian.

“We are thankful that Hurricane Dorian did not cause significant damage to the southeastern part of our state, and are mindful of what other areas may still face,” said Karen Brinson Bell, executive director of the State Board of Elections. “We are committed to ensuring that voters in the 9th Congressional District can cast their ballots for the September 10 election. I have ordered affected counties in this district to open today and Saturday to make up for some of the missed hours of early voting and allow voters to same-day register if needed. This is an important election, so we encourage all eligible voters to make their voices heard.”

McCready lost to Republican Mark Harris in last November's election, but the state board called for a new election after allegations of absentee ballot tampering in two counties.

So far, four people have been arrested in connection to the election fraud investigation.