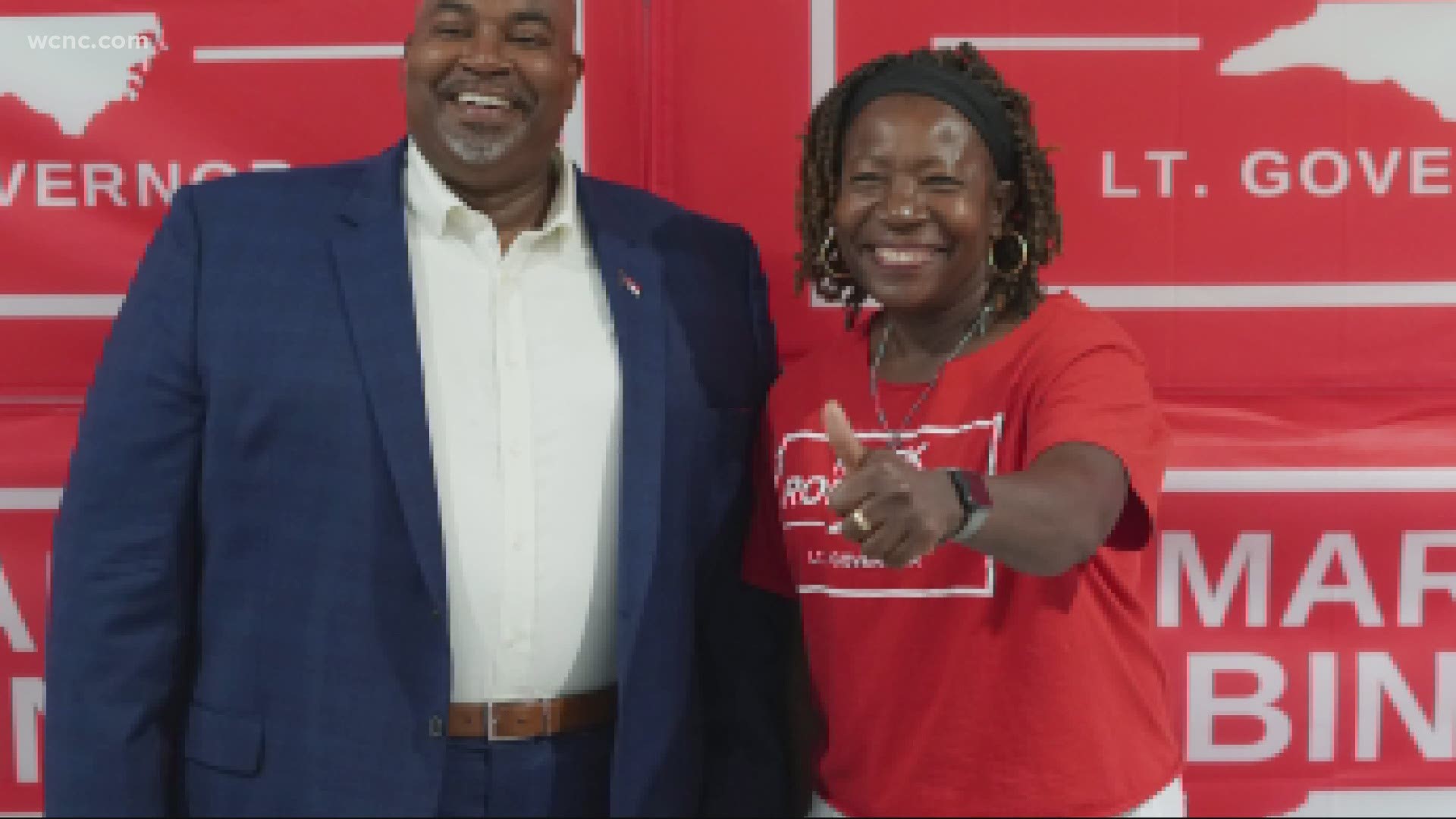 The Republican took 52% of the vote compared to Holley’s 48%.

“Ordinary folks like myself we can achieve these things," he said. "It's one of the things I’ve tried to inspire people, these offices are not closed off."

The Greensboro native grew up in foster care before reuniting with his family at a young age. Two years ago he was a factory worker.

However, many remember Robinson from when he went viral in 2018 at a Greensboro city council meeting discussing gun rights.

“In order to stand up for freedom you have to step out on faith with courage and speak your mind, that’s what I did that night and it's led me to do fantastic things," Robinson said.

Robinson said he is ready to use the same momentum to hit the ground running as lieutenant governor.

“Social agendas being pushed in schools, we’ve also heard a lot from parents wanting to maintain school choice and allowing all of our students and parents to decide where they are going to school and how they’re being educated," Robinson said.

Other priorities for Robinson include increasing veterans' care in the state as well as standing up for law enforcement.

“It’s something that has got to be done," Robinson said. "We have seen the dreadful effects of elected officials who refuse to allow police officers to maintain order on our streets."