North Carolina's response to the COVID-19 pandemic was one of the major topics of discussion at the hour-long debate. 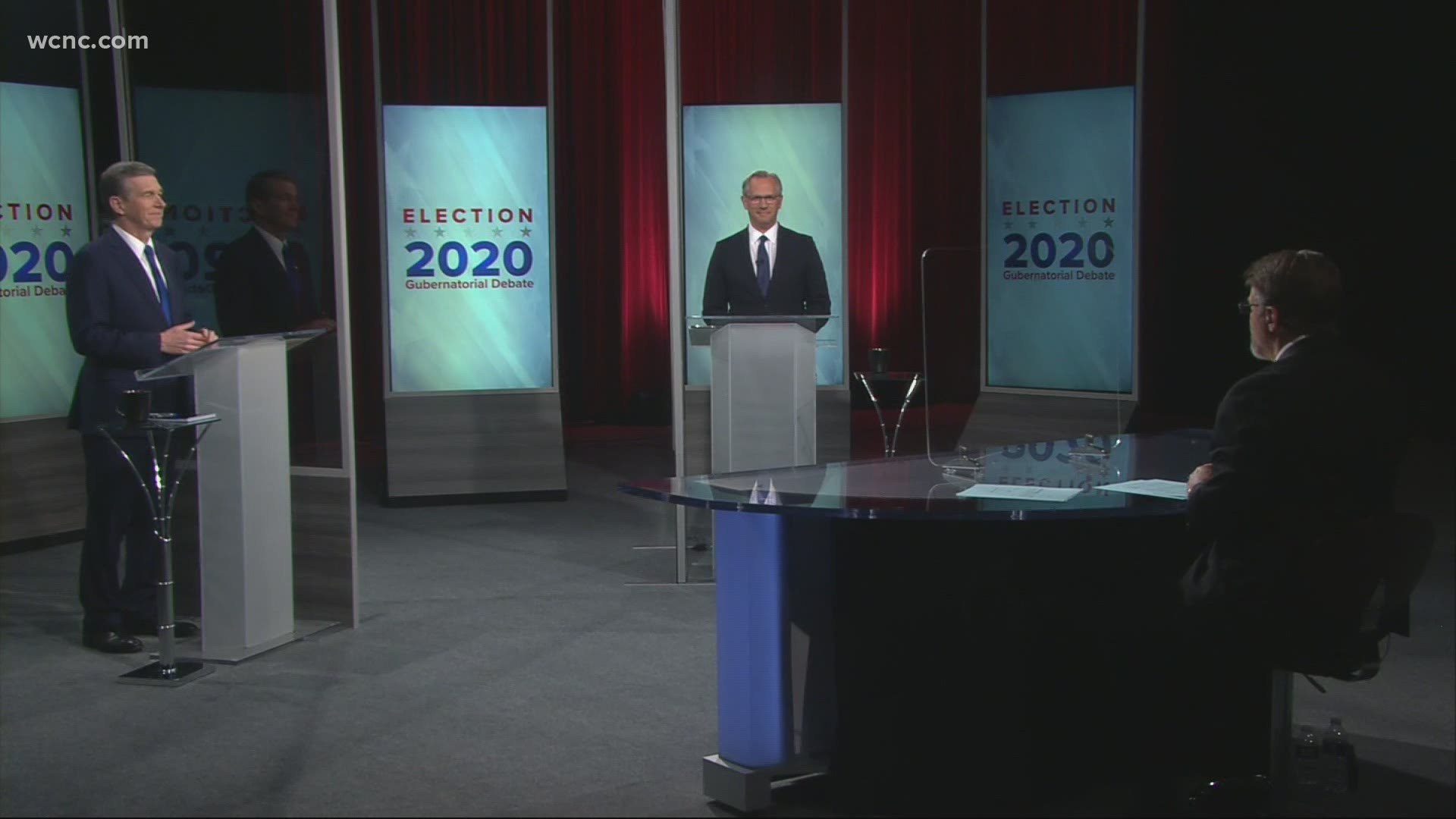 It was the first and only gubernatorial debate before the election.

The hour-long debate covered a variety of topics like the state budget, Medicaid, hurricane recovery, and more. The issue that took center stage, though, was the coronavirus and how the state should respond.

Cooper responded to the claims that masks aren't effective, saying his choices on the state's response are guided by science.

"While I'm using science and data to help make those decisions, Dan Forest is holding a press conference saying, 'We're going to fill all the classes back up immediately, we're not going to have any masks, no social distancing, and no safety measures,'" Cooper said. "That is dangerous and it is stunning to me that he would use children as political pawns during the middle of a pandemic."

North Carolina has gotten attention for opening at a slower pace than other states — even from President Donald Trump, who has previously called for the state to fully reopen. President Trump endorsed Forest for governor in an effort to unseat Cooper in November.

RELATED: ‘Your state should be open,’ President Trump says while hosting campaign rally in Winston-Salem