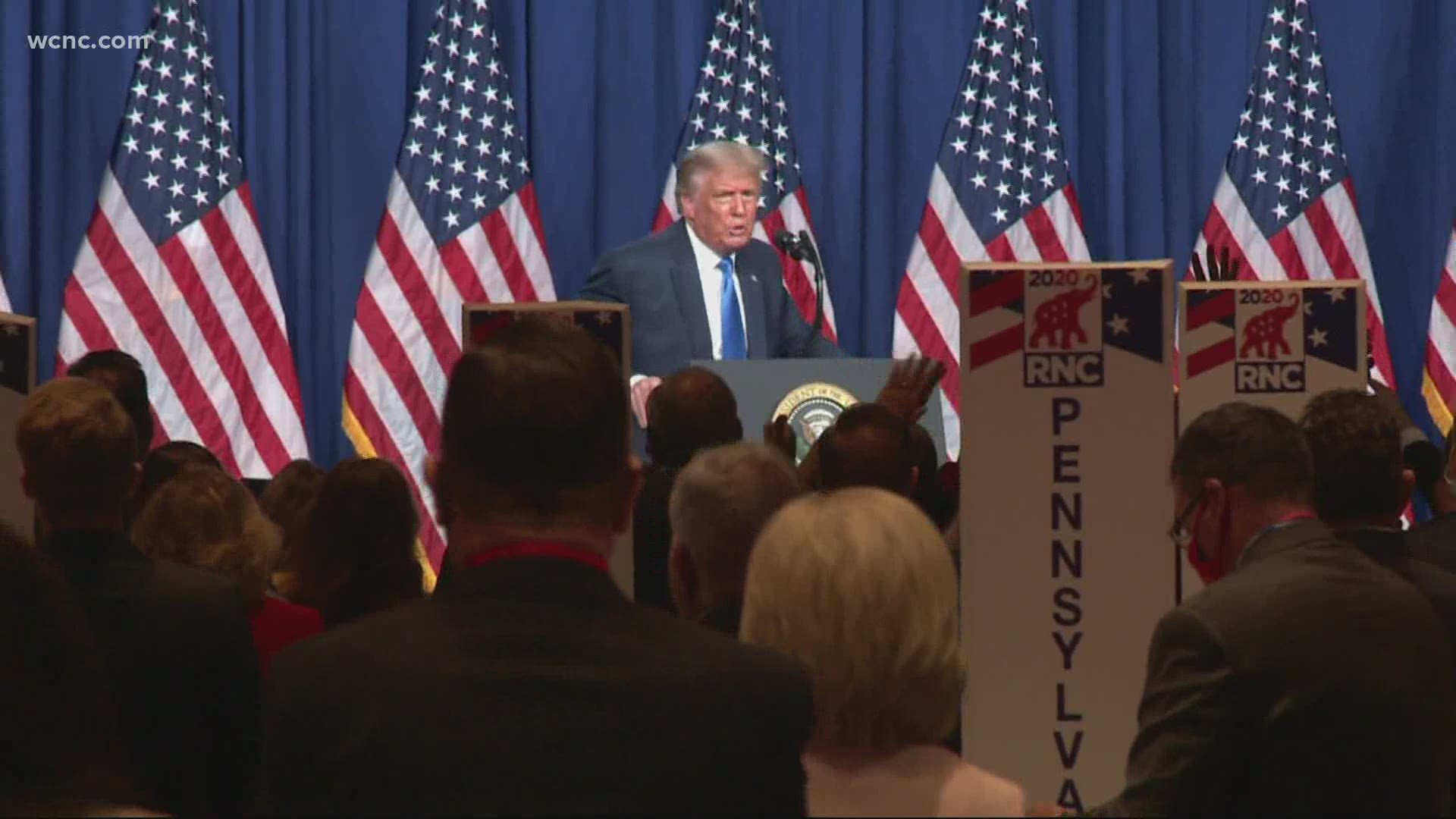 HENDERSONVILLE, N.C. — In the next week, President Donald Trump or members of his family are set to make three separate appearances in North Carolina.

President Trump is only expected to attend one of the events, kicking off the week in Winston-Salem on Tuesday. Trump is scheduled to "deliver remarks live" at 7 p.m. from Smith-Reynolds Regional Airport. The exact nature of his remarks has not yet been made known.

Then on Wednesday, Eric Trump is the keynote speaker at a "Make America Great Again!" event in High Point. That event will kick off at 6:30 at A.A. Stables, with doors opening an hour ahead of time.

Finally, Donald Trump Jr. will be the keynote speaker at a "Make America Great Again!" event in Hendersonville on Thursday. This event is notably happening earlier in the day — kicking off at 3 p.m. at Point Lookout Vineyards.

For more information on all three events, click here. Anyone can register for the events. The website has a notice alerting people that registering for the event acknowledges "an inherent risk of exposure to COVID-19" in any public place with other people and waives President Trump and his reelection campaign from any liability. 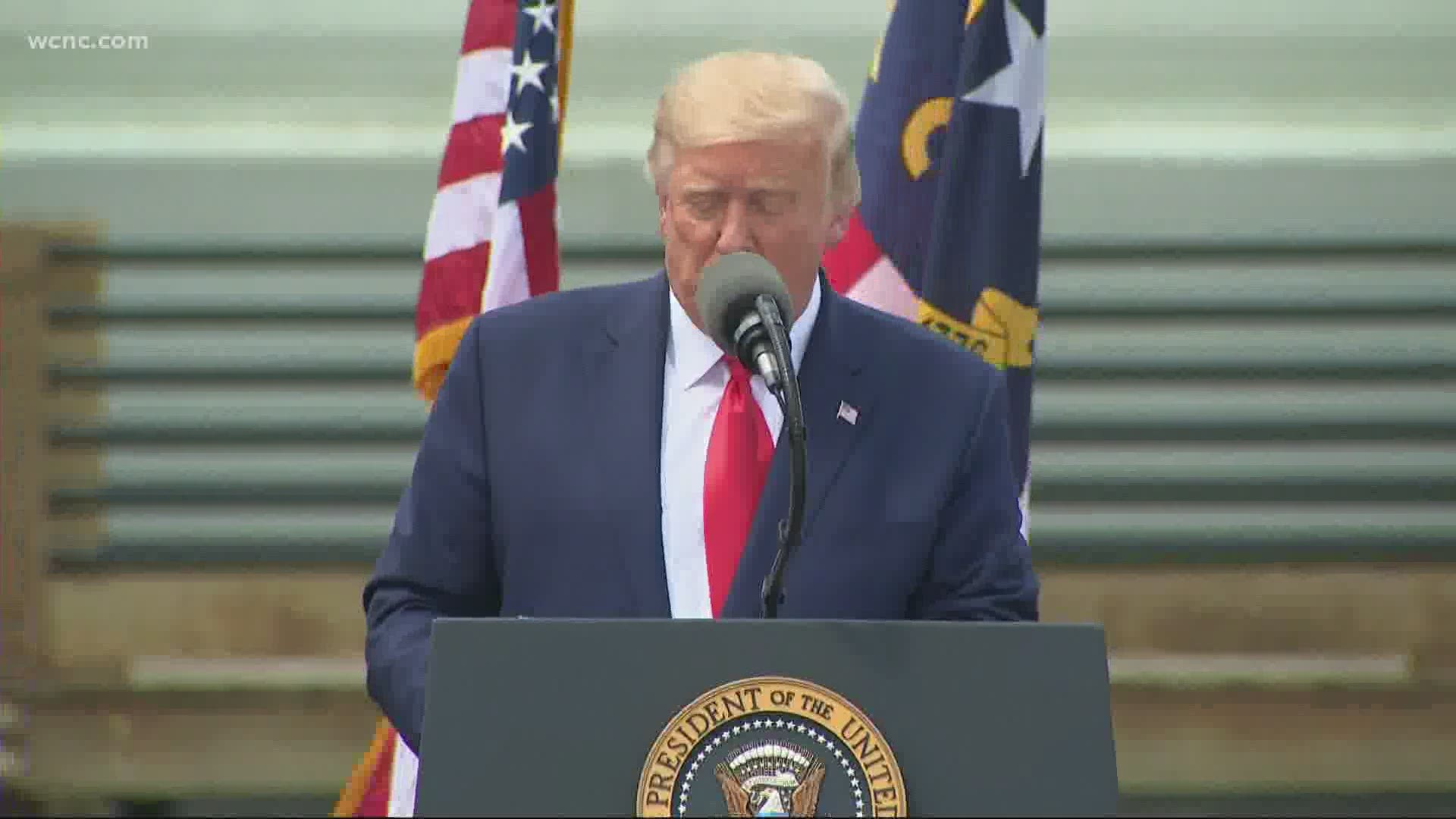 It will mark President Trump's third trip to North Carolina in three weeks. Last week, President Trump made a trip to Wilmington, where he was scheduled to declare the city the nation's first World War II "Heritage City."

Then the week prior, President Trump was in Charlotte to make an appearance at the abbreviated in-person portion of the Republican National Convention. There, he spoke to delegates and made his case for reelection moments after being formally nominated.

RELATED: Flashpoint: Recapping the RNC, what's next to come after the conventions 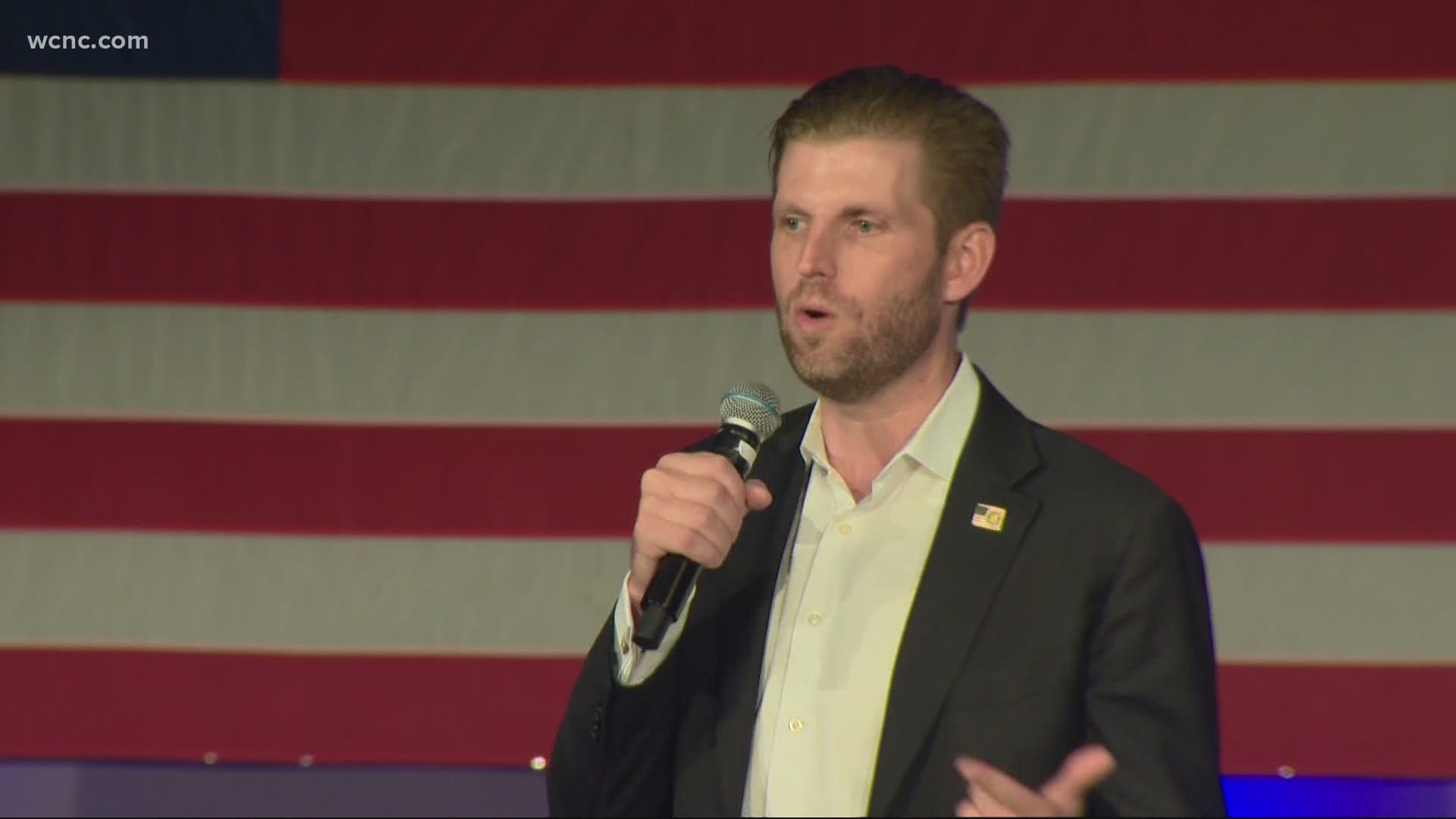 Since North Carolina is considered a battleground state, voters can expect to see more of the candidates and their campaigns in the coming weeks.

Democratic Presidential Candidate Joe Biden is expected to be in Michigan this week but has said he plans to make a trip to North Carolina in the coming weeks. In the meantime,  Biden's camp is planning a series of phone banks starting Tuesday in an effort to reach North Carolina voters.