The plan is years in the making and charts a path forward for development and investments. Many cities have similar plans. 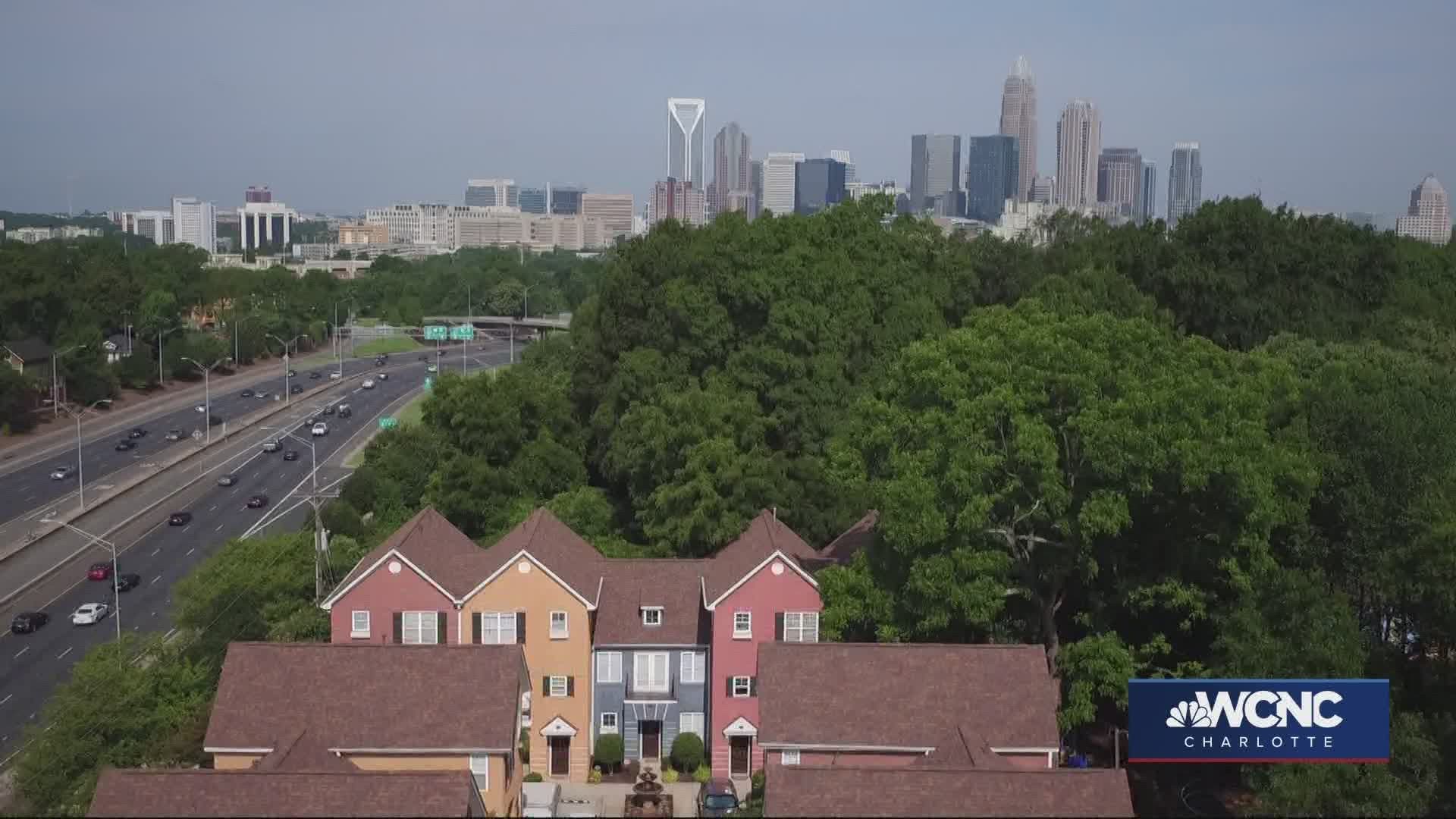 CHARLOTTE, N.C. — Charlotte's planning director is defending the Charlotte 2040 comprehensive plan after it came under fire at this week's city council meeting.

The plan is years in the making and charts a path forward for development and investments. Many cities have similar plans.

In fact, the last time Charlotte had a comprehensive plan was 1975. Supporters say it aims to make Charlotte more equitable, connected, and affordable. And it tackles some of the city's ongoing problems; affordable housing, heavy traffic, and long commute times.

It's estimated early 400,000 people will be added to the population of Charlotte in the next 20 years, bringing the city's population to 1.2 million people. The city is among the top in the nation for attracting baby boomers and millennials.

"These people are going to need a place to live," Jaiyeoba said.

The main sticking point in the plan: single-family zoning.

Currently, 84% of Charlotte is zoned for a single-family zone. Charlotte 2040 would shift the city's zoning focus to include more duplexes, triplexes, and in some cases, quadplexes. Neighbors often complain adding multi-family housing options would increase traffic, decrease property values, and change the character of their neighborhood.

"We are not eliminating single-family housing," @winnerspath tells me, referring to Charlotte's growth plan to 2040. But he added, "building single-family houses exclusively isn't sustainable," which makes up 84% of current land in CLT. See more on @FlashpointWCNC Sunday 11am.

Jaiyeoba said the plan would result in more neighborhoods like Elizabeth or Dilworth, urban neighborhoods that embrace a variety of housing types that include single-family housing as well as multi-family options.

"I want to be crystal clear when I say we are not eliminating or abolishing single-family zones," he said.

City councilmembers were slated to vote on the plan in April. But this past week, several members told city staff they won't be prepared to vote that soon.

Bokhari has been critical of the plan but agreed there needs to be more housing options in Charlotte. He represents SouthPark, but argues rezoning in the Charlotte 2040 plan would target vulnerable neighborhoods in places like west Charlotte.

"It'll cause annoyances in places like SouthPark and Ballantyne. But it's the places in our community where the land costs the least that will get hit the most by this," Bokhari said, suggesting developers would buy up cheap property, add multi-family housing units, and gentrify communities without input from neighbors.

Still, many suggest current zoning laws have segregated the city for decades. City councilman Braxton Winston tweeted earlier this week, reminding followers and colleagues of the social and racial implications of the current zoning laws.