Trump supporters camp outside Bojangles' Coliseum ahead of Charlotte rally 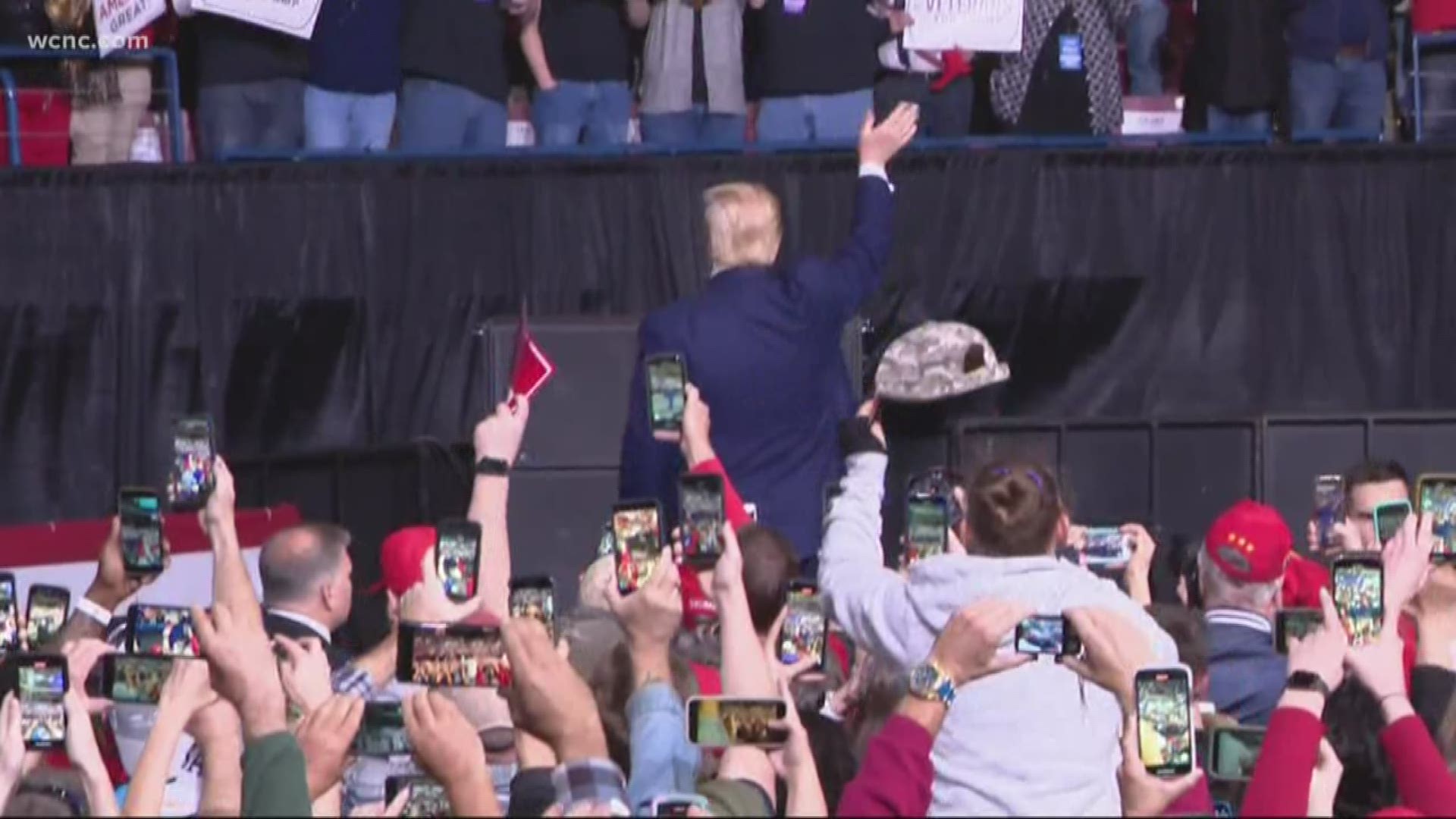 CHARLOTTE, N.C. — Several supporters of President Donald Trump camped out overnight in order to secure a spot at his rally in Charlotte on Monday.

President Donald Trump will be hosting a campaign rally in Charlotte the night before the Super Tuesday primary in North Carolina.

As of 7:00 a.m., the day of the rally, hundreds of Trump supporters were lined up outside Bojangles Coliseum to get tickets to see President Trump.

The following day voters in 14 states, including North Carolina, will cast votes in the presidential primary.

The Charlotte-Mecklenburg Police Department said residents should expect heavy traffic in Charlotte around 4 p.m.-8 p.m. Roads near the Airport and Bojangles Coliseum will be closed so residents and business are encouraged to plan ahead.

President candidates are increasing their presence in Charlotte and across the Carolinas ahead of the primary election.

On Friday, Vermont Senator Bernie Sanders stopped in Charlotte along his campaign trail.

RELATED: Biden wins SC. Steyer, Buttigieg out. Here's what you need to know ahead of North Carolina's primary election.

RELATED: Voting in the South Carolina Democratic Primary: What you need to know