On what would have been his 24th birthday, the mother of Donqwavias “Quay” Davis was in Raleigh, demanding lawmakers address the gun violence plaguing the state. 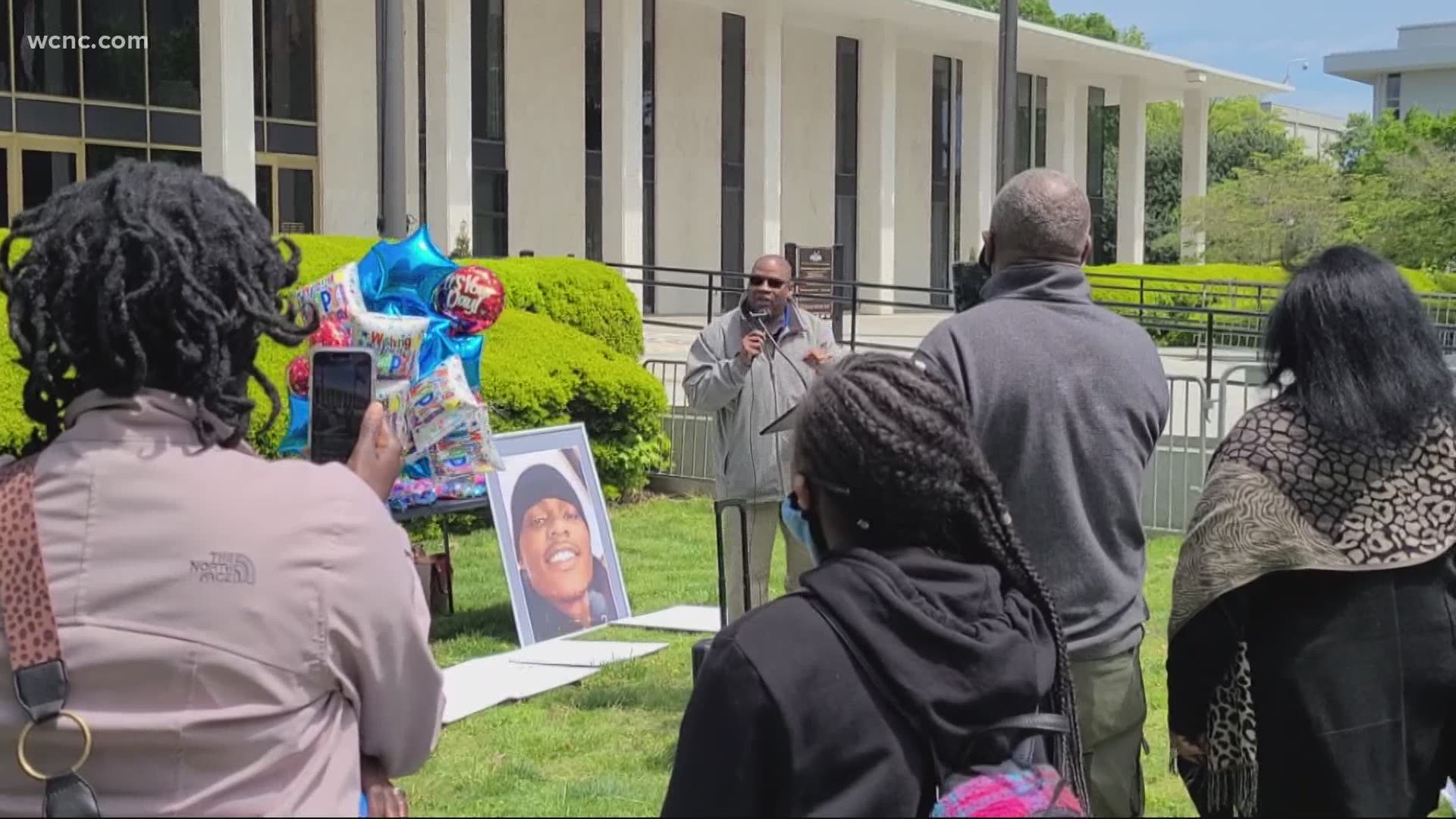 CHARLOTTE, N.C. — On what would have been his 24th birthday, the mother of Donqwavias “Quay” Davis spent her day in Raleigh, with a group rallying on the steps of North Carolina’s General Assembly, demanding lawmakers address the gun violence plaguing the state.

“These murder rates, they’re getting ridiculous and were losing our children, our moms, our neighbors, due to senselessness,” Clydia Davis said.

The Charlotte-Mecklenburg Police Department said Quay was shot and killed at an apartment complex near UNCC after an argument. Javier Concepcion-Perez, 20 was later charged with his murder.

RELATED: Arrest made in the murder of man killed near UNCC campus

“He so missed, that’s why I fight my fight because he’s a life worth fighting for,” Davis said.

Davis said Friday’s rally was a message to lawmakers, calling for tougher laws and fewer bail opportunities for those who pull the trigger.

Data compiled on the Gun Violence Archive shows in the first four months of this year, already 232 North Carolinians have been killed at the hand of a gun, 17 of them, under the age of 17.

And over the last few weeks, gun violence has shattered communities across our area. In Charlotte, 15-year-old Shamareon McKinney was shot and killed on Tuckaseegee Road, by another 15-year-old.

In Hickory, 7-year-old Zakylen “Kai” Harris was shot and killed in the back seat of his mother’s car, when an upset driver, unknown to the family fired a shot into their car.

And in Shelby, an 8-month-old baby girl is fighting for her life after Shelby police say an altercation in the street of her neighborhood, sent bullets flying through the walls of her room. And that’s only naming a few.

But Davis said she wants lawmakers at the top to also take on the issue.