We knew the economic blow would be astronomical for a scaled-down convention, but restaurant owners are learning they could lose out on more money than expected. 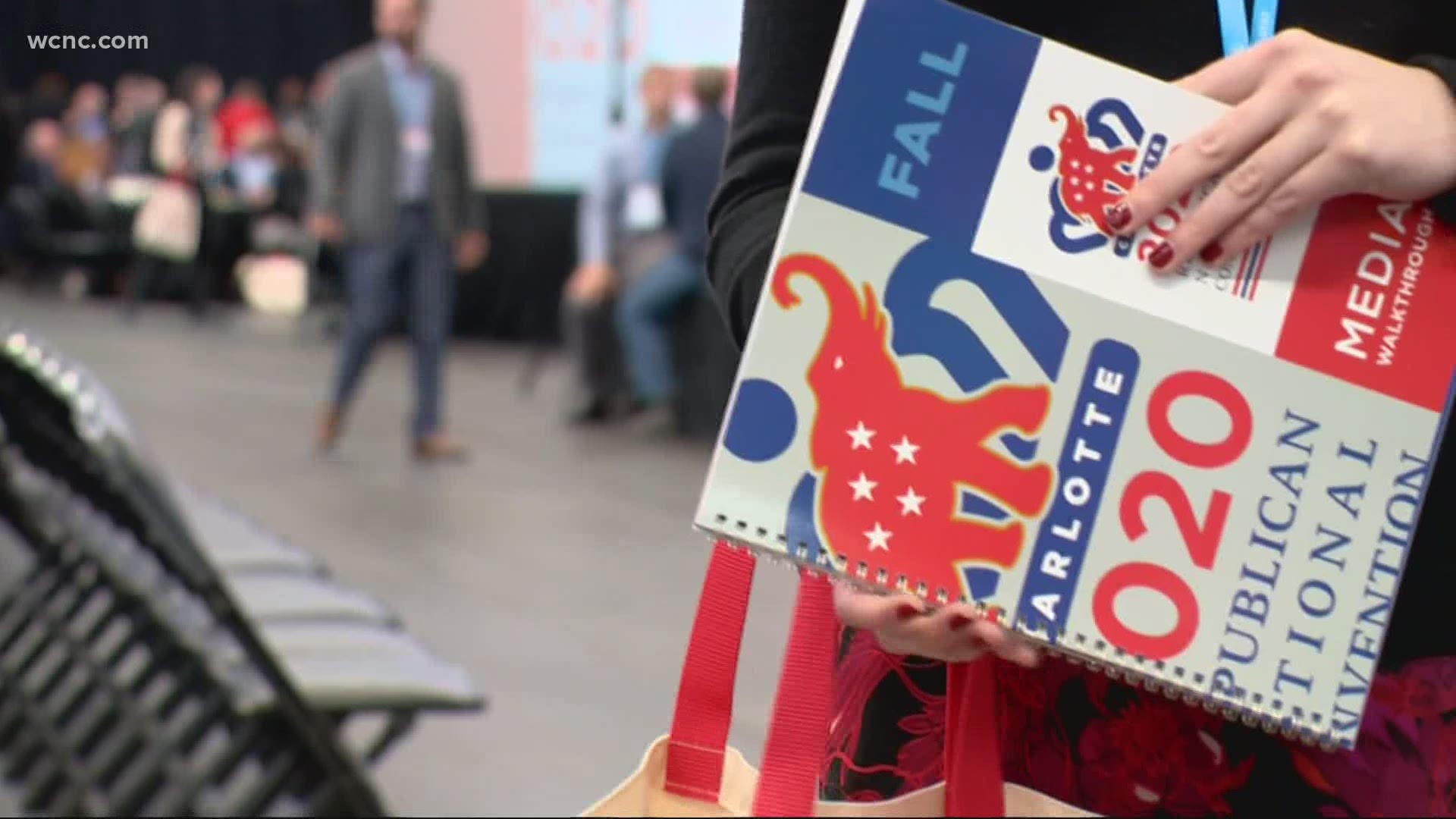 CHARLOTTE, N.C. — It was an event that was supposed to bring in some $200 million to Charlotte restaurants and businesses. Then, the Republican National Convention was scaled down, meaning a significant financial loss.

There was hope that hundreds of delegates still coming to town would bring some profit, but as it turns out, that might be lost, too.

Money that local restaurants and businesses were banking on, and these days could really use, has now been slashed even more.

"We're really just pandemic fighting, to be honest with you," said Chef Rocco Whalen, who owns Fahrenheit in Uptown.

He had thousands of dollars in bookings for the event. He and his staff met with RNC officials, Secret Service, the big names in politics and media -- all to plan reservations and events at his roof-top restaurant with a pristine view.

Nearly all of it is now gone since much of the RNC has been canceled, with the exception of business meetings taking place inside the Charlotte Convention Center.

"The bookings we had in place, cannot be replaced," Whalen added.

Nearly two years ago, the RNC selected Charlotte as the 2020 host city, touting numbers from the 2012 Democratic National Convention that generated $163.6 million in economic impact. It was a historic high for the most positive economic impact ever produced by a single Charlotte event.

The smaller amount of people coming to town because of COVID-19 restrictions and concerns means less money will be trickling through the city, and some city leaders are concerned about local businesses.

"Is it a correct assumption to assume that it will go from limited (revenue) to basically almost nothing at this point," Councilman Tariq Bokhari asked after a presentation by the RNC's top health advisor as he laid out the convention's health plan on Monday.

"My primary concern is not the economic benefit of this meeting occurring in Charlotte," Dr. Jeffrey Runge responded.

.@FinTechInnov8r — it sounds like in this type of environment... small businesses won’t benefit at all from this?

Dr. Runge responds saying his priority is not the economic impact this could have on Charlotte, but instead making sure it goes healthily. @wcnc

Runge said that the roughly 400 attendees would likely only eat out for dinner. They will be asked to eat breakfast in their hotel, and a boxed or plated lunch will be served to them in the convention center.

Chef Whalen said he understands why strict precautions need to be taken and he knows Charlotte will get survive the financial loss.

"I see both perspectives," he said. "I think Charlotte should be in the running for the next big event and the next two big events."

Runge said the RNC is still working on dinner reservations at local restaurants and are scouting some places for delegates to go to have fun in a safe way.