Incumbent Thom Tillis will be running against Cal Cunningham for the seat. 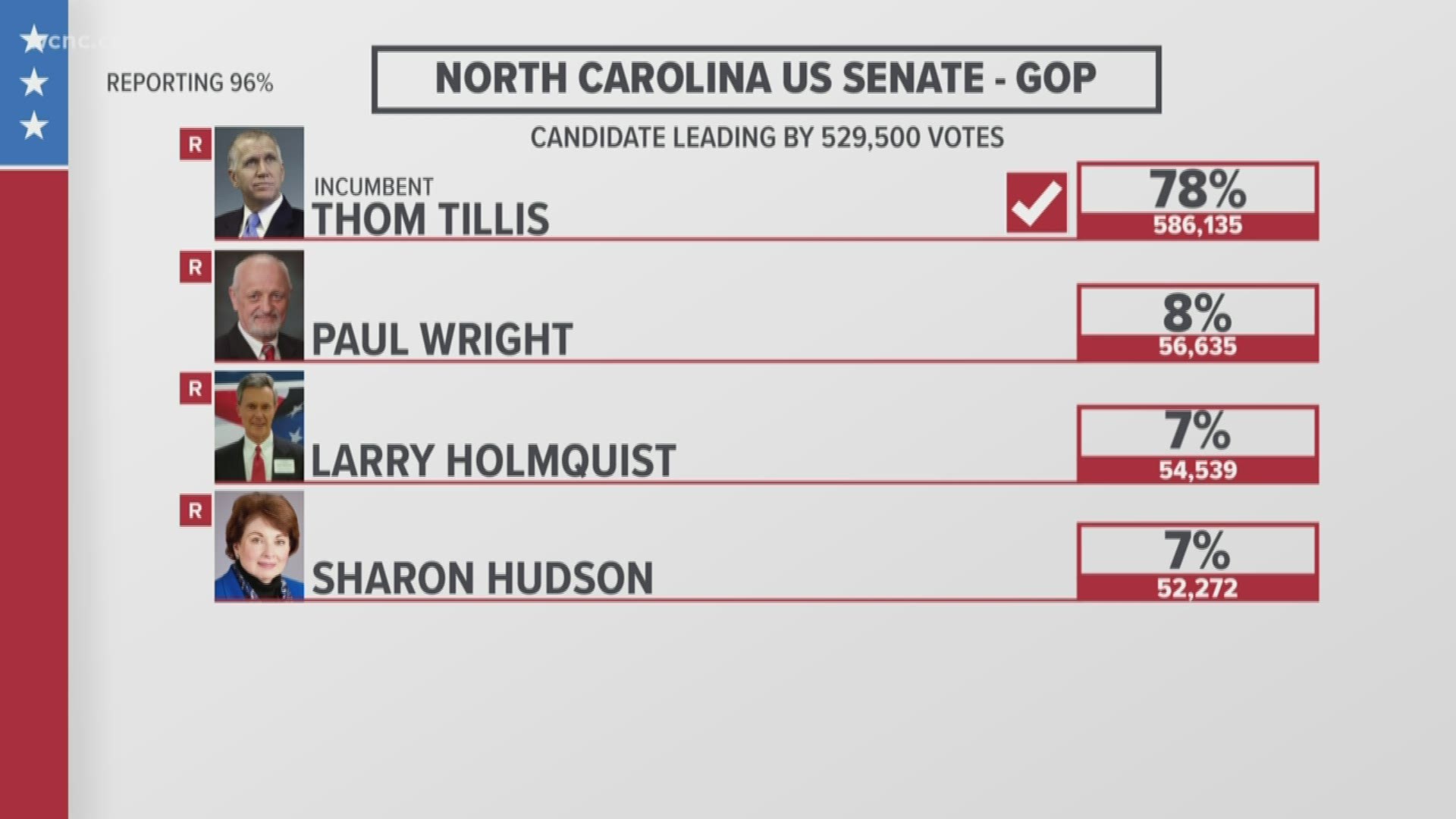 Democrats picked Cal Cunningham as the party's Senate nominee on Tuesday. Cunningham defeated Erica Smith and three other rivals by winning 57% of the vote with 713,249 votes. His closet opponent, Eric Smith who finished is second place, had 35% of the vote.

Seven candidates were in the running for the North Carolina U.S. Senate election on Super Tuesday 2020 -- five democratic candidates and four republican candidates.

Cunningham was the candidate favored in the primary by his party's leaders in the U.S. Senate. He's a former state senator and Iraq War veteran.

Incumbent Thom Tillis was projected to win the Republican nomination according to the Associated Press. He ran against Larry Holmquist, Paul Wright and Sharon Hudson.

"I am honored to have earned the Republican nomination tonight, and pledge to work as hard as I can to hold this seat and get President Trump re-elected so that we can continue to partner on wins for North Carolinians of all background and political affiliations," Tillis said, in part, in a statement.

Tillis' victory over three lesser-known Republican rivals came despite the initial skepticism of party activists who once questioned his loyalty to President Donald Trump.

Tillis finished with over 600,00 votes and about 78% of votes cast. His opponents each had less then 10% of the vote.