A new NBC poll shows Joe Biden up 7 points on President Trump. A Republican hasn't won the presidency and lost in North Carolina since Dwight Eisenhower in 1956. 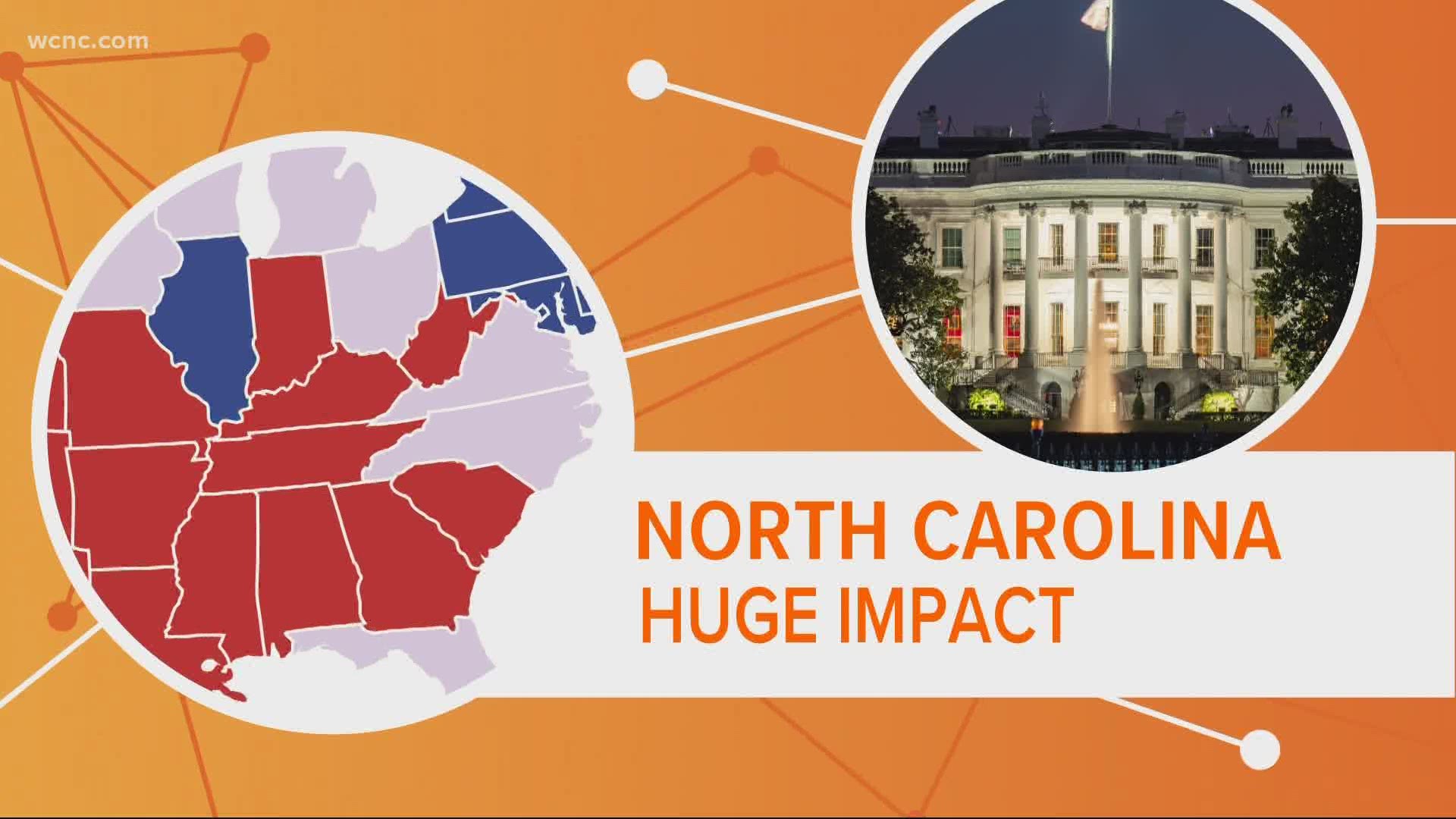 CHARLOTTE, N.C. — The 2020 presidential election is less than three months away and a lot of America's future could be riding on how North Carolina votes this November.

North Carolina has 15 votes and is best described as a swing state that tends to lean Republican. President Donald Trump won the state by 4 points in 2016, but political experts are predicting that former Vice President Joe Biden will carry the Tar Heel State and its 15 electoral votes. According to a new NBC poll, Biden holds a 7-point lead over Trump in North Carolina.

Experts say without winning North Carolina, there are very few paths to re-election for Trump. It's not difficult to make the case that North Carolina is critical for Republican presidents. In fact, a Republican hasn't won the White House and lost in North Carolina since Dwight Eisenhower all the way back in 1956.

Democrats are aware of this fact, too. Former President Barack Obama released his first wave of 2020 endorsements Monday, and it includes 21 candidates running for office in North Carolina, including Gov. Roy Cooper and Senate hopeful Cal Cunningham, who is facing incumbent Thom Tillis.

RELATED: Flashpoint | Tackling the polls, absentee ballots and RNC plans ahead of the 2020 election

According to NBC, Biden is leading in every state carried by Hillary Clinton in 2016, as well as four other states. But it's important to remember that polling underestimated Trump's support in 2016, and it's not always the best predictor for election outcomes.