'I was petrified!' | Couple slides 80 feet down mountain during honeymoon RV trip

A Florida couple traveling in the mountains of Western North Carolina nearly lost their lives when their RV hit a patch of ice and slid 80 feet down the mountain. 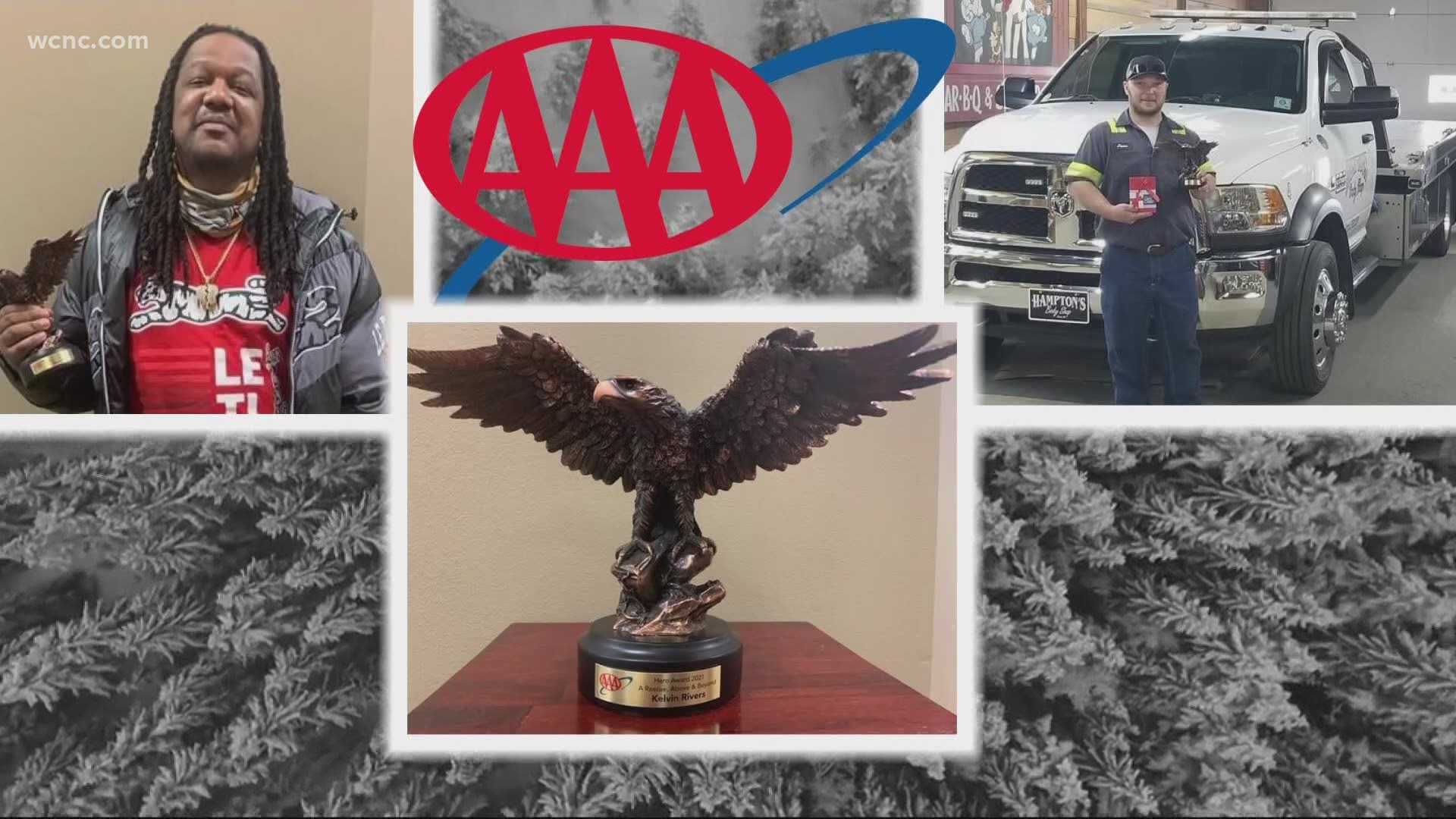 TODD, N.C. — A honeymoon trip to Western North Carolina almost took the lives of two newlyweds when their RV started sliding down the side of a mountain.

“I was petrified,” Shirley Ann May exclaimed. “My nightmares were coming true!”

The couple is from Florida and decided to take their first trip together after their wedding to see the mountains in Todd earlier this year.

It was the middle of the night when arrived to the area. Wayne May said he was driving on a narrow, twisting mountain road that was covered in snow and ice.

May lost control of the RV. It started sliding backward 80 feet down the mountain, the Mays recalled.

Wayne was able to wedge the RV against the snow-covered rocky surface of the mountain. On the other side of the road was a 30-foot ravine.

“We were pinned in,” Shirley Ann said.

Credit: AAA of the Carolinas

They called 911 but because of the conditions, they were told it would be hours before anyone could come to assist them, Wayne said.

That’s when they remembered they are AAA members.

Wayne called AAA to report his RV was stranded on the side of the mountain.

“Just wanted to go through every option I had,” said Kelvin Rivers, the AAA operator who answered the call. “Anything could happen.”

Rivers began calling all of the providers in the area but could not find anyone to assist. When the Mays told him they were stuck and running out of gas in frigid temperatures, Rivers said he knew time was of the essence.

He was able to find one service provider in Boone to answer the call.

“I didn’t want to leave anyone stranded so I was gonna make it, try to make it happen,” said Jason Miller, a tow truck operator at Hampton’s Body Shop.”

Miller helped pull the RV back onto the road. He quickly realized it was too narrow for the vehicle to turn around: they would have to drive it down the mountain in reverse.

Wayne backed the car more than a mile down the mountain, with Miller’s floodlights to guide him.

“He was truly an angel in disguise,” Wayne said.

Once they were safely down the mountain, the Mays promptly left town. They have no plans to come back anytime soon.

“We couldn’t get home fast enough,” Shirley Ann joked. “This ol’ gal won’t be in the mountains again.”

AAA selected both Miller and Rivers to receive their “hero award” earlier this month along with a $500 check for their roles in the rescue.