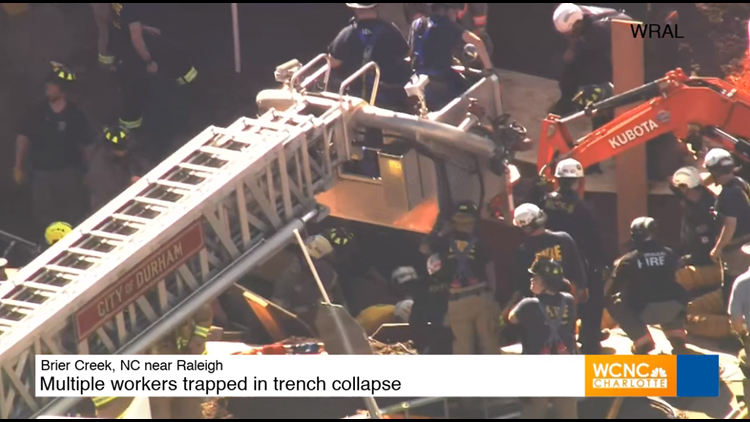 RALEIGH, N.C. — The body of a worker who was trapped after a trench collapsed near Brier Creek was recovered just before 5 p.m.

The trench collapsed around 11 a.m. at a construction site. Fire officials said four workers had been in the trench.

WRAL Sky 5 footage showed him being taken out of the trench alive on a gurney around 12:30 p.m.

The body of the fourth worker was recovered shortly after 4 p.m

The trench is located by TW Alexander Drive and Glenwood Avenue.

For more on this story, visit wral.com.

Help this WWII veteran celebrate his birthday by sending him cards