Scott Jensen admitted there’s a lot he and his wife have to learn about their land in Lowell. But over the weekend, they received a lesson on what else is sharing their space. 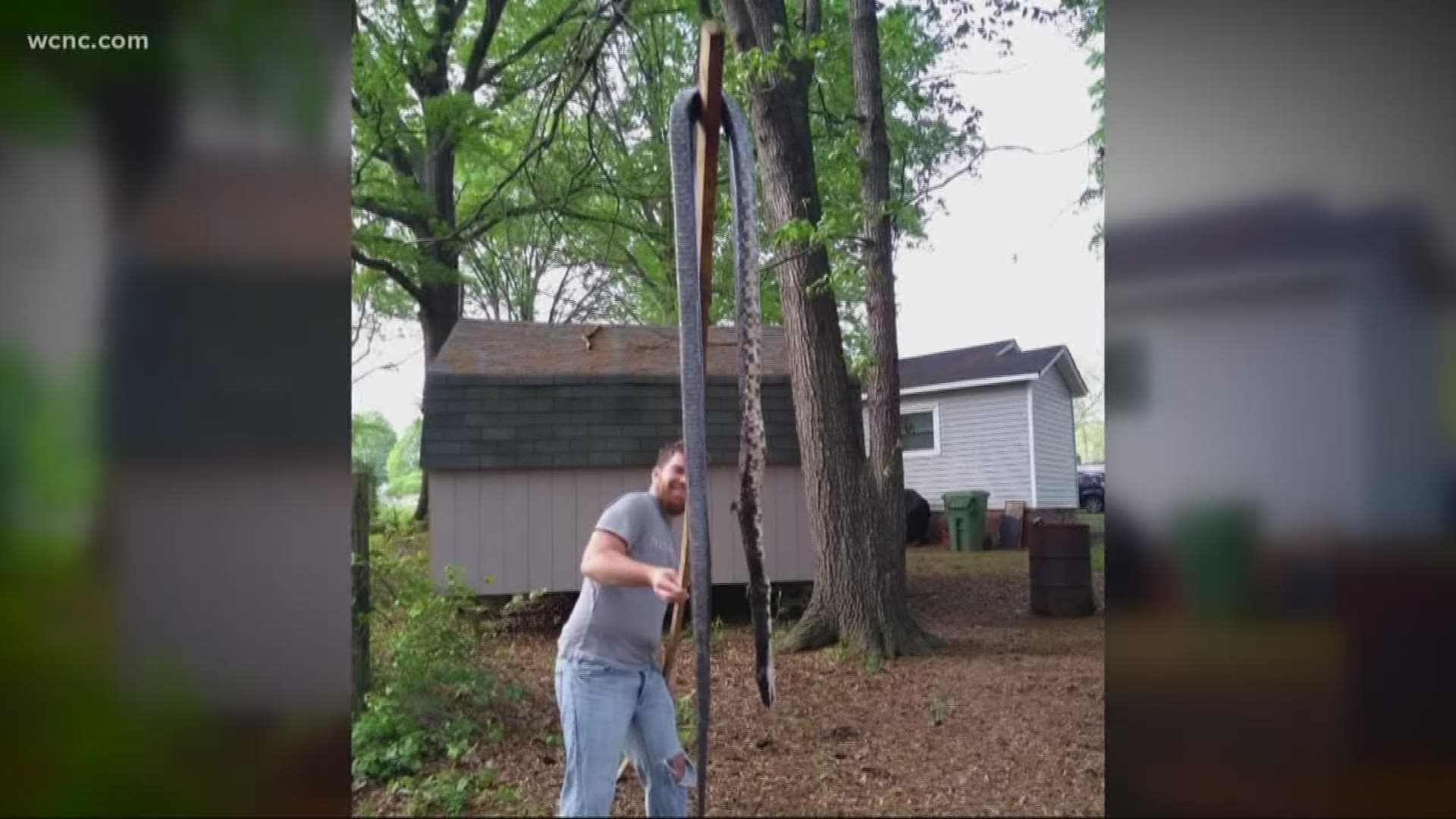 LOWELL, N.C. — While many families were enjoying visits from the Easter bunny over the weekend, a Gaston County couple got surprised by a massive snake.

As newlyweds, Scott Jensen and his wife left Charlotte and bought a 3.5-acre property in Lowell.

“Me and my wife, we love gardens, gardening. We’re not that experienced, so we’re just getting in it, we’re starting over there,” said Jensen as he pointed out grape vines and a pear orchard already on the property.

Jensen admitted there’s a lot he and his wife have to learn about the land, but over the weekend, they received a lesson on what else is sharing their space.

“I saw it, and as I got closer, I knew it was a giant snake,” he said, pointing to the brush near an old barn on the property. He estimated the snake was roughly 12 to 14 feet long.

“I haven’t been around snakes, and I was just freaking out. I’m like, I have no idea if it’s poisonous or not. I was assuming it’s poisonous because in my mind snakes equal poisonous.”

Fearing it could get away, Jensen said instinct kicked in, and he killed the snake. Later, he posted the picture to Facebook.

This time of year, as the weather warms up, experts said run-ins with slithering serpents can be high.

In total, 37 snake species call North Carolina home. Just six, including the copperhead, are venomous, making the majority harmless to people and pets -- if they are left alone.

Wildlife experts said most snakes found in the Carolinas average just a few feet in size. Some believe the snake found on the Jensen’s property could be a black rat snake. If so, it could possibly be one of the largest ever found in the state.

Wildlife experts said most snakes of the species average nine to 10 feet at most. Jensen said after posting the picture and learning more about the snake from his friends, he feels bad for killing it.

“Now hearing that they kill poisonous snakes and also eat the food of poisonous snakes. Once I posted the picture, I had people telling me that, so I do feel a little bad,” he said.