49ers pick up another pair of OT victories

Charlotte 3-1 in overtime this year 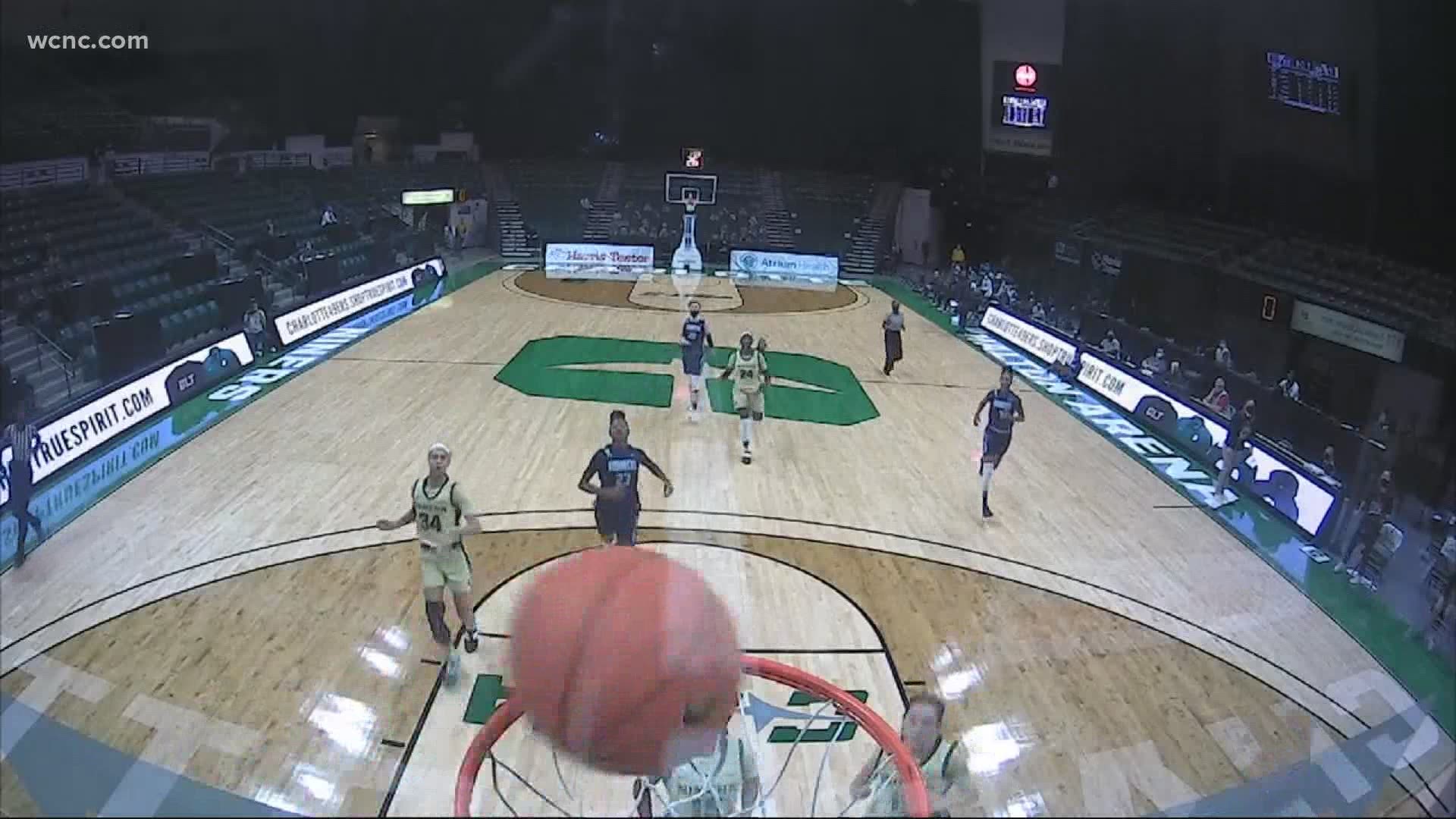 The Charlotte 49ers womens basketball team has made a habit of going to overtime -- and winning.

Last week Charlotte scored a 87-80 OT win vs. Old Dominion on Saturday to follow a 102-95 double-OT win against ODU on Wednesday.

Four of Charlotte's 15 games this season have gone to overtime, and they are 3-1 in those contests.

"Another gritty win for our team," said coach Cara Consuegra after Saturday's victory. "We've been in a lot of situations where we were close down the stretch. In overtime we were able to use our legs and separate from them. I'm proud of our kids, they just keep finding ways to win."

6:20 on @wcnc @CharlotteWBB has a reputation for playing in, and winning, overtime games this year, including two big ones over the last week.

Senior Octavia Jett-Wilson totaled 76 points across the two thrilling victories, and was named Conference USA co-player of the week.

"It's more of a want to mentality," she said. "Nobody likes losing. I hate losing. Especially to rivalry team, I hate losing. Everybody on the team we encourage each other."

The 49ers are 8-7, with a 7-3 conference record, and travel to UTSA for a pair of games Friday and Saturday.