Richie Shaffer's book The Eight of Earth is available Nov. 12. 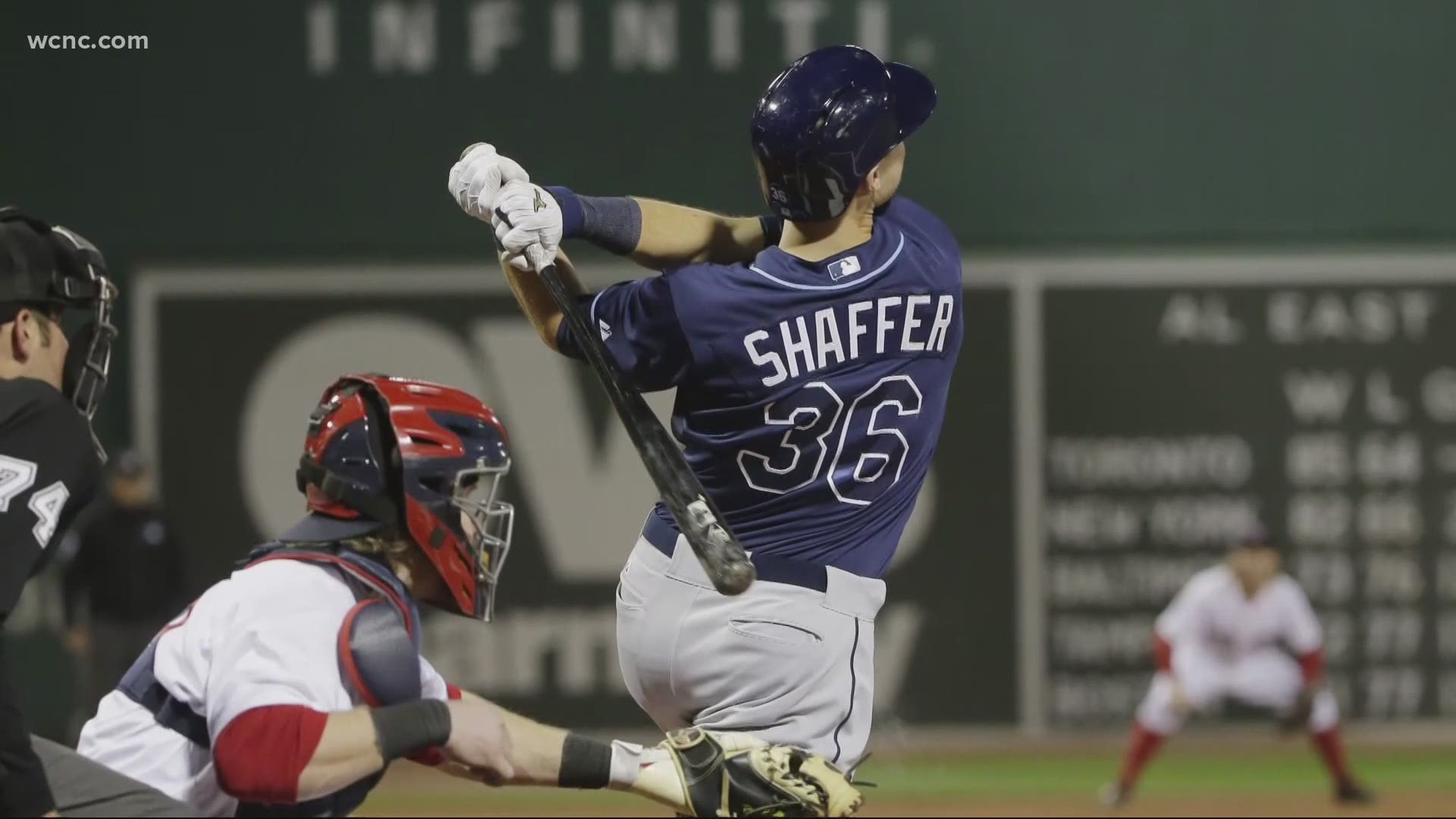 CHARLOTTE, N.C. — For Charlotte’s Richie Shaffer – receiving the first copy of his book was not unlike another monumental moment in his life.

“Honestly it felt very similar to when I got called up for the very first time," said Shaffer. "This was something that was a challenge unlike anything I’ve ever done.”

"If you told me six or seven years ago I’d have a full-fledged SciFi epic I’d say you’re crazy," he said. "It’s not something I ever pictured being capable of accomplishing.”

Shaffer starred at Providence High School and then Clemson – then went on to be a first-round pick by Tampa Bay – and spent two seasons in the Major Leagues with the Rays. Storybook stuff – complete with hitting a home run at Fenway Park.

“I almost think I enjoy that one more than my first home run because if I’m being completely honest," he said, "because what kid doesn’t hit the ball over the monster, right?”

Shaffer was looking for a relaxing escape from the daily grind of pro baseball life – and eventually – he found it in writing. In hotel rooms, on long bus rides, and on team flights. He wrote and wrote.

“Every day after games I would write another page, another chapter, with no intention of writing a book it just really helped me calm down," Shaffer said. "Then I looked up a year later and I basically had this first draft of like 400 pages I was like oh my gosh!”

"Basically the nugget of the story is what would humans be like if they weren’t raised by humans and they were raised in a different civilization? What parts of humanity are innate and what part are learned through culture and society,” Shaffer explained.

And while it is SciFi at its core – it has heart.

“It’s very human and has a lot of heart to it," he said. "It’s about people needing to care for one another to get through life because life can be difficult no matter what the situation is.”

Shaffer has already had his big league moment – now he’s ready for his big book moment.

"Just proving to yourself and proving to myself that I’m more than just a baseball player," said Shaffer. "My dedication in the book is – to anyone ready to reinvent themselves. Because that’s what I’m doing, trying to reinvent myself.”