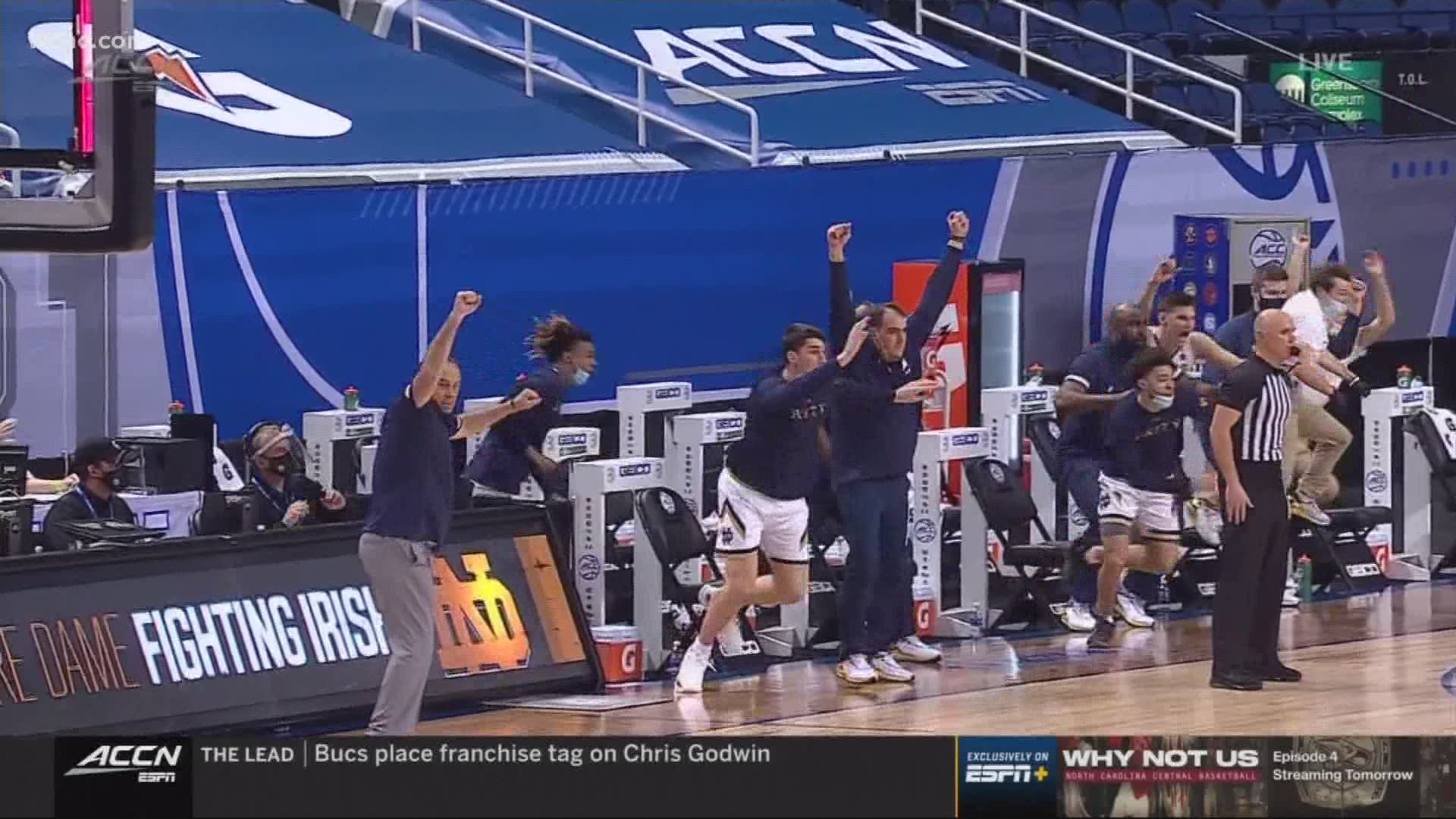 GREENSBORO, N.C. — You'll have to excuse Langston Wertz for not having his own video of his son's game-winner -- he was a bit caught up in the moment.

"I remember I stood up and put both hands over my head," he said, "and I didn't say anything, and then I remembered oh wait a minute my wife's here, so I hugged my wife."

Charlotte's Trey Wertz knew it was in when he let it fly -- living out his college basketball fantasy not far from home.

The @NDJackNolan call of the final play was EVERYTHING we hoped for and more 🤩#GoIrish pic.twitter.com/J3LHzXx52j

"I've grown up watching it my whole life," said Trey, who transferred to Notre Dame from UC-Santa Clara. "I've been to the Greensboro Coliseum numerous times. It's definitely surreal, it's a dream come true."

That dream of course began in Charlotte -- where Langston, a Charlotte Observer sports writer, fondly recalls a young Trey living out his buzzer beating dreams at home.

"He'd count down and do that and do it on a Nerf hoop in the house with his brother (Khamani)," said Langston. "One of them would make the shot and they'd jump on each other and dive on the bed and I'd come in and say 'stop diving on the bed!"

There was no stopping this celebration and Langston is certainly proud of Trey's latest accomplishment -- but prouder of who he is off the court.

"When I hear people talk about he's such a well-rounded young man, he's so intelligent, he's so giving, he's so kind," said Langston. "Those are things I'm more proud of than the shot last night."

And what a memorable shot it was. Langston and Trey's mom, Whitni, were at the arena to see it.

"To see him be a part of it, it's amazing," Langston said. "It really truly is amazing. It's a great feeling and I wish everybody could experience it. Because it's something I will never, ever, ever forget."

Notre Dame will take on North Carolina on Wednesday at 9 p.m.