Davidson football in postseason for first time in 52 years 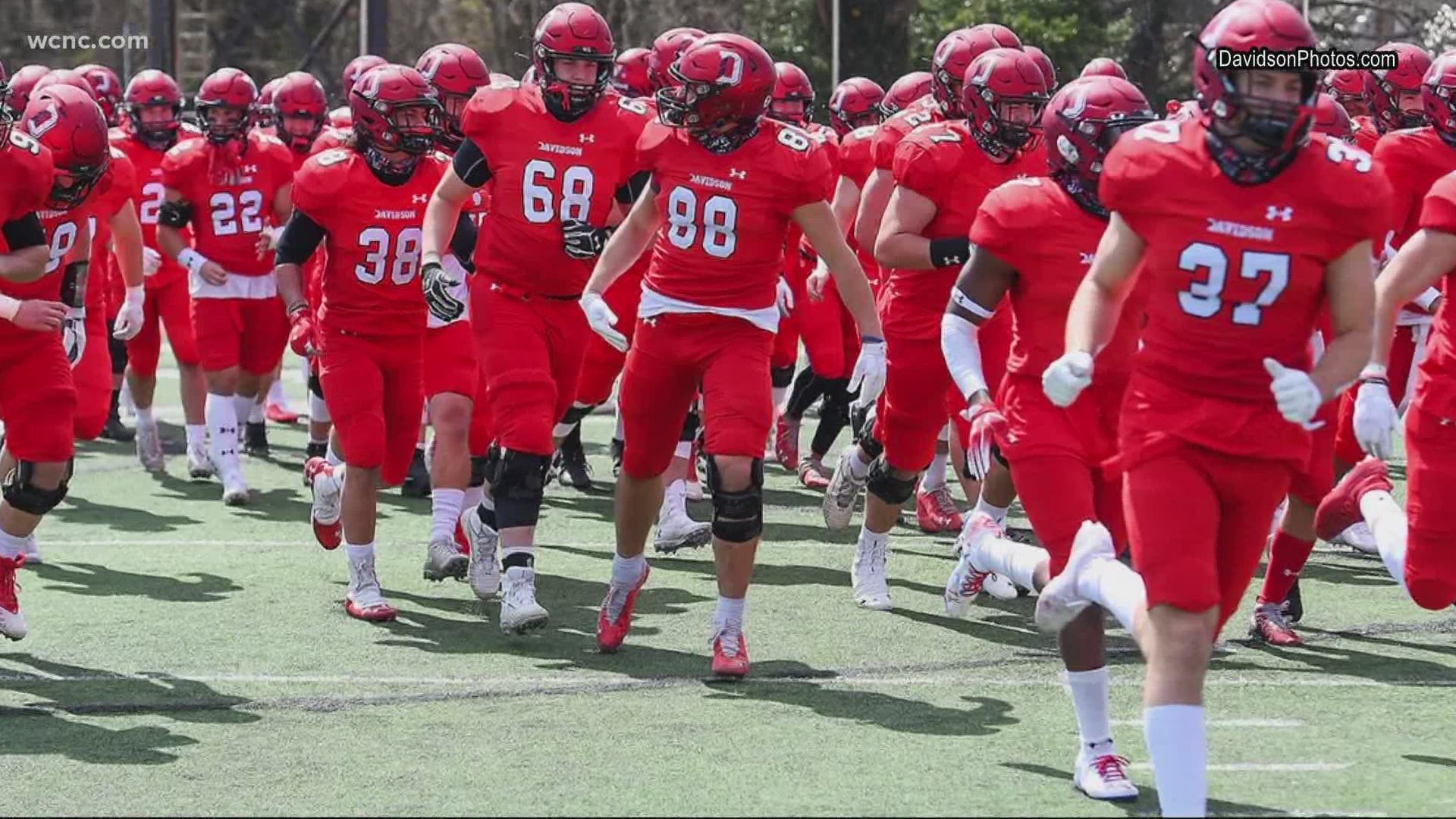 DAVIDSON, N.C. — The Davidson Wildcats will play post-season football on Saturday, their first playoff appearance since the 1969 Tangerine Bowl.

The Wildcats earned the Pioneer Football League's automatic qualifier after a 4-2 spring season, 4-1 in league play.

They will play at Jacksonville State on Saturday at 2 p.m.

"We told the troops at practice last Friday we were officially in," coach Scott Abell said. "It was about as emotional a moment I've had as a coach. Watching our players celebrate. There were tears."

ICYMI...we will be traveling to Alabama this Saturday to take on the Gamecocks of Jacksonville State in the 1st round of the @NCAA_FCS playoffs‼️

Abell, in his third season, is a finalist for the Eddie Robinson Award, given annually to the National Coach of the Year in college football's Division I subdivision.