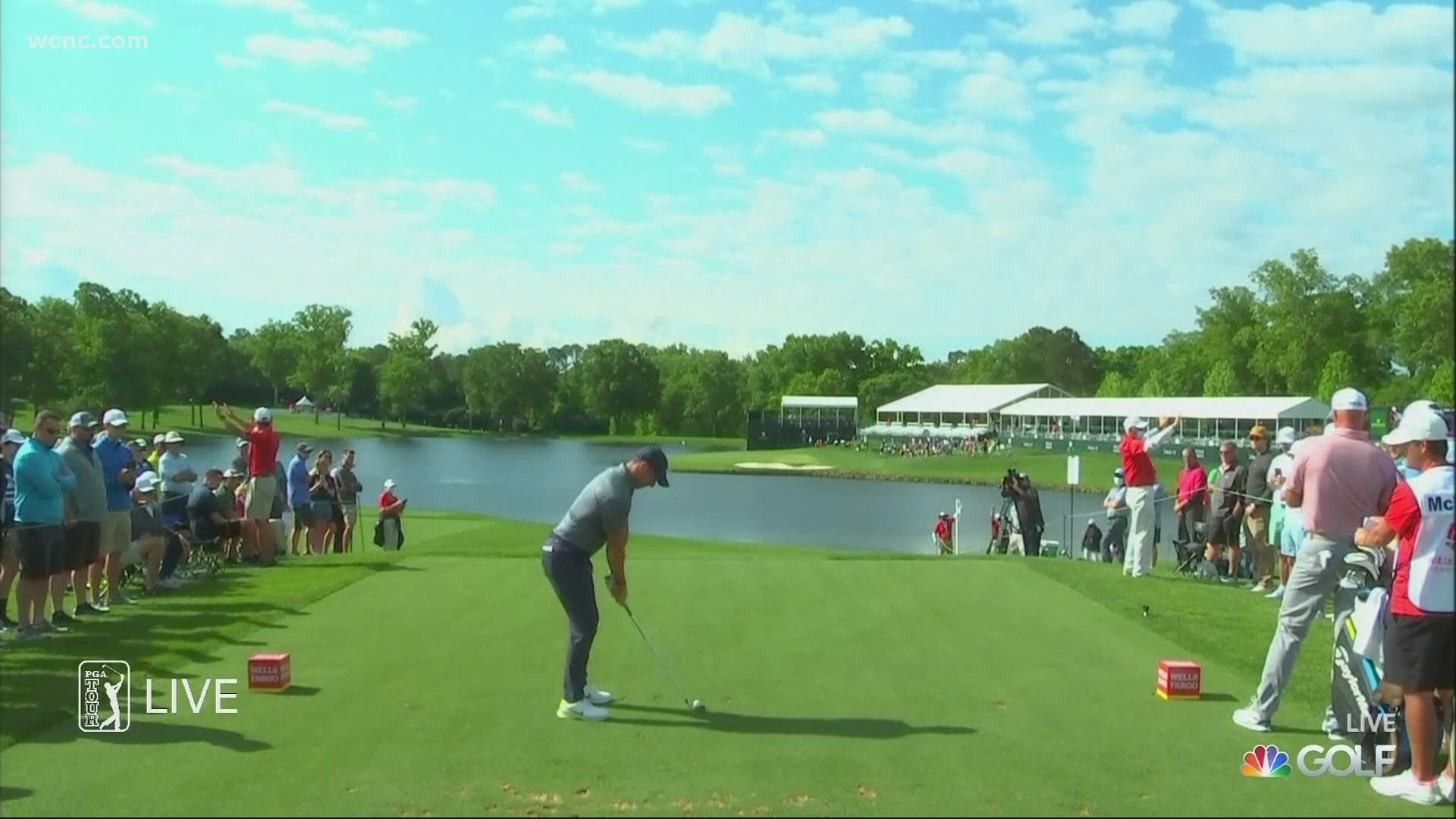 Turns out, he did make the cut.

A second-round 74 put DeChambeau two over par through two rounds of the Wells Fargo Championship, but gusty winds kept scores down throughout the afternoon.

That +2 was good enough to play the weekend at Quail Hollow Club.

But DeChambeau had apparently already headed back home.

When he learned he made the cut, he posted a picture on social media from a gym in Texas saying, "headed back to Dallas to get a quick workout in.. see ya tomorrow Charlotte."

Lol Bryson DeChambeau confirms he flew home to Dallas.. found out he stunningly made the cut at the Wells Fargo.. is heading back to North Carolina to play the weekend pic.twitter.com/fA5HE5X17p

Former U.S. Open champion Gary Woodland is in a three-way tie for the lead.

Not too far behind are Rory McIlroy and Phil Mickelson.

McIlroy shot 66 and was two back. Mickelson shot 75 and was three behind.

"It's a touch easier that I am here (in Charlotte) and it's somewhere I'm very comfortable," McIlroy, a two-time winner said. "You get the crowd going with you and then that helps. Especially here in Charlotte, where I've had some great success and I feed off that as well."

Mickelson held the lead at -7 heading in to Friday, but shot four over par to enter the weekend at -3.

"The back nine I just wasn't sharp," Mickelson said. "I love the golf course, I'm playing well, and if I can just stay focused I'm going to have a good weekend."