Charlotte must beat the Pacers on Tuesday to stay alive 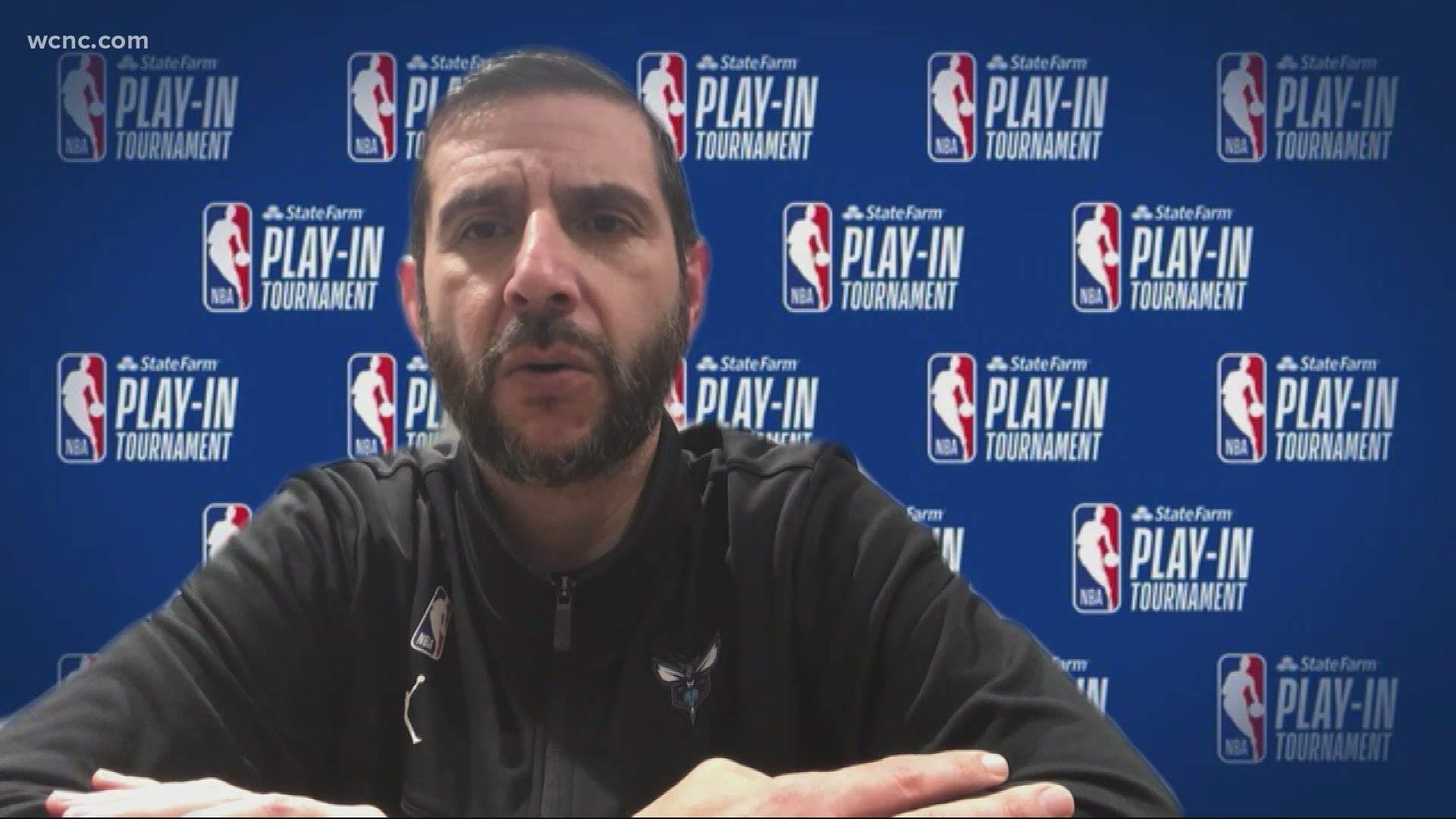 Charlotte forward Gordon Hayward has been ruled out of the Hornets NBA Play-In game against Indiana with a sprained foot.

The Hornets must win the game in order to stay alive in the NBA's new Play-In Tournament.

Charlotte, the No. 10 seed in the Eastern Conference, must win two games to advance to the NBA Playoffs for the first time since 2016.

The Hornets have struggled, losing 5-of-7 games, including five-straight, to close the regular season.

"Everybody has to bring their A game," he said. "Everybody's focused. Everybody's locked in."

#Hornets coach James Borrego: "It's been a grinding season, but no excuses. You've gotta be ready to go. This group is able."

PLAY-IN GAME: Indiana and Charlotte meet with the winner advancing to play for the eighth seed.

BOTTOM LINE: The Indiana Pacers and the Charlotte Hornets hit the court in the NBA Playoffs Play-In Tournament. The winner advances in the tournament to play for the eighth seed in the Eastern Conference Playoffs.

The Pacers are 20-22 in conference games. Indiana ranks second in the NBA with 27.4 assists per game led by Domantas Sabonis averaging 6.7.

Rozier leads the Hornets averaging 20.4 points while adding 4.4 rebounds and 4.2 assists per game. LaMelo Ball is averaging 15.1 points, 6.2 rebounds, 6.2 assists and 1.6 steals over the last 10 games for Charlotte.