Oddo led Charlotte Catholic to three state championships and built the Cougars into a perennial powerhouse during his tenure. 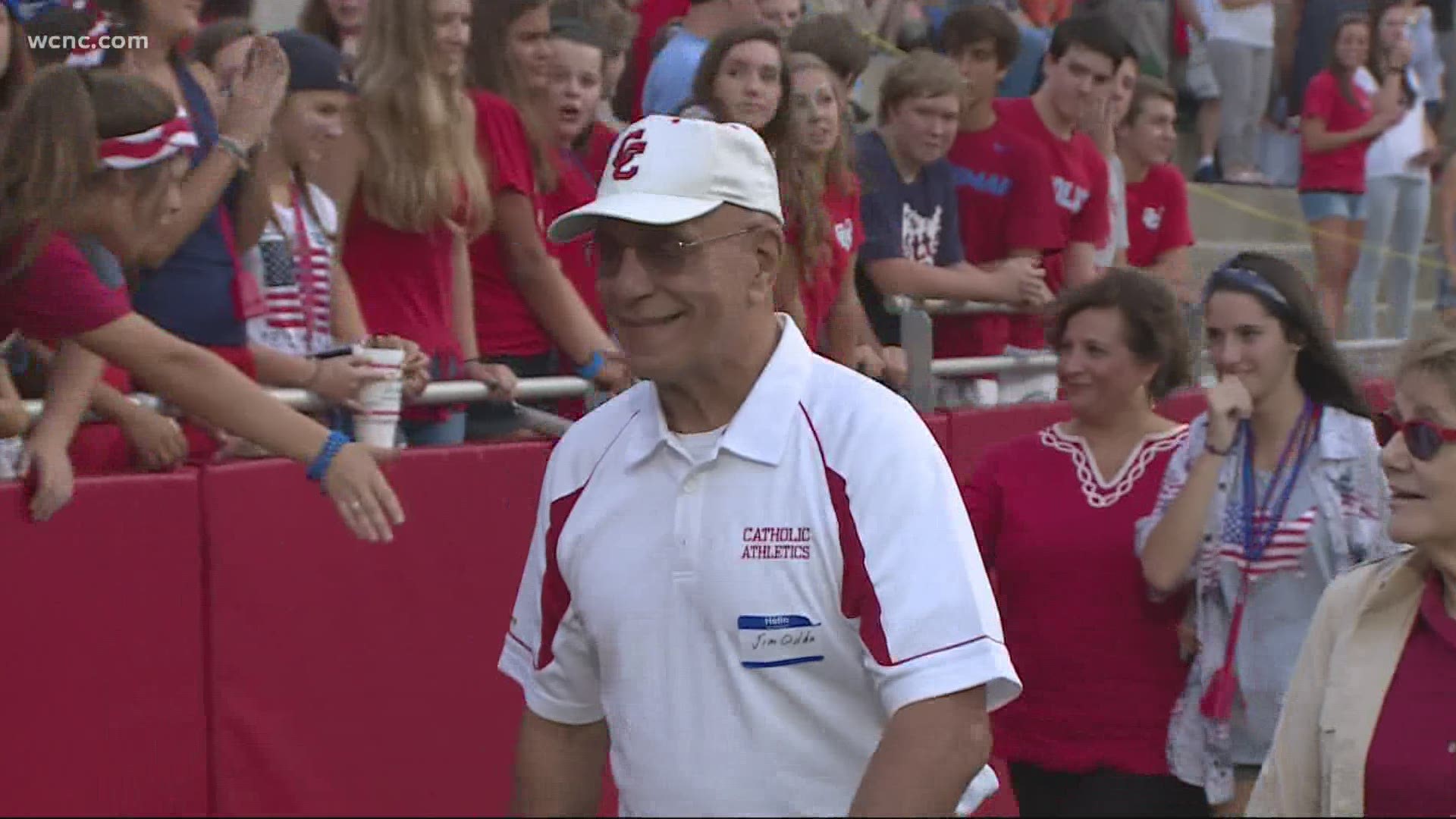 Oddo, the namesake of Charlotte Catholic's football stadium, led the Cougars to three state championships from 1973 until his retirement following the 2014 season. He finished his head coaching career with 14 consecutive winning seasons.

"We have lost a legend with the passing of Jim Oddo," Mike King, head men's basketball coach at Charlotte Catholic, tweeted. "As a young coach I learned so much from just watching him and his passion for coaching young people. I never played for him but I always called him Coach."

During his tenure, Oddo led Catholic to 358 victories and 30 playoff appearances. His teams made it to six state title games, with victories in 1977, 2004 and 2005. According to Charlotte Catholic, Oddo's 358 wins are a state record for a coach at a single school.

Coach Oddo was Head Coach from 1973 until 2012 winning 358 games in his career, the winningest coach at one school in state history. Over 41 seasons, the Cougars made the state playoffs 30 times including six state champ appearances. He led them to the title in 1977, 2004 & 2005