How will Scott Fitterer look to re-shape the Panthers franchise?

Insight in to the new General Manager's team-building, and QB drafting philosophies 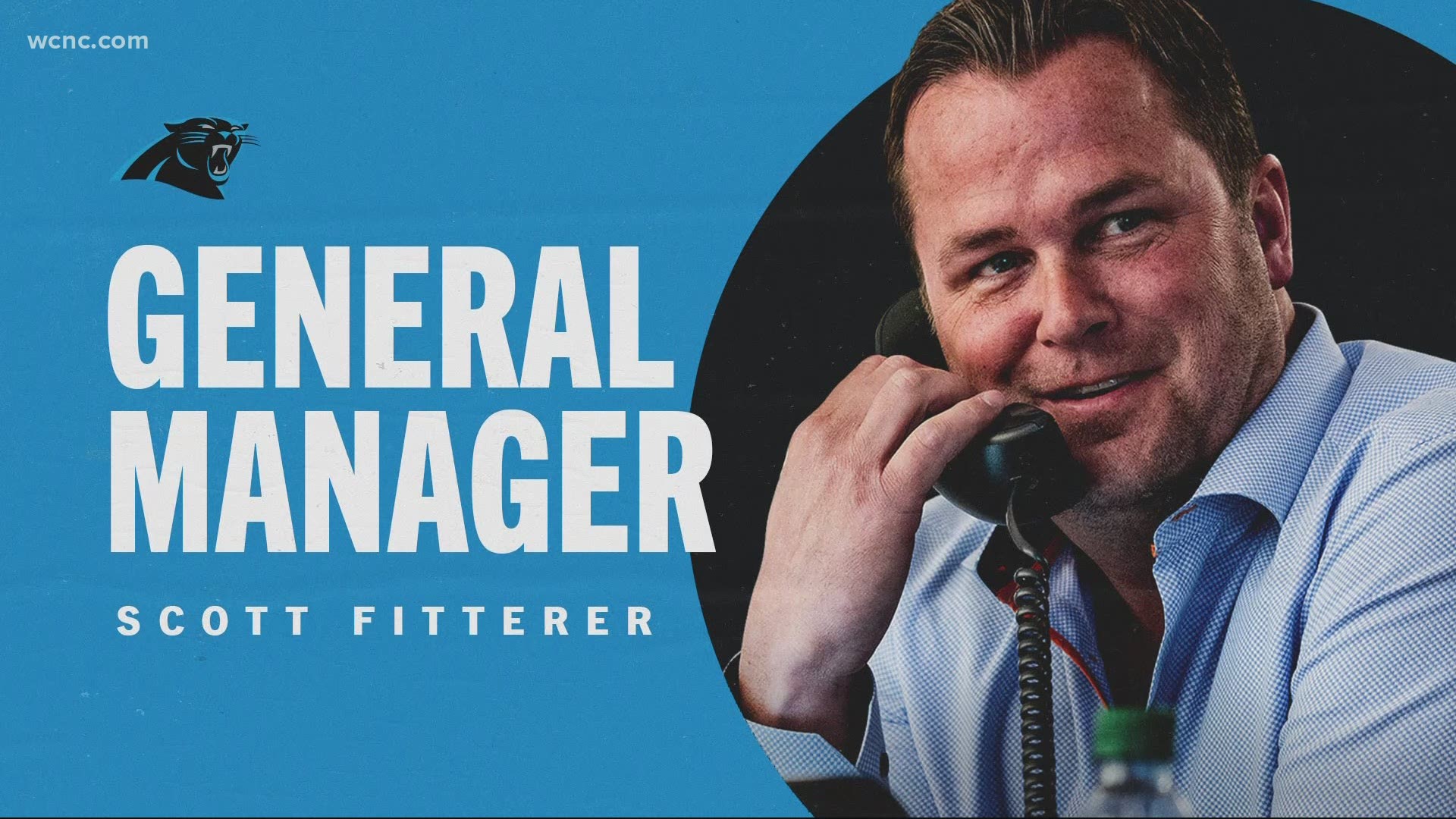 Fitterer was born and raised in Seattle, and has been with the Seahawks in various roles since 2001.

But most recently, he has been a co-assistant GM to John Schneider, who recently signed a long-term extension.

WCNC Charlotte Sports Director Nick Carboni spoke with Bob Condotta, the Seahawks beat writer for the Seattle Times, to learn more about Fitterer, and what his team-building philosophies might be in Carolina.

Working under GM John Schneider, how big a hand did Fitterer have in the Seahawks success the last decade, with nine playoff appearances in 11 years, two NFC Championships and a Super Bowl ring?

Scott is one of the guys who since Pete and John have been here, it's by far the most success the Seahawks have had. Scott was a big part of that from the personnel side of it for sure.

One of John Schneider's over-arching philosophies is that it's a 365-day-a-year business. There could be so much emphasis on the draft and free agency, but you can make your best acquisition in August. It could be a waiver claim pick up in August when people aren't paying attention.

That's sometimes why they like to keep flexible and not spend all their money in March when free agency rolls around. Sometimes there's a guy suddenly available in August, and we have some cap room to get him in and maybe some draft picks that are available and we haven't traded our entire draft for the following year, we can make this work now.

How was he viewed in the Seahawks organization?

Probably the last five years I think I've written stories in the offseason about how he's being looked at by this team or that team. He might have really been looking for the right opportunity to leave, and knowing this year that Schneider had signed a contract through 2027 might have made him a little more serious about leaving this time.

What team-building philosophies would Fitterer take from Seattle to Carolina?

They've always had fairly specific philosophies, especially on defense. A lot has been made of their secondary in particular. Taller corners, who have long arms. Richard Sherman is a prototype of that.

One of their basic draft philosophies is volume drafting. The Seahawks are really known for trading down. They've always been a big proponent of that. If you can turn seven picks in to 10 or 11, they feel that their odds are better of getting three or four really good players out of that instead of putting all your eggs in one basket.

They've never been the biggest player in free agency. Part of that is because they've had a lot of very good players of their own they wanted to re-sign. They've never been the team that on the first day of free agency they sign someone to a huge deal that makes everybody go 'wow.' They've often waited a couple of days in to it to get more of the bargain guys at that point.

What's his philosophy on quarterbacks?

I would expect coming out of this philosophy that Scott would definitely be aggressive about doing that. Making sure that you've got enough quarterbacks. It's such an important position that you're never set there.

The Seahawks the last few years were rumored to have looked at Josh Allen and Patrick Mahomes. People were like why would you draft a QB in the first round if you have Russell Wilson? Part of the same philosophy, you're never neccessarily good enough (at the position).

Where does Fitterer fall on the analaytics vs. scouting background spectrum?

Scott has been around for a long time. I think analytics have always sort of been a part of it. He's been with one organization for 20 years, so he's seen it a couple of different ways. Mike Holmgren's way, and now the John and Pete way. Schneider has a blurb every year about how much he loves Football Outsiders. Certainly they're an organization that does care about that.