Despite recent back procedure, Farley was at Virginia Tech to talk to teams at Friday Pro Day 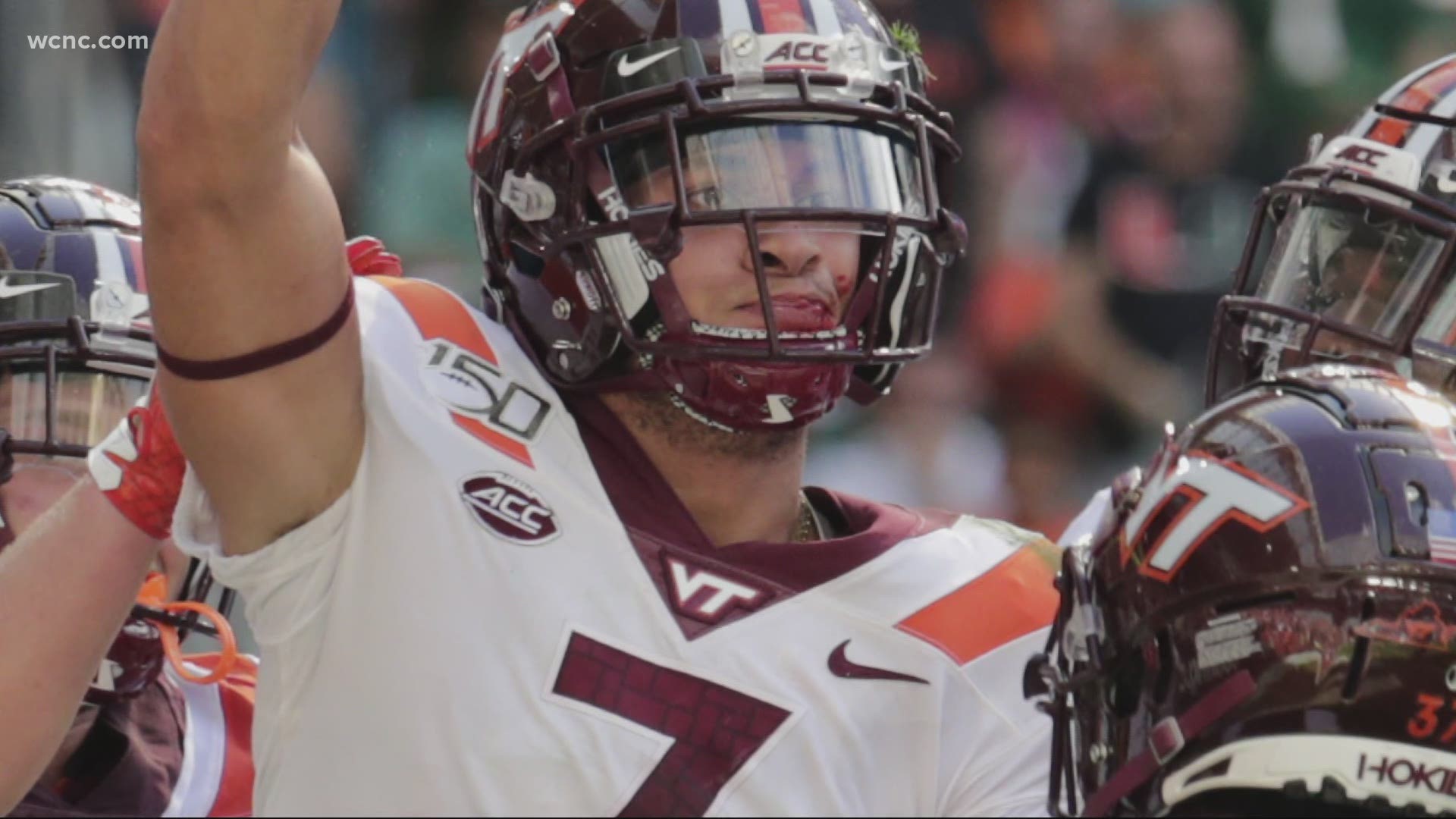 BLACKSBURG, Va. — Caleb Farley was unable to participate in Virginia Tech's Pro Day on Friday because of a back procedure this week.

But the Maiden High School great still came to Blacksburg to meet with assembled NFL personnel.

Farley, one of the top cornerbacks in the 2021 NFL Draft, had a microdiscectomy on Tuesday to repair a bulged disc.

But he said he will be ready for training camp, and it's not an injury teams should be concerned about once they find out the full details.

"When teams look at the imaging and get the real information," he said. "I don't see an issue."

Farley: "If a team wants the best corner in the draft, they'll come find me."

Farley says teams shouldn't worry about his back when they see the imaging and get all the information. https://t.co/2Zr8Kuks3M

Farley, whose mother died of breast cancer in 2018, opted out of the 2020 season, citing health concerns for the rest of his family.

In two seasons for the Hokies, he had six interceptions, a touchdown, 19 passes defensed, and a sack.

With size at 6-foot-2, Farley is one of the most coveted defensive backs in the draft.

"If a team wants the best corner in the draft," he said, "they'll come find me."

Farley was the Southern District 7 Player of the Year at Maiden, and a second-team, All-State quarterback.

He set the single-season school rushing record with 2,574 yards.

His 58 total touchdowns in a single season is third in state history.